There’s something alluring about a brewery at the cusp of its inception. Many breweries follow a traditional path: build it, brew it, sell it. While this tried-and-true method has proven effective, some opt for the road less traveled, and yes, it makes all the difference.

Brian Mercer’s tale begins in a different branch of the brewing industry. Originally a salesman of brewing ingredients, Brian’s quest for perfecting Belgian beers has (literally) taken him around the world. Since founding Brouwerij West, Brian has been a nomadic brewer, borrowing the use of others’ facilities to bring the beer world his Belgian-style saisons and other such offerings.

The “gypsy brewing” lifestyle only worked for him for so long, so he put a plan in motion to lay down roots in his hometown of San Pedro, Calif. It’s been more than two years since then and Brouwerij West has laid down its foundations. After developing his beers in other brewhouses, Brian Mercer is happy to call Brouwerij West at the port in San Pedro home. Mercer’s tanks will sit in a handsome refurbished 120,000 square foot WWII-era warehouse at the Port of Los Angeles. 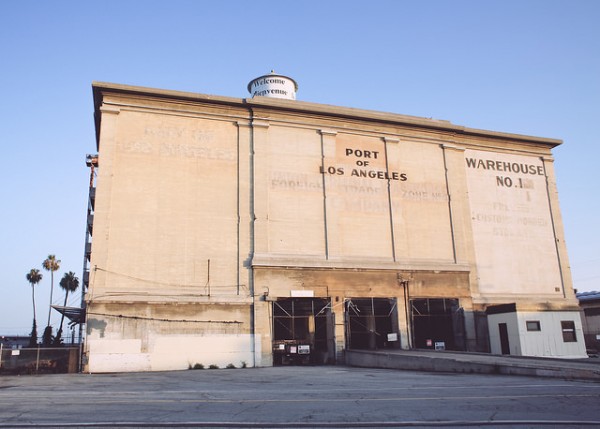 It was a privilege to sit with both Brian and Business Operations Manager, David Holop. We talked at length about his beginnings, his plans for the future and just about everything in between.

Brian Mercer is already well-known in the beer community for selling candi syrup used for brewing. About a decade ago, unsatisfied with the quality of American reproductions of the classic Belgian styles, Brian packed his bags and set out for Belgium to uncover their secrets. After negotiating with European suppliers, Brian was able to source the ingredient for U.S. brewers, resulting in the excellent variety of old-world style beers than can be found today.

Brian’s quest for artistic perfection has resulted in a bevy of labels for his bottled product. He works with a number of artists for his beer labels (including ones who have worked with Wes Anderson), frequently changing things up even for existing beers.

During our first get together, he broke out a portfolio and shared a vast number of labels past, present and future. The styles range from quirky/fun, to complex, to Esher-esque, but all somehow retain a certain Brouwerij West look and feel. One other thing is common to all the labels: they all carry the name of the artist. In our discussions, Brian noted how important he feels it is for artists to be credited with their creations. Given the number of artists who seem enthusiastic about working with him, I’d have to opine that they greatly appreciate this fact.

AM: Educate me about candi syrup. BM: Candi sugar is a Belgian sugar commonly used in brewing, especially in stronger, Belgian beers such as a dubbel. Candi sugar is an invert sugar: one that has been converted from sucrose to a mixture of fructose and glucose by heating with water and acid (usually citric acid).

AM: What can American brewers learn from Belgian brewers? BM: The thing that attracted me to Belgian brewing was the simplicity of brewing basic beer. I’ve learned the importance of committing to keeping your ingredients simple and treat your yeast with TLC. Simplicity is attractive—it spoke to me.

AM: Explain the core values of Brouwerij West. BM & DH:

DH: The spelling of ‘Brouwerij West’ is a tribute to how we started. 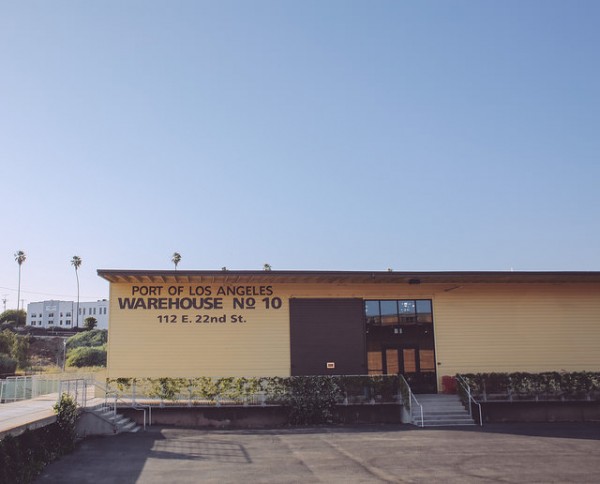 AM: What did you take away from your trips to Belgium? BM: I’m super thankful to witness first hand the real focus and dedication to one primary goal of trying to brew the best beer they can.

AM: What new beers do you plan on adding to the Brouwerij West catalog? BM: At the moment some of the beers we’ve already done. More saisons, quads, triples, brett-based beers, tart beers (almost sourish), fresh fruit beers (Dog Ate My Homework with fresh blackberry) and Belgian pale ale variation (with more bitterness). After a trip to Jester King we were inspired by local yeast/bacteria capture and plan to experiment with yeast capture on the roof of Brouwerij West.

AM: Where do you draw your inspiration? BM: Beers that I love like Fantôme, Orval and a number of Trappist beers. I’ve always wanted to brew a Rochefort. I love art. Being a failed photographer, it’s thrilling to be apart of art in a different way.

AM: What’s your favorite thing about what you do? BM: I really love the interaction of the brewing process, selection of ingredients and being involved with yeast. The privilege to brew anything we want and hope people enjoy our beer and think it’s cool.

AM: Who are some of your greatest mentors in the industry? BM: My hero’s Brasserie Fantôme, Thiriez, Orval and Brasserie Rochefort. Last year at The Festival (Shelton Brothers) it was great to meet American brewers from Jester King and Crooked Stave. I wish we could of had Fantôme at the event!

AM: What do you consider the most undervalued style of beer? BM: A lot of the German styles are under-appreciated. They’re not as sexy and exciting as some of the American craft beer styles. English styles as well, you don’t see those styles being utilized here.

AM: What’s the most undervalued brewing ingredient? BM: Malt, it becomes the bulk of your ingredients and hops may cover the flavor up. Water is second, the mineral quality of your water is important. Malt can be bright or aromatic. You need to grab a handful of malt and chew it.

AM: What is your favorite beer and food pairing? BM: I like trying beer without food, as a brewer I want to get alone and enjoy a clean glass. As we get closer to opening I’m looking forward to working with chef Brenden Collins. DH: Stout beer float with ice cream.

AM: How old were you when you had your first beer? What was it? Do you remember any details of your first encounter? BM: While living in Greece (at the age of 24) I would venture on fishing trips, during one trip one of my buddies introduced me to Amstel Light. There will always be a sense of nostalgia every time I drink that beer. 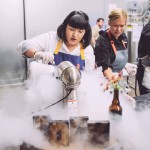 Andrea Machuca is the executive chef of The Culinary Underground, a craft beer-focused and chef-driven supper club in Orange County, Calif. Andrea is a avid lover of artisan cheese, craft beer and food parings and local microbreweries. Her perfect day would start at a local famers’ market and end with fresh DIPA.

Jessica Rice enjoys taking photos, reviewing beer events, bars and restaurants and loves making baked goods and various deserts. She also just so happens to be a huge fan of craft beer. All of her passions combine on her blog Beer and Baking.

Brewer Interview: Brian Mercer of Brouwerij West was last modified: August 6th, 2015 by CraftBeer.com
CraftBeer.com is fully dedicated to small and independent U.S. breweries. We are published by the Brewers Association, the not-for-profit trade group dedicated to promoting and protecting America’s small and independent craft brewers. Stories and opinions shared on CraftBeer.com do not imply endorsement by or positions taken by the Brewers Association or its members.