Birth of a Hop

Fact: beer lovers love hops. Long gone are the controversial, and shameful to some, bitter beer ads of the 1990s. With more than 2,800 craft breweries in America, hops are having a heyday, and the full-flavored beer envelope is being pushed to infinity and beyond.

These beauties weren’t always the popular, well-tapped hop giants that they are today. Each one was once an emerging experimental hop variety.

I recently participated as a taster in a study on experimental hop cultivars at Oregon State University’s Department of Food Science and Technology. This fascinating process got me thinking about the life cycle of the mighty hop flower and how hops come of age. 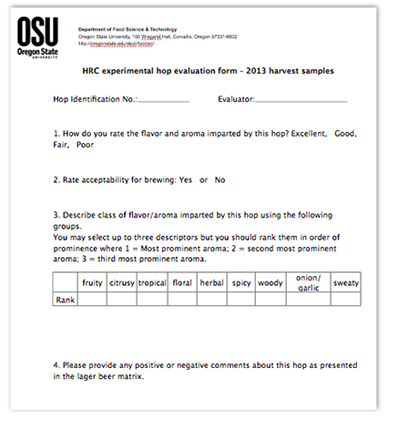 For any one hop variety that makes it to market, several hundred people have often provided feedback. It can take up to five years’ worth of tasting the hop at different stages to get it ready for primetime.

For our tasting, OSU provided beers brewed with experimental hop cultivars from the 2013 harvest in Oregon and Washington. As taste testers, we were asked to rank each beer according to the class of flavors and aromas we detected.

By sharing what we perceived in each of the unnamed hops, we were weighing in on their fate as potential new hop varieties. We were either improving their chances to make it to market…or weeding them out. Download evaluation form.

A Snapshot of the World Hop Market

Currently, there are about 200 varieties of hops commercially available. Dr. Thomas H. Shellhammer, professor of food science at OSU, estimates there another 100 advanced lines of experimental hop varieties now in development world-wide, perhaps 5-10 of which might come to market within the next twelve months.

A few short decades ago, brewers around the world used a mere 40 or 50 varieties. Beer lovers are lucky to be in the midst of a hop rush that will take our taste buds to even higher places.

That means hop growers will play an increasingly important role in the craft beer scene—and brewers know it. As Tony Magee of Lagunitas Brewing Co. shared recently via Twitter: “Who would u guess 2 be the most important person in US craft brewing? A brewer…? Think again. He’s a Hop grower named Jason Perrault! Word.”

In this video, Hopunion, LLC talks with Jason Perrault who shares just how difficult and amazing the hop plant is: “Hop Breeding Series: The Basics.” 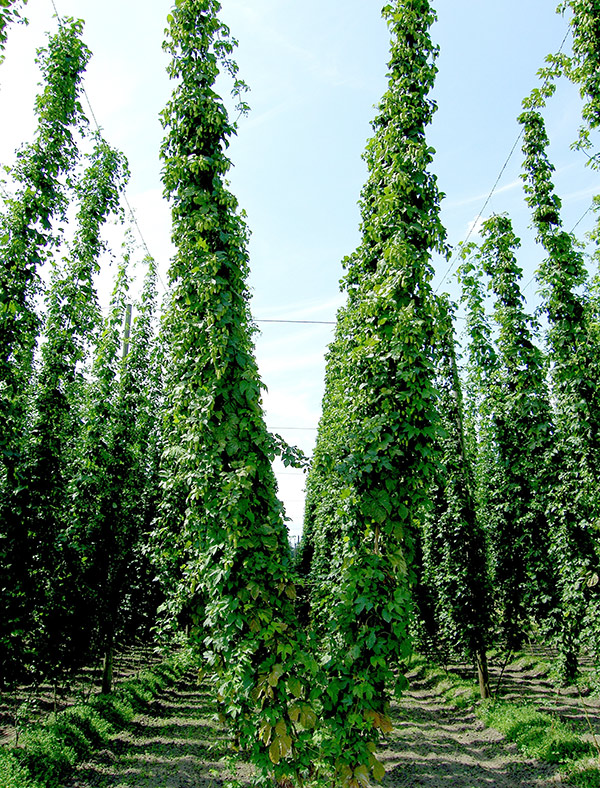 Here are some fun facts about the world of hops: 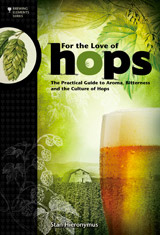 It takes about ten years (on average) to develop each new hop variety—thus the less than two hundred worldwide varieties today. Here’s one version of the hop creation process, as described by Stan Hieronymus in For the Love of Hops: The Practical Guide to Aroma, Bitterness and the Culture of Hops (p. 69).

Year 1: Seedlings are grown in greenhouses and selected for powdery mildew resistance

Years 2-4: Plants are field-assessed, evaluated and harvested, chemically analyzed. The Oregon Hop Commission and the Hop Research Council decide which look promising. The HRC was established in 1979 by brewers, dealers, and growers to fund and direct U.S. hop research. Boston Beer Company and Sierra Nevada Brewing became members relatively recently, and the Brewers Association joined the HRC in January 2012.

Here are some examples of craft brewers who are breaking new ground with experimental hops:

Ales for ALS | Fundraiser for Lou Gehrig’s disease Ales for ALS is a multiple year effort encouraging breweries to work with this unique hop blend to reach a $1 million fundraising goal. In 2013, Russian River and Bell’s Brewery were involved and hops donated to the brewers by Loftus Ranches and Hopunion. Hops: HBC 462, Mosaic (formerly called HBC 369), HBC 344 and HBC 366.

Once a hop does make the big time and becomes commercially grown, it’s fascinating to watch brewers adopt it and see which varieties are the most popular from year to year. The Brewers Association Hop Usage Survey reports:

The top three hops used in 2007-2008, 2008-2009 and calendar 2009 were Cascade, Centennial and Willamette. These three varieties alone accounted for 42%, 44% and 38% of total pounds of hops used in their respective survey years. Craft brewer hop usage is heavily skewed towards aroma varieties.

CraftBeer.com will never stop researching and publishing information on this amazing ingredient in beer. Check out which hops are used at your local brewery taproom or brewpub and be sure to keep an eye out for any fringe brewers playing around with the next up-and-coming hop star.