5 Beer Stats You Should Know

“Aw, people can come up with statistics to prove anything, Kent. Forty percent of all people know that.” – Homer Simpson

Numbers allow us to communicate ideas in many different ways. Numbers are everywhere in society, and not just in complicated math problems. Numerical values are often used to provide proof — although sometimes false proof. Simply put, we use numbers to explain and generalize abstract notions like sports and even craft beer.

Craft beer is certainly an abstract idea. I often see numbers on tap lists and menus that are meant to help explain what a particular beer will be like. For instance, you might notice a number denoting IBUs next to an IPA, or an American stout with a 1.070 O.G. (Original Gravity). These numbers provide a numerical profile that represents a beer’s character, but do they help you make the right decision at a tap room or bar? Not necessarily.

In most situations where you’re making a decision, it’s best to gain context about what the numbers you are looking at refers to. It is my experience that when dealing with beer, the stats are overvalued by many beer fans when ordering a pint. Let’s take a look at some of these numbers, figure out what they represent and how they might help you in the future. 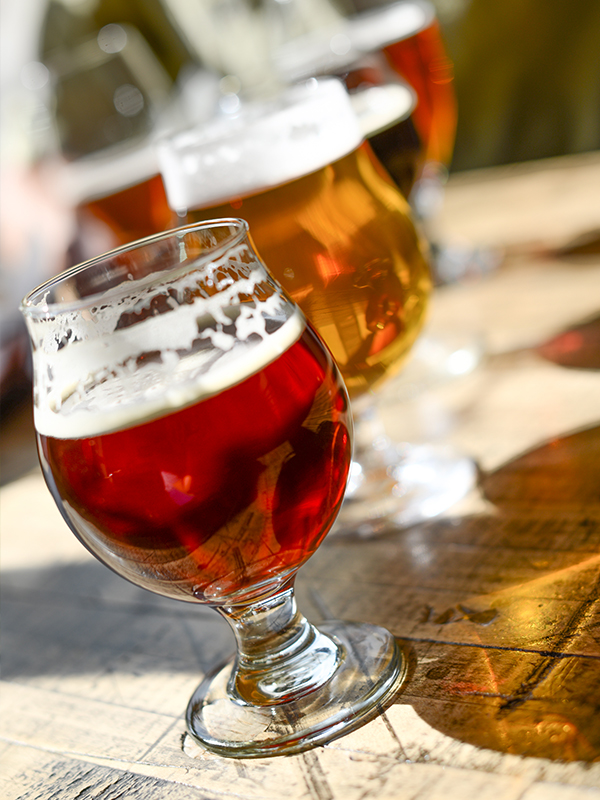 The craft beers at your favorite local watering hole are probably served in variously shaped glasses of different sizes. Establishments provide specific sizes to help track inventory, sales and responsible enjoyment. For you and me, it’s nice to be able to expect a consistent amount of beer to be served when we order. It would be frustrating to get a tulip glass the first time, a goldfish bowl the next, only to be served the same beer at the same price in a thimble on your next visit.

In the U.S., we often generalize the term “pint” of beer, but there are many serving sizes available. The number that corresponds to a pint in America is 16 ounces. Does 16 ounces of liquid hold some magical significance? Not really, and in the U.S. there are no laws dictating a “proper” pour. The term “pint” refers more to the style of glass than the number of ounces.

Some people take the term pint very literally and demand a re-pour if the glass presented to them isn’t filled to the brim. To each their own, but I’d much rather see an inch of foam atop my beer than have it spilling all over the bar as I try to pick it up.

If you’re worried about numbers, here are a few that may have more value. 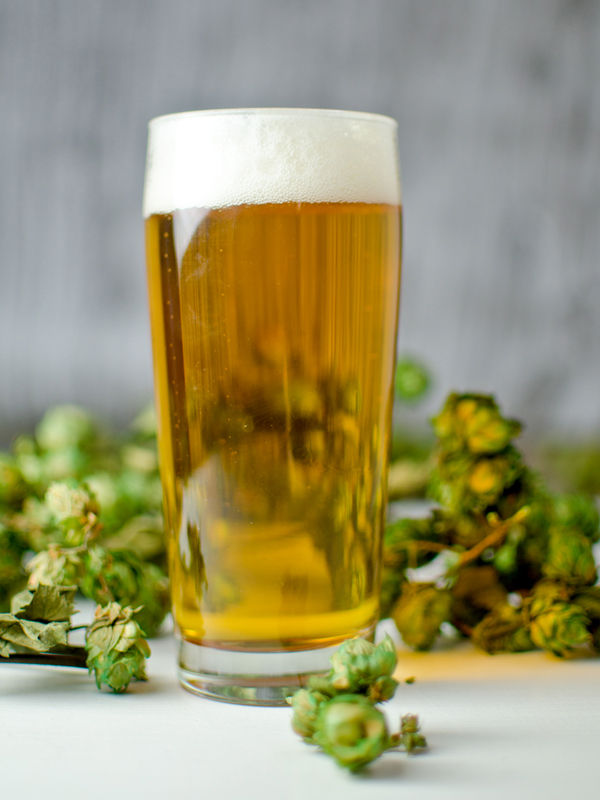 In my opinion, if there is a number that craft beer fans place an overemphasized value on, it’s IBUs (International Bitterness Units). IBUs numerically represent how bitter a beer is supposed to be. Beer’s bitterness is most often attained by the concentration of isomerized alpha acids present in the finished beer (different hops contribute different amounts of alpha acids).

The higher the IBU, the more bitter the beer. So hop heads should automatically go for a beer with a higher IBU, right? Not so fast! Just because a beer has a high IBU, doesn’t necessarily mean your perception of the bitterness will correlate. Lots of factors affect how you perceive bitterness in your beer, mainly the other ingredients in that beer.

As an example, let’s look at two beers by Avery Brewing Co.: Avery’s Mephistopheles (imperial stout) and Avery IPA. Mephistopheles is described by the brewery’s website as “velvety and liqueurish … a bouquet of vine-ripened grapes, anise and chocolate-covered cherries with flavors of rum-soaked caramelized dark fruits and a double espresso finish.” By contrast, Avery IPA is described as, “Colorado’s hoppiest pale ale.”

(READ: Would You Get a Tattoo for Free Beer for Life?)

Which do you think has a higher IBU reading? Mephistopheles comes in at 80 IBUs, while the IPA has 69. The lower Final Gravity and lack of dark specialty malts, however, may give the IPA the perception of being more bitter.

So if you want something “hop-forward,” the IBU rating may not always lead you in the right direction. Couple that with the idea that humans can’t really perceive bitterness over 100 IBUs, I’d suggest not allowing this to factor too much in your decision. If you are choosing a beer solely on the fact that it boasts 200 IBUs, understand that most IBU ratings are estimates, and if that beer did, in fact, have that amount of IBUs, you are drinking what amounts to a “hoppy” dog whistle — a bitterness so high-pitched, you can’t hear it.

To compound matters, I fear that a high IBU reading is often misinterpreted as a representation of high quality. I don’t buy it. America’s small and independent craft brewers are making exceptional craft beers, whether they have 100 IBUs or 10.

I think listing beer gravities in bars is currently reserved for a few of the most uber-geeky establishments, but as the popularity of craft beer grows, it’s certainly possible that we’ll start to see more of it. I know that Russian River Brewing Co. provides gravity information at their taproom, and breweries like Rogue Ales and Oakshire Brewing include gravity information on their labels. So what does it matter to you? I go into more detail about how brewers use gravity in “Defining Gravity,” but as a craft beer patron, how does gravity affect your choice?

Using these readings, homebrewers and professionals can determine the Alcohol by Volume (ABV) of a beer, among other statistics. 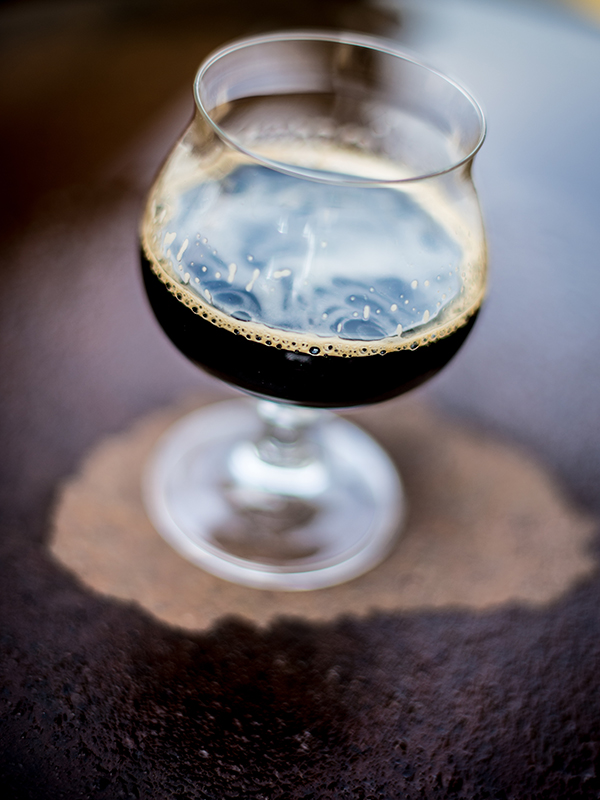 As far as a number that is easily determined and important to beer fans, ABV seems to be an important number to know. For one, we all have a duty to represent the great beverage of craft beer responsibly to its fullest extent. While a higher ABV often represents a greater level of flavor and complexity, it also means that the physiologic effects of alcohol play a greater role.

Many retailers recognize this by serving higher ABV beverages in smaller glasses. I am more than happy to be served a 12 percent ABV beer in a snifter (6-8 ounces). Often the quantity is not the draw in these beers. On the other end of the spectrum, low-alcohol craft beers, often called session beers, have fallen into favor by U.S. craft beer fans. These beers should not be viewed as an excuse to over indulge, but rather they provide the full flavor experience craft beer fans are looking for without the amped-up ABV.

As I have progressed in my admiration for beer, I have found myself seeking out craft beer establishments with an ABV-balanced tap list. To keep track, I have started a personal tally of the average ABV of the offerings at beer establishments I visit. I have coined it the Andy-oza Line. I add up all of the draught offerings’ ABV listed at a bar — it could have five taps, or 100. Then I divide that sum by the total number of taps to come up with the Andy-oza Line for that pub. I then compare that number to the national average ABV of craft beers, which is 5.9 percent ABV (this average was determined by Bart Watson, the Brewers Association staff economist).

If the figure falls between 7.7 percent and 4.1 percent ABV (which represents one standard deviation on either side of then national average), I would consider that a pretty balanced tap list. Try it at your local bar and tell me what you get.

Numbers are Factual, People are Fallible

Each of the numbers described here will help you define attributes about the beer you order. It is fantastic that more establishments are providing this information when it comes to the beers they choose to serve. It’s human nature to want to know as much as possible before making choices. But, it is important to understand what these numbers do and don’t represent.

Numbers provide a singular piece of data that only draws a portion of the picture. Without other points of reference, it’s difficult to understand the weight it should play in our decision, especially a decision as important as our next craft beer.

5 Beer Stats You Should Know was last modified: October 15th, 2019 by Andy Sparhawk