Walking through the doors of the Great American Beer Festival can be overwhelming for a first-time attendee, or even a festival veteran. So many breweries times so many beers equals an experience where no beer fan can possibly hope to catch them all.

How can you avoid missing out on some of the most awesome beers at the festival? First, take a deep breath and realize that this is one of the most highly regarded festivals in the world. Each beer was sent to the festival with a mission and most of the time with the beer drinker in mind.

Setting a strategy before you walk in the door can help take off the pressure. We came up with nine creatively-themed tracks — think of them as missions or quests or even scavenger hunts — to add an element of mystery to your GABF experience. Most of all take it slow, drink plenty of water and remember that the festival is about the enjoyment of beer overall. As Andy Sparhawk recently reminded us: beer is supposed to be fun. 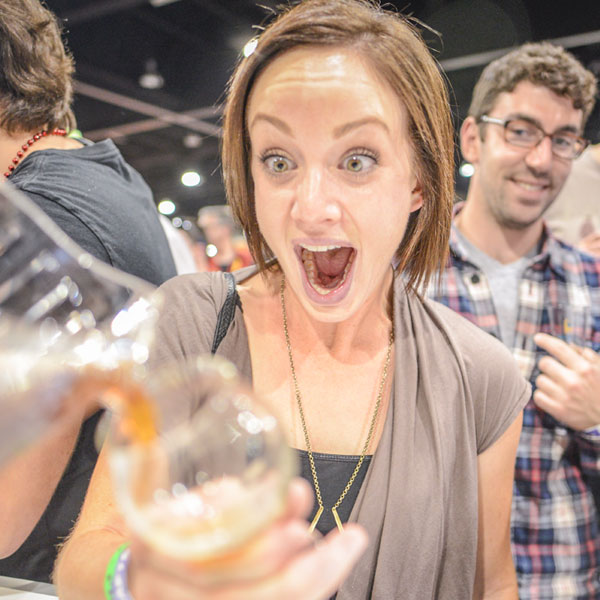 Are you a people person? Do you like to let fate be your guide? Then try being a Social Butterfly. This is where you ask a friend or the person pouring beer at a table which brewery you should try next. This is a great way to find out some other people’s favorite beers and break some ice.

Wander around and try one or two beers from each of the regions in the festival hall, or one beer from each of the 50 states. Have you ever tried a beer from North Dakota? Fargo Brewing will represent the Peace Garden State. What about Alaska? Alaskan Brewing will be in attendance for the 49th State. Allagash Brewing will be the sole Maine brewery. Wander around and see what new beers you can find. After all, not all who wander are lost. 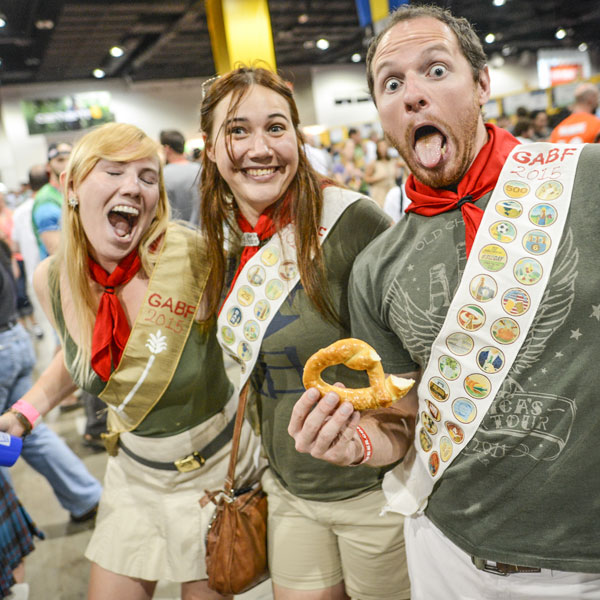 Taneleer Tivan collects rare and wonderful objects from around the galaxy in the Marvel Comics Universe. What strange and wonderful beer ingredients can you find this year? See how many new ingredients you can try in your beers. Did Wynkoop Brewing bring their Rocky Mountain Oyster Stout? Did Firestone Walker or Adroit Theory happen to bring any beers aged in mezcal barrels? See how far you can step out of your comfort zone. 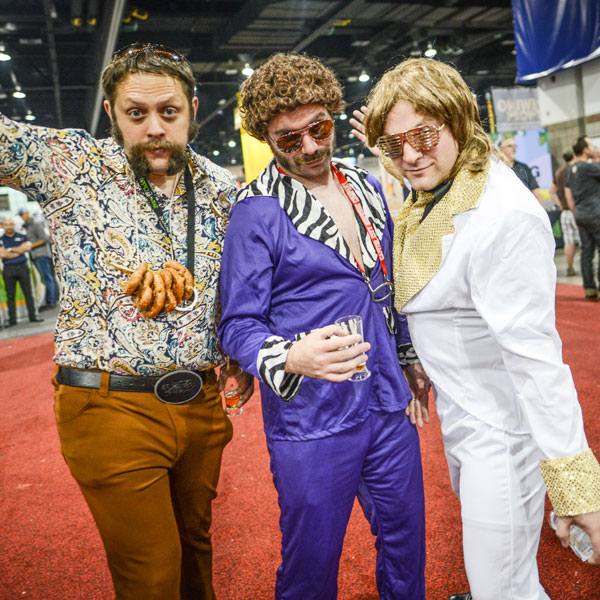 Arthur Fonzarelli  knew lots of people and everyone felt like they knew him on the 1970’s sitcom Happy Days. Say “heyyy” to the CraftBeer.com interactive Beer Style guide and see if you can sample beers from categories you’ve never tried before.

“Archeology is the search for fact, not truth,” Indiana Jones told his students. Just as Indy went in search of historical artifacts, brewers at GABF have produced beers fitting historical styles. Try to drink one of each of these historical beer styles: grodziskie, Lichtenhainer, gose, Berliner weiss, zwickelbier, adambier and rauchbier.

6: The Muscles from Brussels 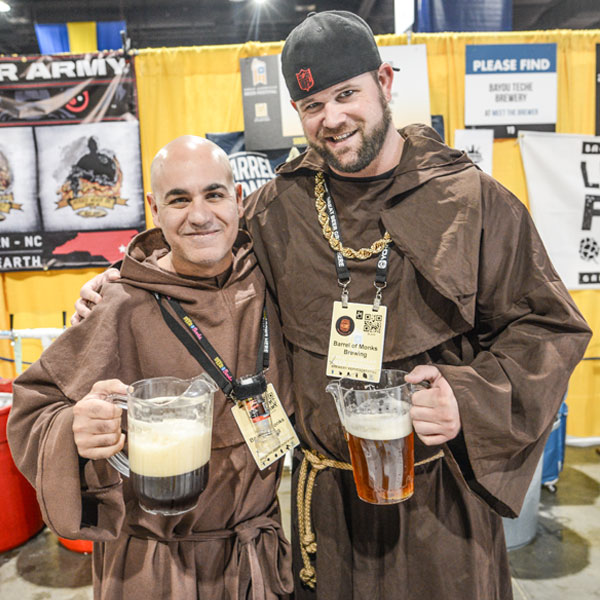 Just like Jean-Claude Van Damme took America by storm, now GABF brews up a storm of Belgian-style beers, all of them worth a try. In this track, sample beers with Belgian influence: golden ale, Belgian IPA, Belgian wit, sours and lambics. If in doubt, see if the beer’s name has the word “Belgian” in it. 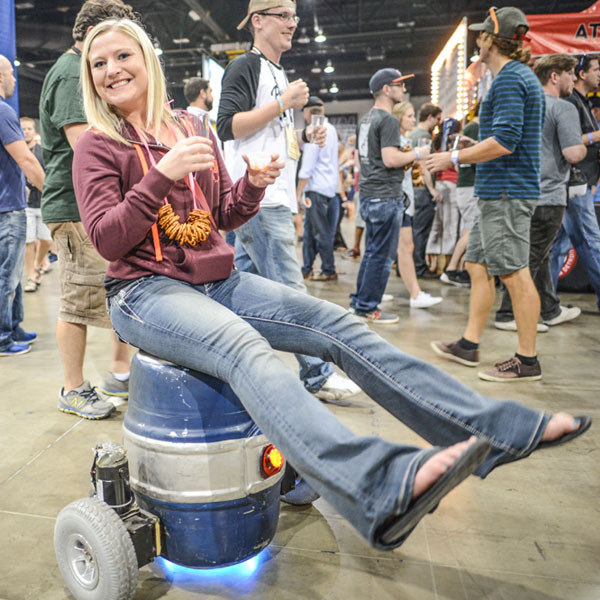 A Jedi can appreciate this search for the light side of malt. Just as Luke trained with Yoda on Degobah and learned the ways of the force, this search looks for lighter-colored beers. These beers aren’t necessarily “light beers;” instead, they’re mainly beers brewed with lighter colored malts including the cream ale, kolsch, pale lager, pale ale, IPA, goses and pilsners.

Just as Darth Vader told Luke Skywalker, “You don’t know the power of the Dark Side,” GABF can be your ticket to exploring beers made with dark malt in some way. Hopheads in particular can stretch outside their comfort zone to find beers with dark and roasted malts including stout, porter, black IPA, milk stouts, imperial stouts and schwarzbiers. 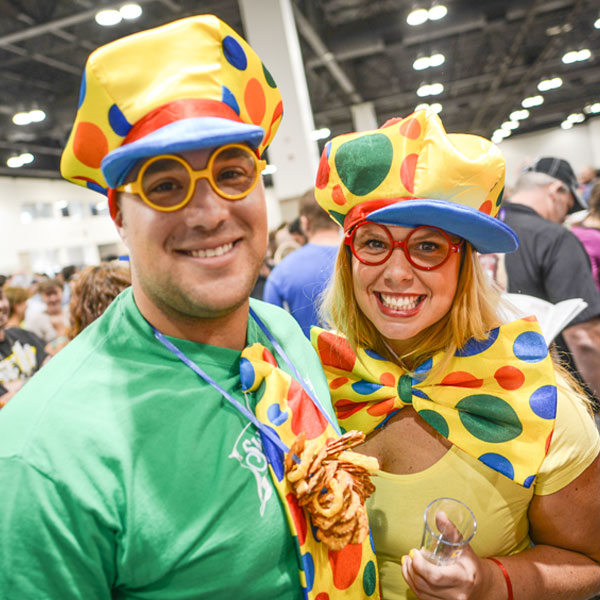 This is a horse of a different color. On this track, enjoy beers made with fruits, roots, woods, and barrels, or even beers of a different color like Irish reds, etc. The deeper the color the more unique the beer. How many beers are made with passion fruit? Dragon fruit? Lychee? Lingonberries? See how many strange fruits you can pick off this beer list.

(MORE: A Fascination with Foraged Beer)

No matter how you choose to enjoy the Great American Beer Festival, make it memorable by enjoying in moderation, drinking plenty of water and being patient with fellow festivalgoers and staff. Remember that this event celebrates the community of beer, and we are enjoying this together. Cheers!