Advice from a Brewery Founder: How to Tell if Your Beer is ‘Pure’

Life is good for a beer drinker these days. Thanks to the surge of craft beer, the choices seem endless, and the overall quality is at an all-time high. As a result, questions abound as beer drinkers stare lovingly into the cooler at their favorite beer outlet.

“What style of beer is best suited for this evening’s shenanigans?”

“Should I pick an old favorite or check out something new to the scene?”

“Does this IBU make me look fat?”

(MORE: A Brewer’s Take on Where Craft Beer is Going Next)

Among the more important questions beer drinkers should ask themselves is whether a beer is “pure.” Without nutritional information or ingredient lists, how is a beer drinker to know if a brewery is deserving of their hard-earned money? There may not be a method to determine this pre-purchase, but once a beer is poured and consumed there are simple techniques to determine if a brewery is one that should make it into your rotation of favorites. But first, let’s take a look at how the notion of “pure beer” came to be.

Reinheitsgebot, the old German Purity Law (and sound my dog makes when he sneezes) has been around longer than the United States has been a country. Developed in 1516, this doctrine was enacted to ensure that the beer produced was of premium quality using only three all natural ingredients: water, barley and hops ( a fourth ingredient was later added once it was discovered the role yeast played).

In this day and age, the number of breweries in the U.S. adhering to this doctrine can be counted on one hand (two if you’ve lost a fight with your snow blower). The Germans believed that truly pure beer is unattainable. Like life itself, the journey (towards pure beer) is the goal.

“The Germans believed that truly pure beer is unattainable. Like life itself, the journey (towards pure beer) is the goal.”

What prevents a beer from being “pure”? From brewing techniques to ingredients, there is no shortage of methods that could be used. For example, you may never wonder how beer is filtered, but would it surprise you to know that horse hooves (gelatin) and fish guts (isinglass) are sometimes used to filter beer?  Personally, I’d rather a little sediment appear in my beer than drink something that got intimate with Nemo’s intestines. Here’s how I size up a beer in three easy steps.

Pour your beer into your favorite clean, rinsed glass so that when finished you’ve got a nice head on top. Don’t be shy with the pour- be aggressive without creating an overabundance of foam. A pure beer will have a rocky foam head, meaning it has a richness to it and the bubbles are not all the same size and shape. Beer that isn’t pure will have little to no head, and if it does, it’s thin and wispy.

(MORE: What’s Wrong With My Beer?)

After a few sips (or if you live in the Midwest, gulps) take a look at the side of the glass. A pure beer should have foam — or “lacing” — that clings to the inside of the glass. If you started with a clean, rinsed glass and you don’t see this lacing then chances are the beer you’re holding isn’t pure.

Once you’ve finished that first glass, pay attention to any lingering flavors that remain on your palate. Pure beer finishes clean. Beers made with chemicals or unnatural ingredients will rarely- if ever- have a clean finish.

Once you’ve finished your beer, if you truly desire another (and even another after that), then that beer passes what we in the industry refer to as the “three pint test.”

If after three beers it passes the steps mentioned above, it didn’t become boring, and there aren’t any “off” aromas or flavors, that beer is well made and worthy of your attention. With virtually limitless options facing craft beer enthusiasts these days, there is no reason to waste your time with beers that aren’t.

Advice from a Brewery Founder: How to Tell if Your Beer is ‘Pure’ was last modified: June 14th, 2018 by Otto Dilba 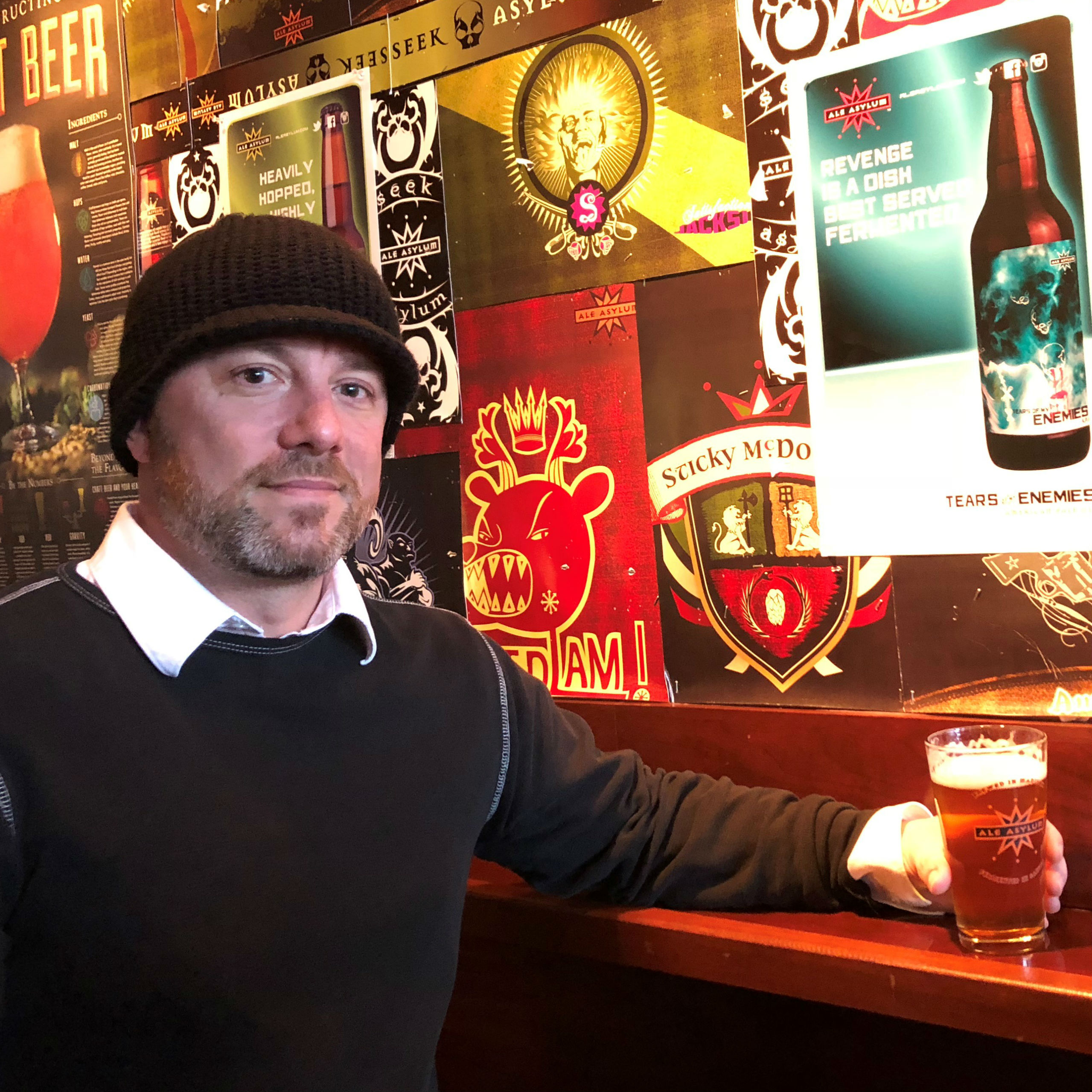 Bartending his way through the University of Wisconsin-Madison, Otto met Dean while working at Angelic Brewing. Despite graduating with a degree in communications, he continued to work at the brewery following graduation. After a few stints in business development and graphic design, Otto applied his marketing background to create the brand that is today Ale Asylum. Designing logos, naming beers, and everything in between, Otto is the mastermind behind this beloved brewery. With a strong passion for quality control, he believes in keeping packaging and brewing in-house because “they will never let anyone else diaper their babies.”