In 2012, “Call Me Maybe” by Carley Rae Jepsen took over the radio. Like most songs of the same ilk, the responses were polarizing. Gals went crazy while their boy toys feigned hatred but were often busted singing and dancing to the tune.

“Call Me Maybe” made most top hit lists of 2012. But these lists aren’t limited to specific genres of music—they recognize that great songs come in all shapes and sizes—some for masterful songwriting and some just because they’re fun. In the same light, a beer lover’s recognition of great craft beer should be open to all styles, including the often discriminated against category of lagers. Leave your pretenses behind and enjoy these beers!

Beers Don’t Have to Be Extreme to Be Good

I love lagers and feel their reputation is often overshadowed by misinformation and peer pressure. Beer drinkers seem to be broken down into two categories: 1) those who drink the same old American adjunct lager and live in fear of “wacky beers,” and 2) those who want extremes and think everything else is wussy.

I say versatility makes beer fun! Some beers are suited for sitting poolside in the summer heat, while others have the sophistication for fine dining. Some are made to drink a few at a time, while others should be shared like a bottle of wine. In every style there are good and bad examples—just because a beer is an IPA doesn’t mean it’s good!

The best beer drinkers I know enjoy every style and can pick out good and bad versions of each, including lagers. Extreme beers often call for overloads of certain flavors, much like the heat of atomic hot wings or sourness of sweet tarts. These beers, often billed as “complex,” can come across as liquid leftover casseroles of flavors never intended to mingle. I’m not saying I don’t like big and experimental beers—I love ’em!—just that those beers aren’t great just by virtue of being mega-hoppy or wacky. I’d take a well done lager over a poorly made IPA any day.

So when extreme beer drinkers hear lager, many may immediately think “macro brewery, wussy, tasteless or sell out,” but this could not be farther from the truth! 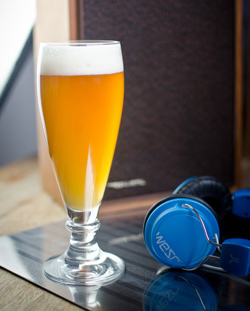 Lagers are More Than the Norm

Step one is defining what styles are lagers, since many only think of the adjunct (corn or rice), watery beers made by the large multinational breweries. People are often surprised to learn the styles that fall under the lager family. Here’s a short list:

Pilsner stands out on that list to me as a word that has been nearly bastardized by misnomers and poor renditions, causing the style to lose respect. Pilsners were originally made with the soft waters of the Czech Republic, featuring a complex maltiness with a rounded bitterness and a potent bouquet of hop flavor and aroma. It is a classic style of beer representing the first breakthroughs in modern brewing. The pilsner is loved by many sophisticated beer drinkers, yet it is often missed by many craft beer enthusiasts simply because of the monikers “lager” and “pilsner.”

Here is the original beer guru Michael Jackson (The Beer Hunter) and his historical/hilarious take on pilsners:

What Is a Lager?

In the family of beer, the two most basic categories are ales and lagers. Ales ferment at warmer temperatures to allow for the creation of a myriad of flavors and aromas. These yeast byproducts are generally grouped into esters (fruity flavors) and phenols (spicy characteristics). Lagers ferment at cooler temperatures and for longer periods of time to suppress these flavors and create a clean beer with more specific malt and hop traits (but not less flavor).

For the Love of Lagers

Three Floyds Brewery (FFF) has a reputation for pushing the boundaries of beer, yet they make no qualms about producing and enjoying lagers. Andrew Mason, FFFs production manager, shares their love of the lager:

“Some of my absolute best beer memories are of drinking lagers, specifically in Germany. We like making them [lagers] at FFF because we brew what we like to drink, and think that there’s a place for easy to drink but well-made beers.

We are obviously known for a lot of big, hop-forward, crazy ass beers, but personally, I look forward to making Gorch Fock, Munsterfest and a handful of other lagers throughout the year.

My most cherished and romanticized lager memories are drinking the Dunkel from Klosterbrauerei Kreuzberg in the Rhön, the helles at Augustiner-Bräustuben in Munich and the Ungespundet Hefetrüb at Mahrs-Bräu in Bamberg.”

I’m tearing up just hearing about his love for lagers, but his point is clear: To put lagers in a box as only mass-produced, American adjunct beer is to miss out on the versatility and enjoyability of the world of lagers.

Step 1: Roll out the yoga mat, turn on Ravi Shankar, chant a mantra and clear your mind. Break free from the chains of learned beer style patronizing. Remove thyself from the high horse of only drinking extreme beers. Taketh the blinders off and see the world through rose-colored beer goggles—all beer styles have a place and time when made well. Lagers are good, yes they are.

Step 2: Pick up some enjoyable lagers from a craft brewery and invite your bros over for a beer tasting. Explain your Walden Pond existential excursion and the desire to rid yourself of false pretenses made by beer hype machines. Pop open a beer, pour samples and crank up “Call Me Maybe.” Dance like no one’s watching. Sing like no one’s listening. Taste like no one’s judging.

Step 3: Try not to get beat up! Once you’ve dropped the pretenses built up towards lagers, learned about great versions of the diverse style and shook off the haters, the doors will be flung open to enjoy a segment of beers wrongly put in a corner. It’s time to start your own lager journey!

What are some of your favorite American craft lagers?

Kellan Bartosch is co-founder of Wiseacre Brewing Company in Memphis, Tennessee. Kellan a Certified Cicerone®, and hopes that through his writing he can help educate craft beer fans on the many facets of the beer world while landing a few laughs along the way.