5 Tips for Cooking with Craft Beer

Many people today are bringing craft beer into the kitchen, as they’ve found it to be a flavor enhancer that evolves and expands the potential of their dishes. But what they may not know, and something I recently discovered, is that when cooking with fermented beverages, some alcohol can remain in the final dish.

Say what?! Yes, it’s true. So, my craft beer-loving, kitchen-hip friends: when you cook with beer, be sure to disclose that you’ve used the glorious beverage as an ingredient. This also applies when cooking with wine and spirits. However, on average, craft beer has much less alcohol by volume than wine or spirits. The average ABV of all the beer styles listed in CraftBeer.com’s Style Finder is 5.9 percent, whereas the average wine is 13.6 percent ABV, and the average distilled spirit is 90 proof (45 percent ABV).

Unbeknownst to me, this has been a topic among chefs, and an area of gastronomic study, for decades. The U.S. Department of Agriculture’s Nutrient Data Laboratory provides data on this very topic. Cooking methods they tested include: mixing alcohol into a cold dish; adding alcohol to a boiling liquid; flaming (lighting the alcohol on fire); and baking for various lengths of time. The definitive conclusion is that anywhere from a small amount (five percent) to a large amount (more than 50 percent) of the original alcohol can remain in the dish, depending on cooking method, temperature, time, amount added and other factors.

Oh Wolfgang, Julia and Martha, did you know this all along? Inquiring minds have a right to know!

After my discovery, I spoke with a few of my favorite craft beer chefs and authors to pick their brains about the subject of alcohol and cooking. Check out their tips below. From now on, when cooking with craft beer, I plan to mention this little tidbit to those I serve. 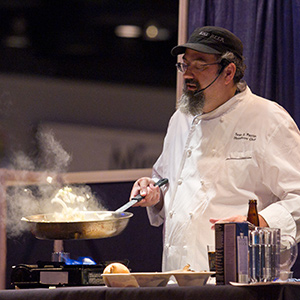 There are so many ways to add beer (or alcohol) to a recipe. Yet what percentage of the original ABV is retained in the finished dish is a concern when looking at the number of dishes served and what beer is being paired. The cooking technique will also change how much of the alcohol is burned off or evaporated.

If the beer is added as a braising liquid, where the dish will be cooked for several hours in a hot oven, considerably less alcohol will be retained, assuming the pot is left uncovered. When applying this to baking, the cooking time for a cake is much faster, so more residual alcohol will be present in the finished slice of cake.

On the science side, water boils at 212°F, whereas ethanol (alcohol) has an evaporation point of 173°F. The longer a dish containing alcohol is held above 173°F, the less alcohol will be retained in the finished recipe.

Since beer has a lower alcohol content than most wines and spirits, how much alcohol is left in the final dish will be determined by the style and ABV of the chosen beer. You should also take into account how much beer was used in the entire recipe versus the individual portion size—the amount of alcohol present can be minimal.

Chef Tip: When I create a menu, I consider many variables when it comes to alcohol. I look at how many courses are being served and how long the event will be. It is very important to add up the volume and alcohol content that a guest will be consuming over the whole meal.

See Sean in action! Check out this episode of Chop & Brew, “Cooking with Craft Beer.” 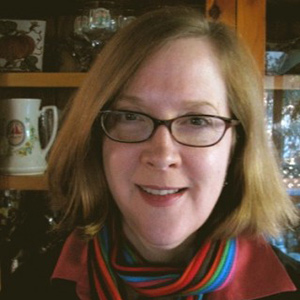 Chef, educator and author of Dinner In the Beer Garden and The Best of American Beer & Food

I factor in the ABV for any kind of alcohol added during cooking, as higher alcohol levels bring up peppery sensations on the palate; thus, you may need to adjust seasonings for impact. I prefer to use high-ABV beers as a glaze, vinaigrette emulsion or as a finishing ingredient in a sauce.

Alcohol lowers the freezing point of ice creams and sorbets, so use a ratio of about two ounces of beer to 10 ounces of your base custard or cream. You may need to add a pinch of powdered guar gum to maintain the creamy consistency and emulsion.

Ice cream made with any kind of alcohol has more of a soft-serve consistency, so that will affect your plating presentation. You can also soak dried fruits in a barley wine or winter warmer ale brewed with spices, then mix them into a standard ice cream or frozen custard. The fruit will absorb the beer, allowing you to add beer flavors without as much of a change in the consistency of the end product.

Chef Tip: Sauces made with alcohol can be plated on the side for guests who may be sensitive to alcohol. 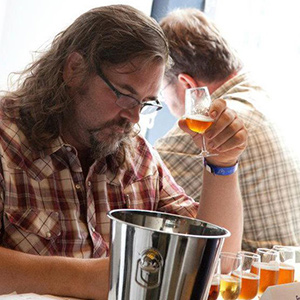 When cooking with beer, I consider the various methods with which the beer can be introduced, and make sure to pay attention to the changes that will occur when the dish is heated. If you’re using a sauté pan, or reducing a sauce and/or cooking alcohol off, the balance between sweet and bitter will shift towards bitterness. You can adjust for this by choosing beers with low bitterness and nice malt character. You can also counter it with butter, which will lower the palate’s perception of bitterness, or sugar, which can beef up sweetness and contribute to balance.

I consider beer as I would any other ingredient and look at flavor, body and overall character to determine what I think it will offer a dish. I don’t take ABV into consideration, and I suppose there are a couple of reasons why.

Chef Tip: I consider marinades, brines, no-heat sauces, aiolis and vinaigrettes to be “raw” uses of beer. I use hoppy, aromatic pale ales and IPAs much more often in these instances, both because I appreciate their herbaceous notes and because I know heat impact to the beer’s flavor will be nonexistent or minimal. 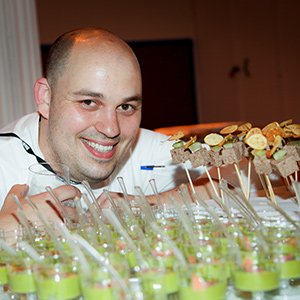 Executive Chef of the Brewers Association

I absolutely take alcohol into account when cooking with craft beer. The first thing I think about is does the dish or sauce need alcohol. Do I need something to deglaze the pan with to get that extra flavor? Do I need the alcohol to provide a glistening color to finish a sauce?

When using craft beer, my reasoning becomes a bit more flavor-based. While red or white wine can give a boost to sauces and dishes, craft beer can change the entire flavor profile of dish. That’s where the alcohol level comes into play.

Generally speaking, the lower the ABV, the more easily the craft beer will blend into the dish. Higher-alcohol beers can take on a bitter tone really quickly, mostly due to the need to boil and reduce them further than lower-ABV beers.

Chef Tip: When cooking with alcohol, the wider the pan you use to simmer and cook in, the quicker the alcohol will evaporate.

Bonus Tip: If you know the craft beer you will be using is very high in alcohol, consider reducing it separately before adding it to the rest of your recipe. This way, the dish stays on course and you don’t sacrifice the rest of the dish while waiting for the craft beer to get to the right flavor and consistency. 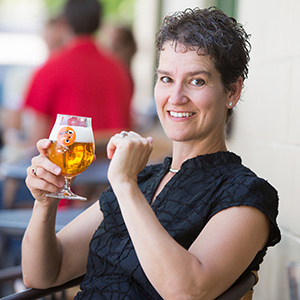 When I’m in the kitchen preparing and cooking foods with beer, I think of beer as a flavor. One component of beer flavor is alcohol. If I’m baking muffins or a cake, where the beer is mostly a moisture contribution, then alcohol is less important. I know the flours and other dry ingredients will help me end up with a successful dish.

If I’m using beer in something non-cooked, say a dressing, the alcohol is going to be more obvious. I go back to that flavor conversation first. Does this beer have the flavor that I want? What role does the alcohol content play?

Chef Tip: Consider beer as an ingredient. All beer is not created equal, and that goes for the flavor as much as for the alcohol content, carbonation and color. An open mind is the best palate, I say. Experimentation is half the fun. Dig in and pour it on!

So cook on my friends, and use craft beer as an amazing, flavor-enhancing ingredient with relatively low alcohol, but lots of potential impact. Simply remember to share that some alcohol may remain in your gastronomic creations.