At Granite Mountain Brewing, their recent third anniversary was really more of a rebirth. A lot has changed since founders Audra Yamamoto and husband Damon Swafford opened their craft brewery just around the corner from Prescott, Arizona’s once infamous Whiskey Row.

Now sole owners, the two have reinvented the establishment with a new head brewer, Jared Smith; a classically trained chef, Rich Davis and a redesigned tap room. But perhaps the most exciting update is the addition of not one, but two, new seven-barrel fermenters that will double their capacity. The added space will allow them to create more new and interesting beers like their wine barrel-aged Belgian dark ale.

“We want the kind of place where friends can stop, have a drink and a bite and catch-up with each other,” Swafford explained.

For Yamamoto the brewery is a natural fit. She comes from a family rich in the entrepreneurial tradition, ranging from establishing an art school to jet cargo services. In Prescott, the couple found a growing, laid back retirement and tourist market in the green, low slung Granite Dells Mountains of north central Arizona. The two were seeking a location about halfway between their families, who are located in California and Colorado.

Granite Mountain likes to take a small beer and make it bigger and bolder. The specifics of fulfilling such marching orders now fall to Smith. Their shared vision is evident through their taps. When I visited, the lineup was bookended by their Bombshell Blonde, a Belgian-style blonde ale and Black Cow Milk Stout. There were multiple IPAs to try, including Attitude Adjuster IPA and their #3 Pale, Anniversary Release. 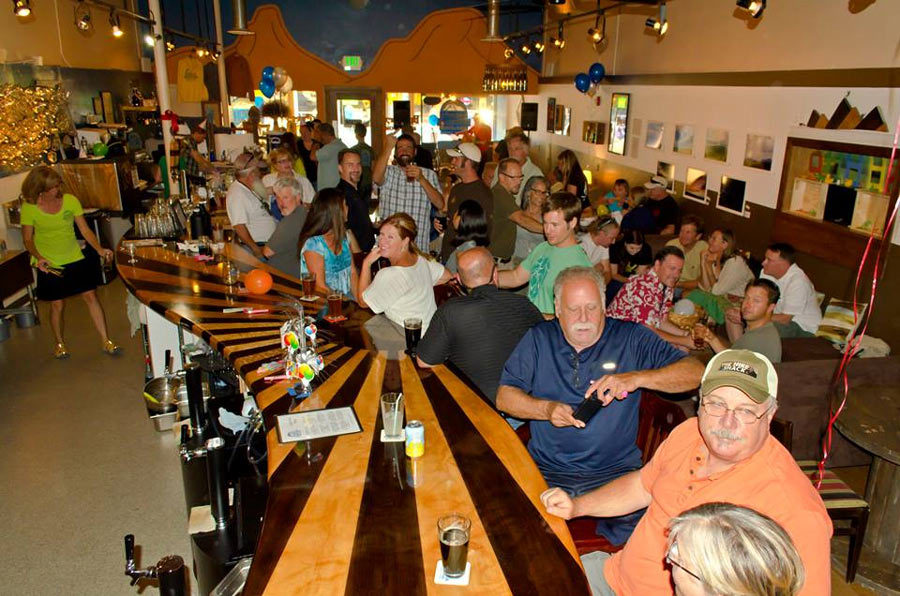 Audra works full time managing the inviting and cozy tap room, while Damon spends most of his time there when he is not working his day job as a software engineer. The two have collaborated with chef Rich Davis to serve up a menu with beer-infused sauces that flavor-up a nice variety of items. The choices range from slow-cooked Arizona beef to bruschetta.

“We’re not bottling or canning yet—about 80 percent of our beer gets consumed right here in the tap room, with the rest going out in kegs,” Damon said with a quiet smile. “We spend a lot of time educating our customers about beer styles to help them decide what they like. I want people to be happy when we pour them a pint.”