You could call Josh Cody a bit of a malt head. He, along with his brother, uncle and dad, own and operate Colorado Malting Company (CMC) in Alamosa, Colorado.

In 2008, when they founded CMC, small brewers’ access to a variety of malts that provided localized flavor and character was not as common as it is today — and it definitely was not as diverse as the burgeoning hop industry. CMC, whose founders’ family had been in the malting industry for four generation set out to be a part of change.

As a malt specialist, writing all of CMC’s custom roasted, crystal, caramel and adjunct malted grains recipes, Cody believes that malt is due to play a part in the next big craze for craft beer and that distinctive malt can be celebrated the way experimental hops in IPAs have had an impact on the beer landscape most recently.

We sat down with Cody to get his international perspective on the specialty malt game and what he believes to be the next frontier in American beer: smoke beer.

CraftBeer.com: Josh, you’ve traveled the world experiencing and discussing smoke beers with many international brewers and maltsters. The variety of smoke beers is not as expansive here in the states. What can you tell us about how other countries view smoked malts as an ingredient? Are American brewers and consumers missing out?

Josh Cody: Like many beer drinkers in the US, my first experience with smoked beer was over the top. The first time I tasted a smoked beer brewed in the states, it was so smokey that it turned me away from trying others when I saw them on a menu.

But then a German brewmaster named Matthias at the Bryggeri Helsinki offered me a seasonal smoked wheat beer when I was at his brewery. Being polite and not wanting to offend him, I graciously took a glass. The first sip was life changing. I had never had anything like it before. The slightly smokey character was more of a complexity in the overall flavor. If he hadn’t told me he used smoked malt, then I may not have even known it was present, but it portrayed more of a BBQ sweetness.

CraftBeer.com: Can you explain what smoked malt is? What is the application?

Cody: Smoked malt is really a step back in time. Once upon a time, all malt was kilned over a fire and therefore all beer would have had a slightly smokey flavor. Before industrialism changed the face of malting and brewing, local malts were kilned over fires for local brewers, for local beer drinkers. I think one could safely deduce that our ancestors like smoked beer.

Fundamentally, smoked malt is still base malt. The process of smoking the grain doesn’t necessarily kill the diastatic power [the measure of how much starch-converting enzyme any given malt contains] of the malt and therefore can be used at a high percentage, or all the grain, in the total malt bill. This makes it a very flexible and useful product in a brewer’s list of ingredients. It can add flavor and complexity that nothing else can contribute.

CraftBeer.com: What do you believe makes a great smoke beer?

Cody: In my experience as a beer drinker, the most drinkable smoked beers are balanced. The idea behind smoked beers around the world isn’t to kick someone in the face with smoke, but rather to add balanced flavor and complexity.

I am afraid that brewers too often equate smoked beers with hoppy beer styles. The comparison isn’t necessarily apples to apples. Hops in massive quantities can bring about very pleasant flavors appreciated by a large number of beer drinkers. While there may be a small percentage of beer drinkers that like very smokey flavors, I think most beer drinkers need to enter the world of smoked beers with balanced complexity and drinkability. There may be someday when smoked beer is commonly accepted as the very hoppy beers have been, but we as Americans are just beginning to understand this ancient style. The crucial aspect of this balance is sourcing the highest quality, fresh, smoked malts.

(READ: 7 Breweries Worth a Detour)

CraftBeer.com: Colorado Malting Company produces a smoked malt with a local twist. What can you tell us about it? How do brewers like this malt and is there a market for non-traditionally smoked malts?

Cody: This area of Colorado was settled many years ago by the Spanish. During their quest up from the south, they passed many miles of piñon and Chico bush. When they arrived in the San Luis Valley and settled on the banks of the upper Rio Grande River, they found the cottonwood tree growing along the rivers’ edge. So they called the area “Alamosa,” which was the name they used for the cottonwood trees. Colorado Malting Company offers “Alamosa Smoked Malt” in honor of the brave men and women who settled here and to allow a unique market contribution for brewers and distillers alike. It is different than the traditional hardwoods that Europeans have been using for generations. Alamosa Smoked Malt has a special and historic connection to this land and I think you can taste it in the final product. 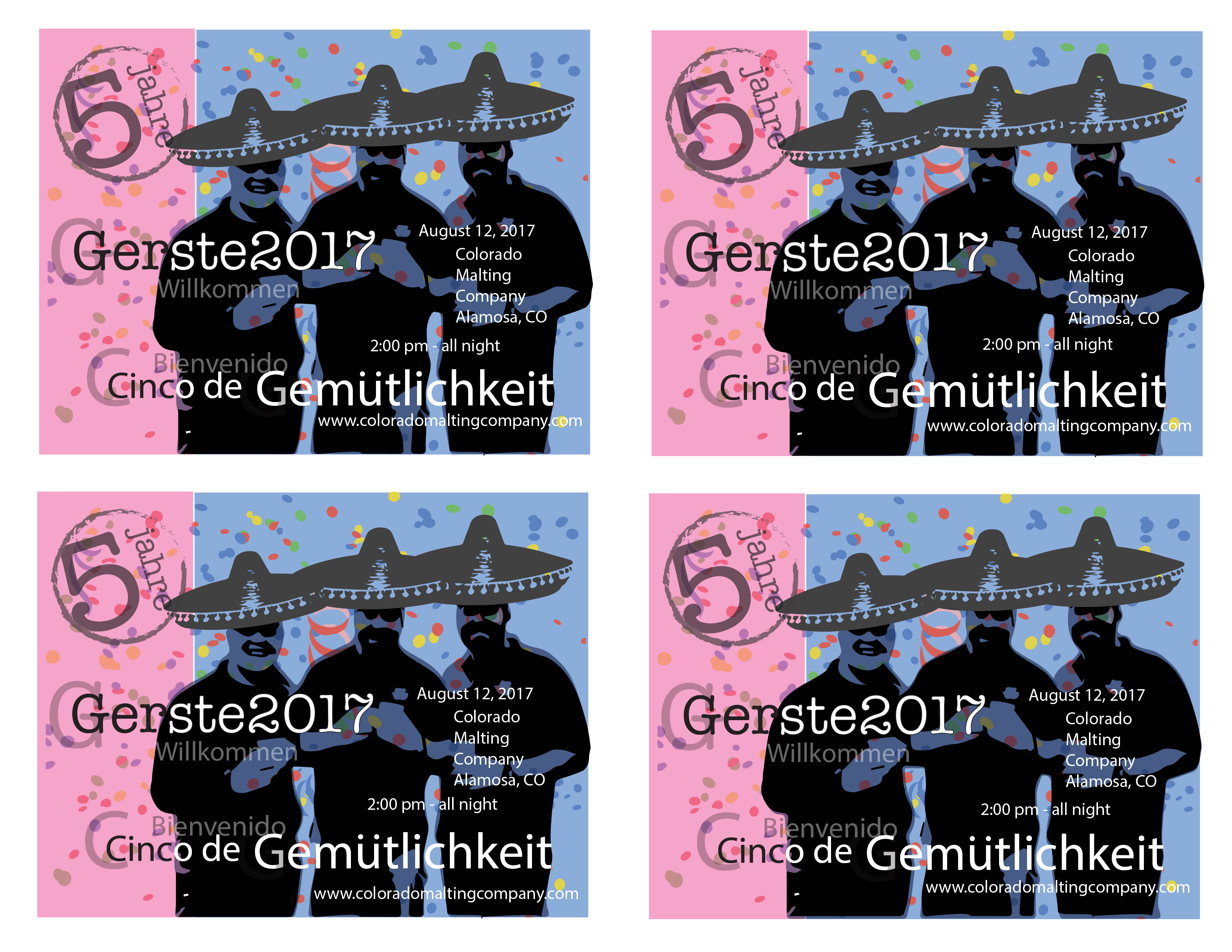 CraftBeer.com Speaking of local, CMC represents a localized movement in malt. Is there an advantage to having small maltsters like yourself?

Cody: The future isn’t more of the same, rather it is a shift in the direction of local, sustainable and collaborative business practices that can provide specialized and custom ingredients to a rapidly changing beer market.

(READ: Grain Trust: Craft Beer, Craft Malt, and What It Means to be Local)

CraftBeer.com: What’s up with your annual Gemütlichkeit party, and the subsequent smoked beer revival competition?

Cody: Our Gemütlichkeit is really a special experience for the brewer, distiller and beer enthusiast. Every year, around harvest time, Colorado Malting Company opens her doors to brewers, distillers and friends to show the malthouse and the farming operations. This event is meant to educate people both about the malting process and the farming of malting grains. The attendees have the opportunity to either stay in one of the local hotels and we provide free shuttle service, or they can camp in the field. People actually camp in the field and sleep with the grain. We have live music, dinner brought to us by our friends at the San Luis Valley Brewing Company, malthouse and farm tours and some of the best beer in the world. This year, we are also hosting The Smoked Beer Revival awards ceremony at our Gemütlichkeit and anyone who submits beer to the contest gets free entry. The Smoked Beer Revival is a professional beer competition sponsored by Viking Malt, Malt Tech LLC, Colorado Malting Company and the Real Colorado Beer Project.  Any brewery interested in submitting a beer to The Smoked Beer Revival can do so through the event’s website, here.  If anyone is interested in attending our Gemütlichkeit on August 12, 2017, visit our website.

Just as the hop industry successfully pivoted from a yield focus to innovative cross breeds and varieties that brewers and beer lovers can’t get enough of, so too are maltsters offering more variety and distinctive specialty malts that offer a sense of terroir and connection to the past.

Smoke beers may seem exotic or extreme for American beer lovers, but the style has its champions. Hoppy IPAs once were a tough sell, but there is nothing that says that the increased availability of specialty malts might send up signals that smoke beers or perhaps another malt-forward beer will be the next to catch fire.