We’re excited to announce the release of Buford’s Roadside Wares — our collaboration with Arizona Wilderness Brewing Co.! Buford’s Roadside Wares was brewed with pecans and wheat from both Texas and Arizona, inoculated with native yeast and bacteria in our coolship, and fermented in brandy barrels previously containing Jester King Reposé. The recipe was inspired by the Franco-Belgian farmhouse tradition of Bière de Garde.

Back in January of 2015, Jonathan Buford and Patrick Ware of Arizona Wilderness traveled to Jester King to brew with us on a freezing cold day. The temperature was about 15 degrees Fahrenheit when they showed up at the brewery. They brought with them some Arizona pecans and Sonora White Wheat, which we combined with Texas pecans and raw wheat. We brewed a medium gravity wort with pecans in the mash and fuggle hops in the boil, and knocked the wort out into our coolship. From there, the wort cooled overnight and was inoculated with native yeast and bacteria from the Texas Hill Country. The next morning, we drained the wort out of our coolship, pitched it with our mixed culture of brewers yeast and native yeast and bacteria, and then racked it into brandy barrels for fermentation.

Buford’s Roadside Wares was our “momentum batch” for 2015. At the outset of each coolship season, we brew a momentum batch designed to get the airborne yeast and bacteria at the brewery “woken up”. Basically, we put out some food for the yeast (fresh wort) and allowed it to get all riled up for spontaneous fermentation. The idea of kickstarting spontaneous fermentation season with a “momentum batch” comes from the baking/bread world, and was recommended to us back in 2013 by our friends at Allagash Brewing Co. We’ve been conducting a momentum batch every year since 2014, and we’ve noticed how the microbial momentum builds throughout our coolship season. The pace at which spontaneous fermentation begins, and the vigor with which it proceeds, intensifies as the season wears on. Buford’s Roadside Wares got the momentum going for our 2015 coolship season! After accomplishing that task, we pitched the cooled wort with our mixed culture, rather than allowing it to ferment spontaneously.

Buford’s Roadside Wares was brewed on January 8th, 2015 with raw well water, malted barley, raw wheat, pecans, and hops. It was fermented in brandy barrels for 12 months prior to packaging on January 25th, 2016. The beer was 100% naturally conditioned by refermentation in bottles, kegs, and casks. Around the time of packaging, it was 6.4% alcohol by volume, 3.2 pH, 13 IBU, and had a finishing gravity of 1.002 (0.5 degrees Plato).

The beer will be released at Jester King on Friday, March 18th when our tasting room opens at 4pm. We’re excited to announce that Jonathan Buford and Patrick Ware of Arizona Wilderness Brewing Co. will be onsite for the release, as well as at Jester King the following Saturday afternoon for a special Arizona Wilderness beer tasting (details to follow later this week). Buford’s Roadside Wares will be available by the glass, as well as to go in bottles (750ml/$20). The bottle limit is two per customer per day. Approximately 2,300 bottles are available. Buford’s Roadside Wares will only be available at Jester King, aside from some special events outside the brewery.

It was a pleasure working with Jonathan and Patrick of Arizona Wilderness on this beer. They are great friends, have hearts of gold, are talented brewers, and conveniently are not in jail right now so they can attend the release!

Here are some photos from the brewday back in January of 2015, along with a video of Jonathan’s coolship serenade!

Wort resting the in the coolship the following morning 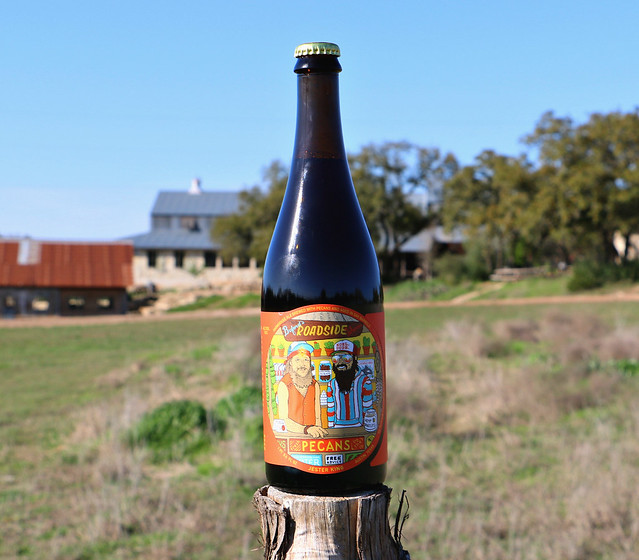 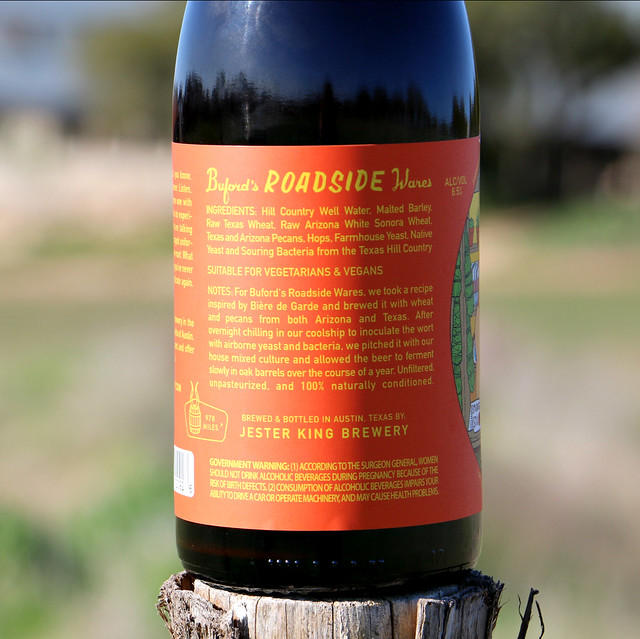 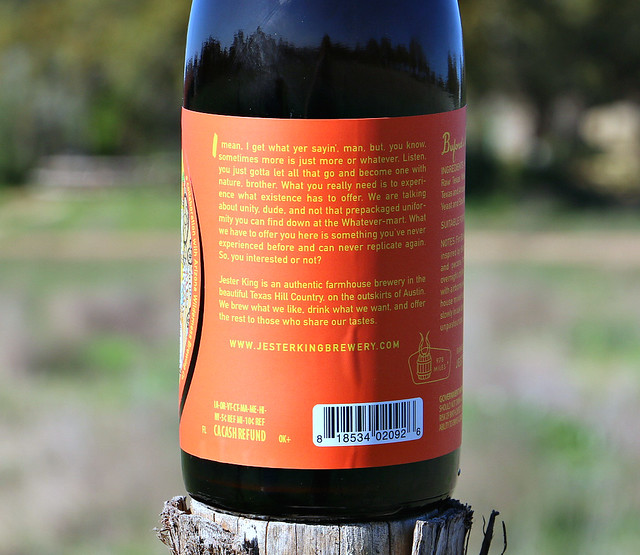 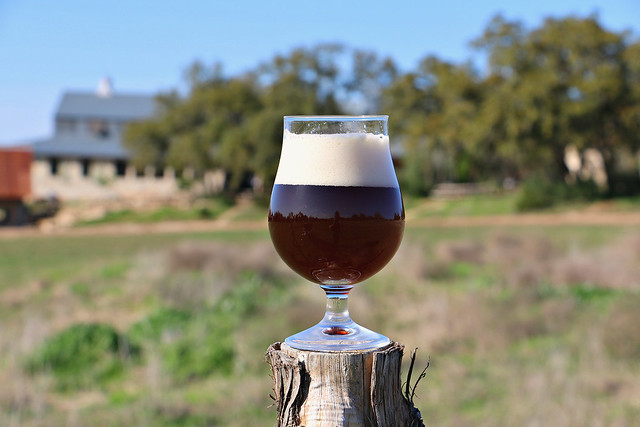