We are pleased to introduce Jester King Simple Means — our farmhouse altbier with smoked malt. For us, Simple Means is an exercise in succinctness and restraint. As we mature as a brewery and as beer drinkers, we progressively find our tastes, techniques, and recipes becoming more simplified. This is not to suggest that complexity has been sacrificed, but rather that we seek to create clearer expressions of flavor and aroma in our beer, and ultimately to make beer that is balanced and drinkable.

Simple Means takes inspiration from Altbier. Though classically associated with the copper ales of Düsseldorf, the term can refer to any older-style beer in the German-speaking world. Both the use of smoked malts and mixed fermentation with native yeast and bacteria predate modern brewing techniques, lending flavors to our farmhouse altbier that are evocative of a simpler, much earlier time.

Simple Means was brewed with unfiltered, raw, Hill Country well water, malted barley, smoked malted barley, and hops in early September of 2015. It was fermented with our mixed culture of brewers yeast and native yeast and bacteria harvested from the air and wildflowers around our brewery in stainless steel for about two months. It was then 100% naturally conditioned through refermentation in the bottle for another two months prior to release. It is 5.6% alcohol by volume, and at the time of bottling was 4.3 pH, 26 IBU, and had a gravity of 1.4 degrees Plato (1.005).

Simple Means will be released at Jester King when our tasting room opens at 4pm on Friday, January 22nd. It will be available by the glass, as well as to go in 750ml bottles ($12/bottle, no limit). Approximately 3,500 bottles are available, and we anticipate the beer seeing limited distribution in Texas. A second batch is currently in the conditioning phase at the moment. The label art was created by our very own Josh Cockrell. 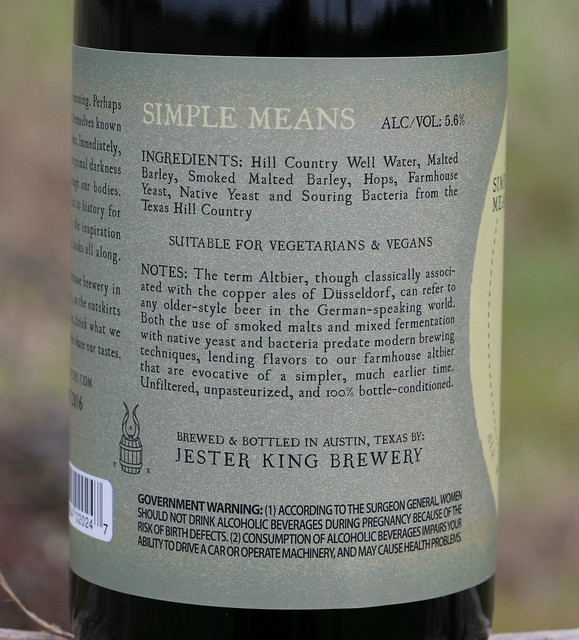 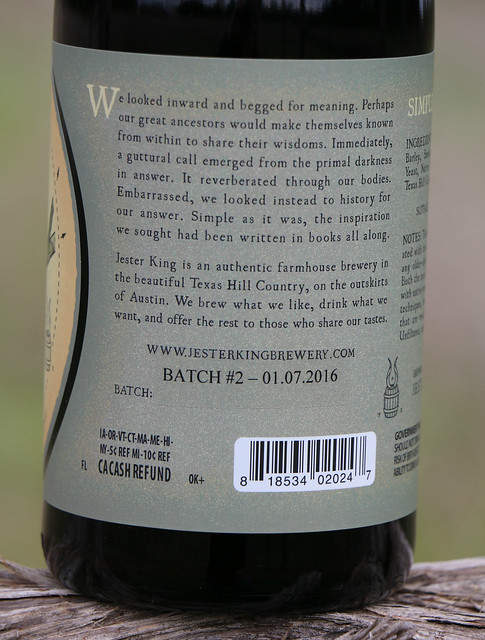 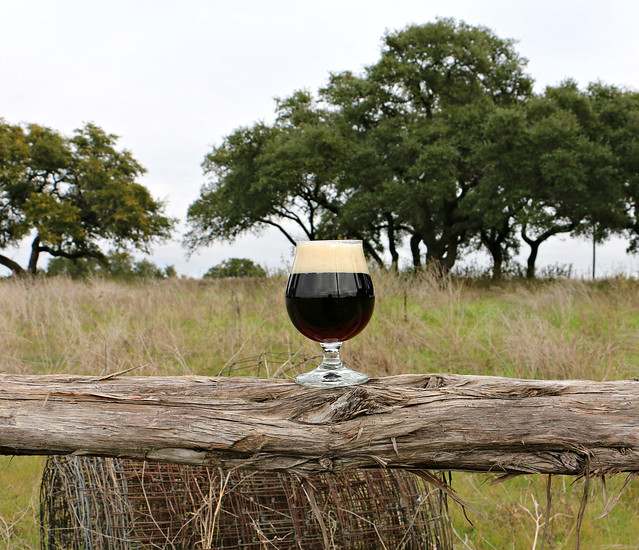