FORT COLLINS, COLO. — For the seventh year, the 85-year-old Silver Grill in Old Town Fort Collins, Colo., will team with Odell Brewing to craft the popular CinnsationAle – a sensational and 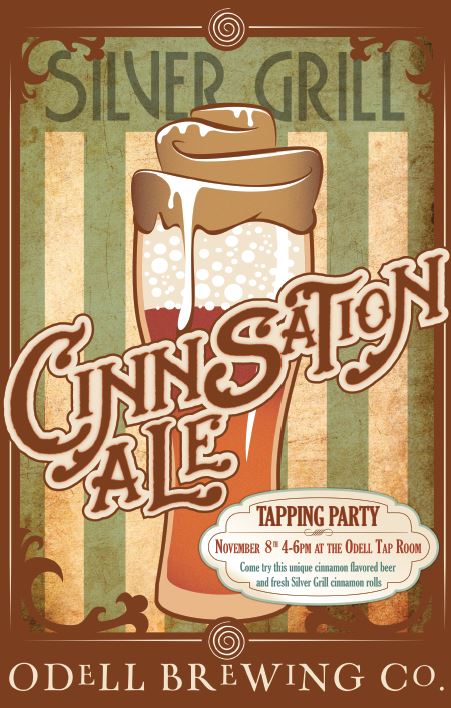 A release party for the ale that’s been dubbed “Breakfast in Your Beer” is scheduled 4-6 p.m., Nov. 8 at Odell Brewing, 800 E. Lincoln St., Fort Collins, Colo. Free Silver Grill cinnamon rolls will be available to enjoy with the limited-edition ale at the Nov. 8 event. Arrive early, as it’s a crowded event and the ale goes fast (along with the cinnamon rolls).

The cinnamon and caramel-flavored CinnsationAle will be on tap at the Silver Grill and in the Odell tasting room through the fall, while supplies last.