CraftBeer.com’s 2014 search for the nation’s Great American Beer Bars continues here with the final vote! Craft beer fans nominated more than 3,400 better beer bars this year, which have now been narrowed down to the 10 most-nominated bars in each of five regions of the country (see map below).

Now we’re asking you to help choose the winners. You may vote for one bar from each of the designated regions. The top three craft beer establishments from each region will be recognized, as well as the top three national winners. Please vote once per region. Any signs of fraudulent voting will result in disqualification. Voting will end on Friday, September 5 at Noon Mountain Time. 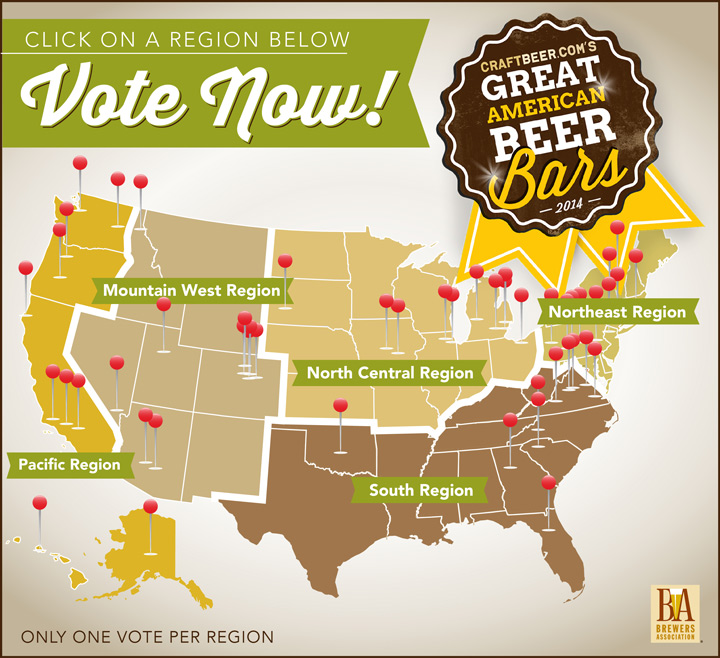