To say Steve Jones knows cheese is an understatement. As an award-winning cheesemonger and owner of Cheese Bar, Chizu, and Cheese Annex at The Commons Brewery, for years Jones has been providing Portlanders the chance to try world-class cheese without pretension.

His curated cheese cases, approachable demeanor, and popular events like Portland’s Beer and Cheese Festival help broaden our notions of how beer and cheese pair together.

I stopped by Cheese Bar to chat with Steve and to hear about six American-made cheeses he’s particularly excited about—and to pair each one with craft beers from its home state.

This surprising goat gouda — the only one of its kind, stateside — manages to somehow be both crisp and smooth. With toasty coconut flavor and a bright, summery character, it evokes the marriage of classicism and innovation also seen in the brewing culture of California’s central coast. 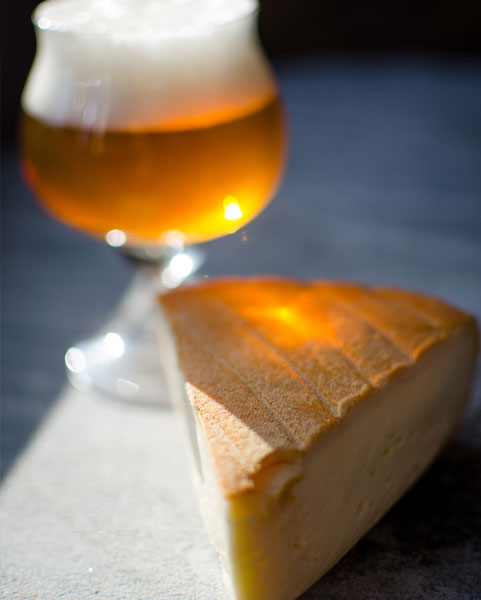 Sturdy without being stodgy, this dense, salty, raw sheep-and-cow cheese tastes like it was made to stand up to malty beers. One of Oregon’s better-known artisan cheeses, Hannah is a natural-rind beauty with a layered flavor profile. Its place alongside some of the Beaver State’s best malt-forward brews is well-earned.

Moses Sleeper is an unexpected triple crème cow cheese, with a funky, earthy character reminiscent of mushrooms and forest floor. This rustic vibe is a delightful departure that begs for a beer of similar complexity. 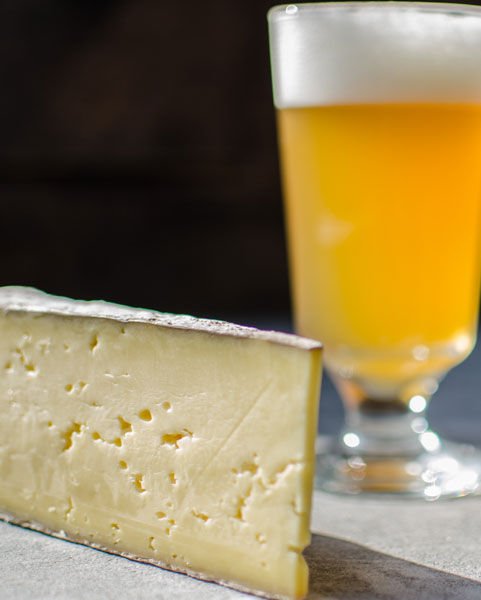 This harder cow cheese is paired with beer from the moment it’s made, as it features a rind washed with New Glarus Raspberry Tart ale. This gives it an obvious, but not cloying, fruit character, with a solid texture and a peppy, complex taste.

Let this cheese take you to the buttery beyond with its sexy, sultry creaminess. Mt. Tam is an organically-made cow cheese with a straightforward style. Its elegant, bright white rind gives way to a luscious, mellow center. 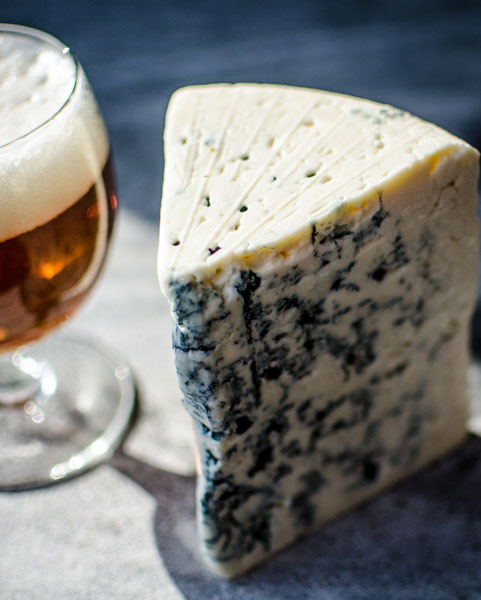 According to Rogue Creamery, Smokey Blue was the world’s first smoked blue cheese. This raw cow milk blue is smoked over Oregon hazelnuts to create a woody, nutty wonder. Though cheesemongers often steer clear of smoke flavors when pairing so as not to overshadow the beer, it is possible to pair Smokey Blue with a beer that matches its intensity.

Beer and cheese pairings are a great way to explore craft beer’s versatility and breadth. Whether you’re a fan of crisp lagers, hoppy pale ales or malt-driven darker styles, there’s a cheese to fit it. Thanks to Steve Jones for his expert guidance in finding some of America’s finest cheeses to pair with a few favorite craft beers.

Hanna Laney is a freelance writer living in Portland, Oregon. She began her career working in some of America's best-loved craft breweries and now works for her family business, Laney Family Farms. She likes Cascade hops, medium-rare steak and low-brow television.