All is Ripe in the World: 2017 Summer Beers are Full of Fruit

Beer is a beverage brewed to meet the seasons, so it’s no surprise that summer beers in 2017 are seeing an array of fruit-infused recipes. From 21st Amendment’s watermelon sour inspired by a popular predecessor to a raspberry sour Berliner Weisse meant to take you “Back to the Future,” if you’re digging the fruit craze, here are the seasonal releases you’ll want to grab. 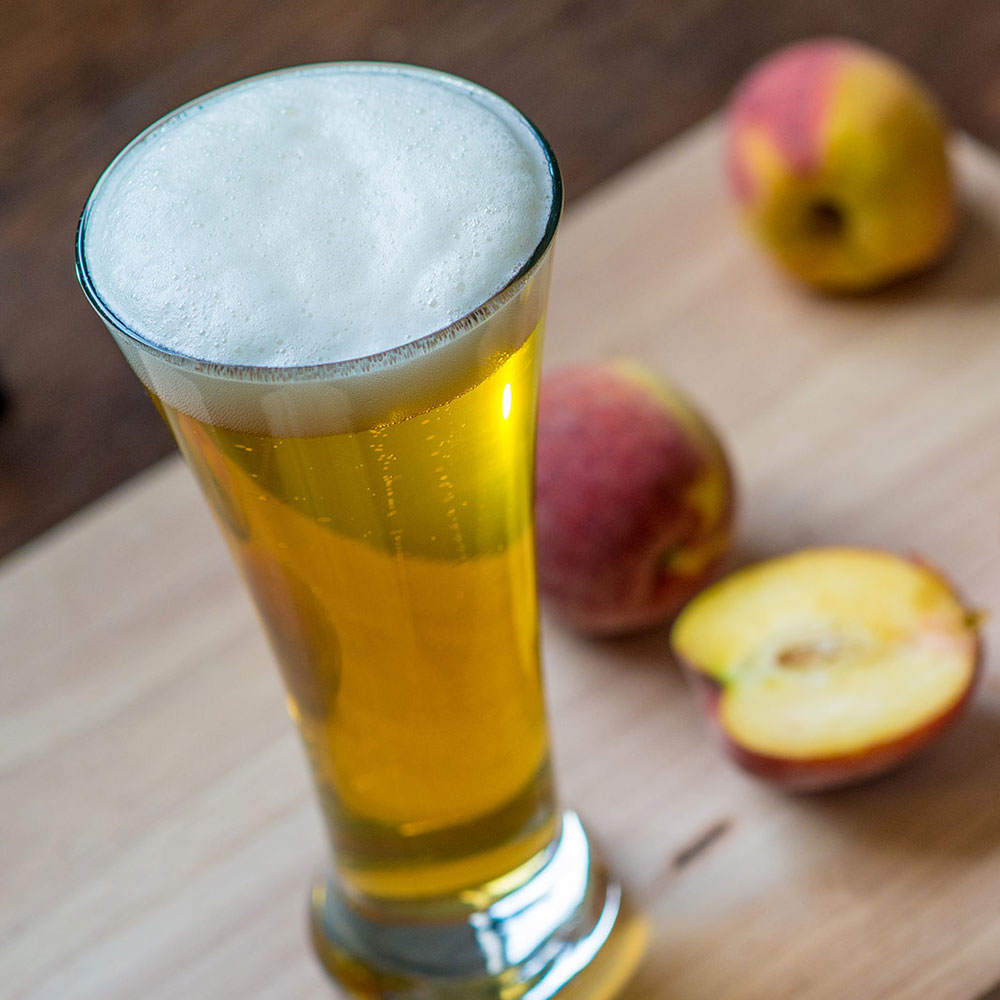 Peach Bum is a 6% ABV summer IPA packed with the flavors of peach cobbler, mango, apricot and blueberry. The brewery says the flavors come from a strain of yeast that produces big peach-like flavors. Then they added more peach to give it extra juice.

Tarty McFly is a rotating seasonal sour made with a heap of fresh raspberries from Red Jacket Orchards, which is a few miles away from War Horse.

“We make Tarty McFly as a rotating sour to show off some of the awesome local ingredients we can find fresh here in the Finger Lakes,” says brewery manager Jon Mansfield. “Also, the name is awesome, right?!” 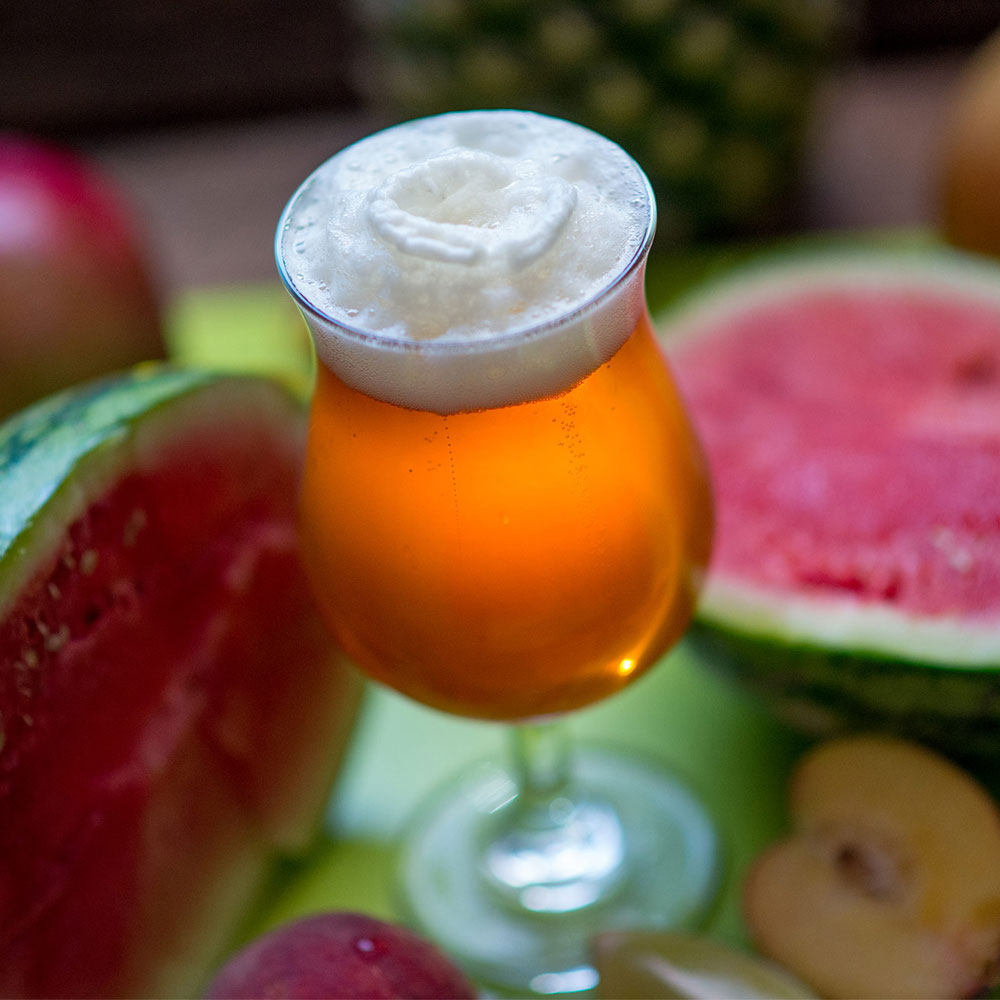 Watermelon Funk is a slightly hazy beer with fruity esters and farmhouse aromas. The idea for this summer beer was born out of the brewery’s wildly popular Hell or High Watermelon Wheat.

“Shaun O’Sullivan and Vinnie Cilurzo from Russian River Brewing Company were enjoying beers. Shaun was tactfully urging Dave Keene, the owner and proprietor of the Tornado, to put on Hell of High Watermelon Wheat,” Medina says. “Dave was reluctant to add a fruit beer to his list, and as the brewers talked around the idea, Vinnie turned to Shaun and said: ‘I have an idea. We’ll funkify it.’ And the idea was born.”

The northern Kentucky brewery says its Summertrip, a passionfruit Berliner-Style Weisse, is one of its most popular beers meant to remind you that “Summer isn’t a season. It’s a state of mind.” The summer seasonal beer rings in at a sessionable 4.2% ABV. You can find it in cans in the brewery’s distribution area.

(BEER TRAVEL: How to Get the Most Out of a Beer Trail)

Grand Teton Brewing used a traditional gose recipe and then added its own touch: natural Yellowstone mineral salt and one half-pound of ruby red grapefruit puree per barrel of beer. As a result, Grapefruit Gose is a flavorful, low-ABV (4%) summer beer. 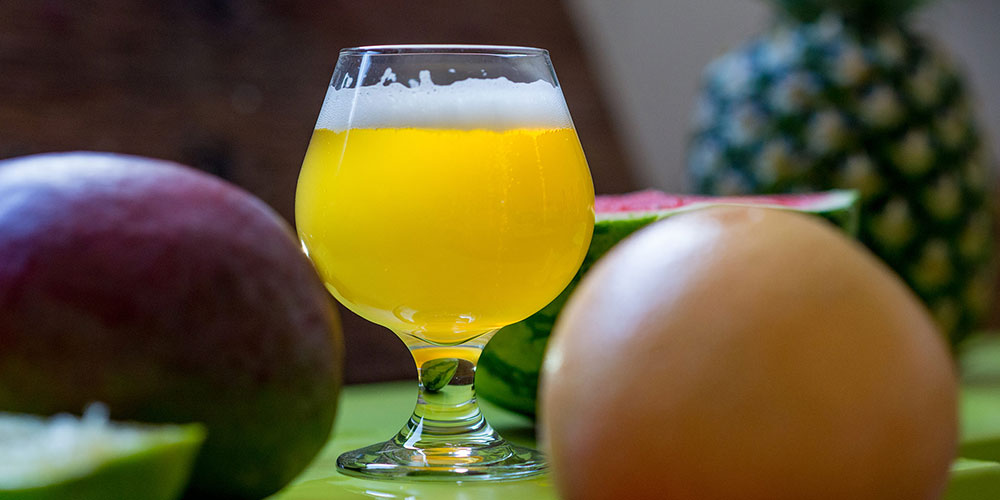 “This refreshing, crisp craft brew gets some of its citrusy aroma in the brewhouse, where California orange peels are added to the brew kettle,” explains brewmaster Scott Ungermann. “Most of the action is in the cellar where the blood orange fruit—the Sanguinello cultivar variety—is added during secondary fermentation. The result is a fruit-forward blonde ale with a tangy citrus tartness, hints of sweet malt and honey notes and a dry orange peel bitterness at the back end.”

“One of our regulars came up with the name for it,” explains co-founder and brewer Richard Loveland. “The label depicts the Tikis for the God of anger with a Hawaiian fire dancer.”

Summer is the season for blueberries in Park City, Utah. The aromatic fruit makes a pleasant addition to Wasatch Brewery’s hefe. The brewery describe this summer beer as “juicy blueberry meets melted wheat.” 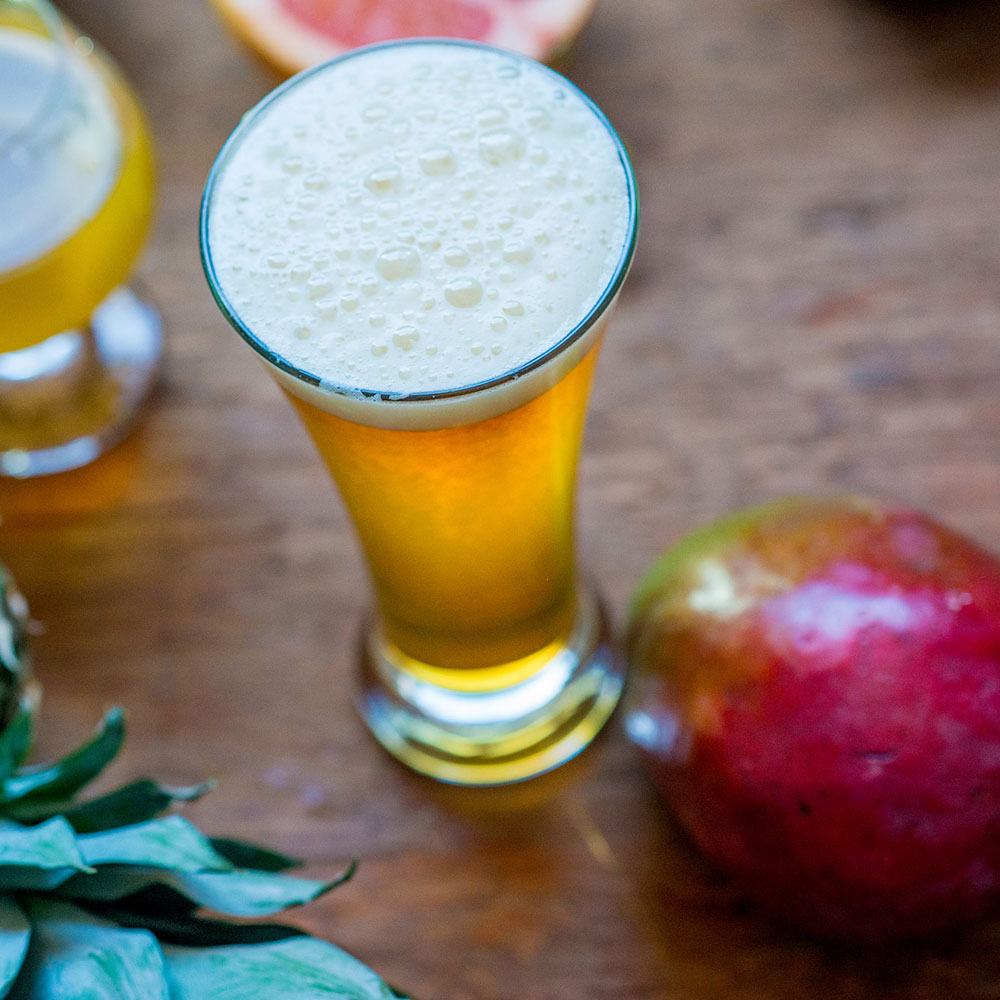 Garage Brewing Company takes a different route with its Lemon Ginger IPA. This American IPA has a spicy ginger flavor, while on the nose you’re greeted with the aroma of lemons from lemon zest added to the recipe. But don’t worry IPA fans: they assure us the hop aromas and flavors still rule.

DESTIHL’s first non-WiLD Sour Series seasonal release of 2017 is Amra Mango IPA. The brewery says both hopheads and hop shy drinkers will enjoy the beer’s flavor profile. The sweetness from the malt combined with the juiciness of the mangoes dampen the bittering hops.

“The hop characteristics are already chock full of tropical fruit, so accompanying it with juicy mangoes was a very natural pairing,” explains Matt Potts, DESTIHL’s founder, CEO and brewmaster.