“The time for generic beer festivals has come and gone,” says Josh Goldberg, community and events coordinator for Left Hand Brewing Co. It’s a sentiment mirrored by the majority of the craft beer community as the beer festival season grows longer and longer each year.

“Spring and summer are dense with craft beer events, and brewery festival teams are exhausted with tons of beer fests,” says Goldberg. “So planning a fall or winter beer festival is well received, both for industry folks and beer lovers ready to taste special beers from their favorite breweries.”

Many breweries and event organizers across the U.S. are going against the grain and throwing beer festivals during the cold-weather months—and craft beer drinkers are liking it. Barrel-aged beers, holiday celebrations, and a few snow-filled outdoor events are lighting up the craft beer world this November through February.

Check out these nine beer festivals to hit this winter:

Samplings from 75 breweries from across the U.S. and 150 beer, cider and mead offerings will be on tap at this one-day festival at the S.F. Armory Studios. The event will include afternoon and evening sessions, with general admission including 2-and-a-half hours of unlimited tasting from breweries like Speakeasy Ales & Lagers, Alaskan Brewing Co., Russian River Brewing Co., Allagash Brewing Co. and more.

VIP tickets provide one hour of early tasting before the doors open to general admission ticket holders. Ticket pricing ranges from $60 to $79.

Portland has the perfect holiday-themed beer festival in one of the nation’s top craft beer states. Enjoy a festive atmosphere filled with christmas decorations and more than 50 winter ales, with a heavy emphasis on Oregon favorites like Ninkasi Brewing Co., Full Sail Brewing Co., Rogue Ales & Spirits and Deschutes Brewery.

Participating breweries will provide samples of rare or vintage beers and unique beers brewed specifically for the Holiday Ale Festival. Advance general admission tickets are $35 and include a festival mug and fourteen beer tickets. Advance VIP tickets are $100 each and include a festival mug, thirty beer tickets, express entry and access to VIP beer lines. 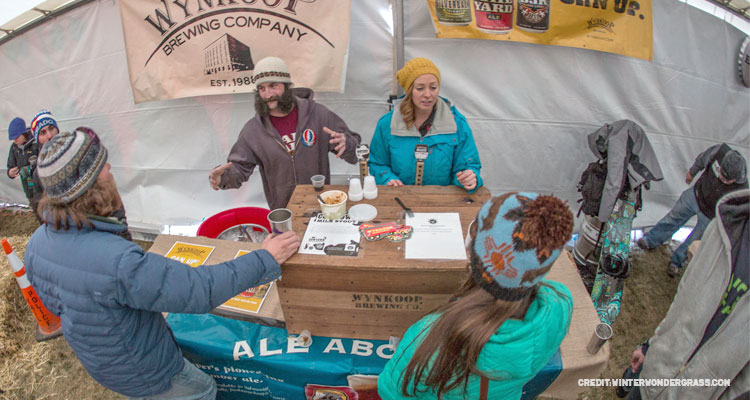 The state of Texas is known for going big, and the Texas Winter Beer Fest is no exception. 50 plus breweries will be pouring beer at this event, including big-name breweries from across the country as well as Texas locals like Deep Ellum Brewing Co. and South Austin Brewery. DJ-fueled music, food booths and food trucks round out this seasonal event.

One of Colorado’s top beer festivals returns to Vail for its sixteenth year. Expect to see some of the top names in craft beer serving up brews and mingling with event-goers. This festival is pretty much the perfect weekend getaway, set in the snowy, charming town of Vail and filled with winter-warming big beers.

Along with a top-notch lineup of breweries, this festival also features additional events during the weekend, like educational seminars, a Brewmasters’ Dinner and commercial and homebrew competitions.

A variety of tickets options and festival packages are available and start at $70.

The sixth annual San Diego Beer Festival returns to Liberty Station for a day filled with beer, food trucks and live music. Over 50 craft breweries will be pouring, and the lineup is about as good as it gets. Sample brews from Epic Brewing, Breckenridge Brewery, Bell’s Brewery, Inc., Firestone Walker Brewing Co. and more.

General admission is from 1 p.m. to 4 p.m. and tickets are $40. VIP tickets are $50 and include 12 p.m. entry to the festival. Both tickets are good for unlimited tastings.

The folks at Beer Advocate describe the Extreme Beer Fest as “the ultimate throwdown of craft beer creativity” — and they should know, as they’re hosting the event. This fest will feature more than 250 beers from 70-plus breweries who are pushing the boundaries of craft beer. Surly Brewing Co., Oskar Blues Brewery, Lagunitas Brewing Co. and The Lost Abbey will be pouring beers alongside an impressive roster of up-and-coming breweries from across the country.

This two-day event is held at the Seaport World Trade Center in Boston. Tickets are $57.50 and include unlimited beer tasting.

The Southwest has been upping its game in recent years, with many breweries in the region receiving serious national attention. The Arizona Strong Beer Festival will take place during Arizona Beer Week in 2016, and will focus heavily on breweries in Arizona, Colorado, Utah and California. But the tap list for this event also includes some of the most well-loved breweries in the nation, like Maui Brewing Co., Abita Brewing Co., Avery Brewing Co. and Pizza Port.

Tickets for this event will go on sale in November and range from $45 to $75. 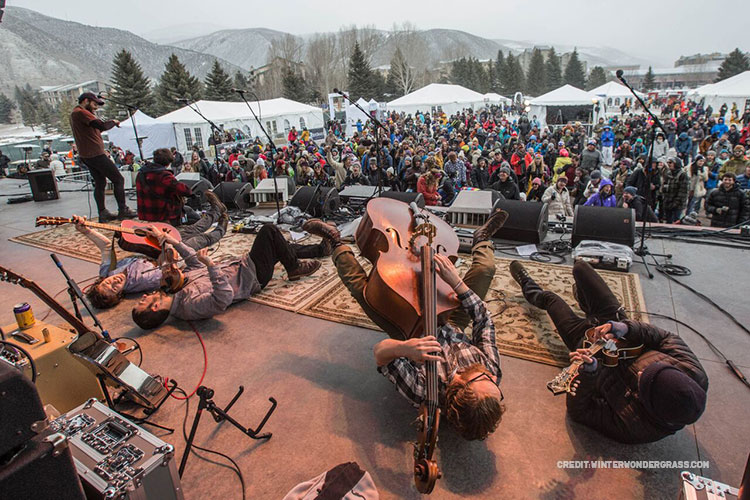 When it comes to getting into the holiday spirit, it doesn’t get much better than the picturesque snow-capped mountains of Colorado. And while the Centennial State has become a mecca for craft beer, it’s also home to a bustling music scene—both of which are showcased at the three-day WinterWonderGrass Festival in Avon. Listen to live music by bands like Greensky Bluegrass and Leftover Salmon while you stroll in and out of heated tents filled with the best of Colorado craft beer.

This event kicks off with a Brewmaster Dinner on Thursday, February 25, followed by two days of tasting sessions with a lineup of more than 275 beers. Breweries from coast to coast are represented at this festival, along with a strong showing of breweries from the local area.

Tyra Sutak is a freelance writer sharing stories about her favorite things: travel, food, music, craft beer and entertainment. Based out of Boulder, Colo., Tyra gathers inspiration by exploring the world by foot, bike, train, car, plane, greyhound bus, and any other form of travel that will lead to a new adventure. Whether it's climbing 14er's under a blue ColoRADo sky, sailing on a boat in Costa Rica, living out childhood dreams on Wrigley Field, or simply taking a moment to appreciate the everyday adventures that can be found at home, the open road calls—and Tyra's bag is always packed.