The whole world seems to be obsessed with Nutella. It’s so popular that 25 percent of all the hazelnuts grown across the globe are used to produce the chocolatey spread. While Turkey produces the most hazelnuts (nearly 75 percent of worldwide production), France consumes the most Nutella in the world.

But of course, we’re here to talk about hazelnuts in relation to craft beer. The popularity of Nutella has put a spotlight on the hazelnut and craft brewers are taking advantage of the ingredient’s popularity.

Here are a few beers out there for the Nutella lover in all of us:

Brew Bus Brewing’s porter combines the sweetness of hazelnuts with the roasty and malty goodness typical of the style. This beer was first poured at Hunahpu Day 2015, and met with such acclaim that Brew Bus decided to make sure fans got more. It’s the first Brew Bus beer to see large-format bottles and will continue to pour every year around World Nutella Day (February 5).

While this won’t coat a slice of bread as well as the hazelnut spread it’s modeled after, it would be an excellent addition to any cocoa-flavored dessert, like chocolate mousse. 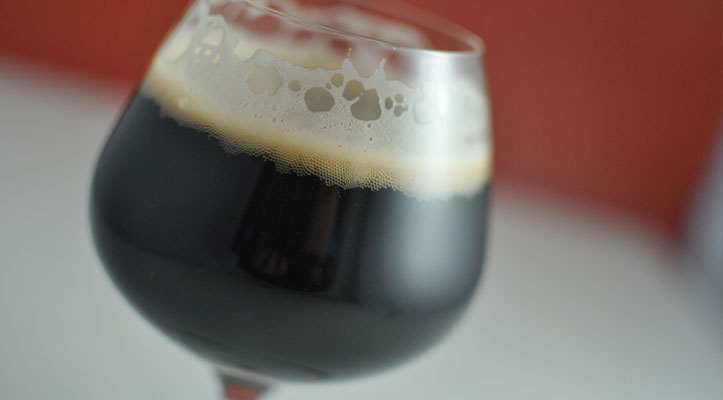 When Cigar City Brewing wanted to develop a beer that mimicked the taste of devil’s food cake, they used hazelnuts to sweeten it to the desired level of chocolatey goodness. The beer uses an imperial stout base to lay down a sweet and roasty foundation, while hazelnuts help the chocolate-frosting character emerge.

Sardo Numspa is named as a reference to the villain in Eddie Murphy’s The Golden Child. This sweet beast clocks in at 11.5 percent ABV, making it the perfect sipper in colder weather.

By adding hazelnuts, Rogue Ales has created a unique take on the brown ale. Based on a recipe created by a homebrewer friend of Rogue’s brewmaster John Maier, this roasty beer has a sweet and chocolatey taste that lasts into the finish. Rogue’s “tree to table” motto is especially poignant here, as Oregon is the center of hazelnut production in the U.S. 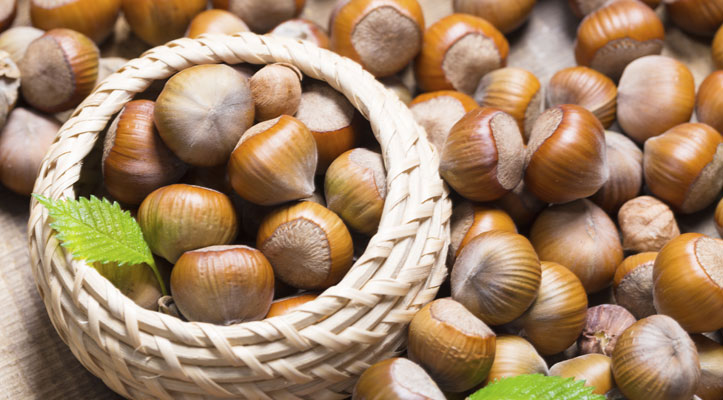 While the other beers on this list allow hazelnuts to shine as the star of the show, Dogfish Head’s Birra Etrusca Bronze proves hazelnuts aren’t divas — they also do well as a part of the flavorful orchestra.

Part of the brewery’s Ancient Ales series, Birra Etrusca Bronze is modeled after the blends and mixed-source beers once made by the Etruscan people of north and northwest Italy. It gets some of its fermentable materials through an addition of hazelnut flour, plus a blend of pomegranates, myrrh resin, three types of honey (wildflower, chestnut and clover) and some whole-leaf hops.

Why “bronze”? This beer was aged in bronze vessels to approximate what it may have tasted like to its original consumers some 2,800 years ago.

The Bruery merges an enormous amount of hazelnuts with its immense Black Tuesday Imperial Stout to create Grey Monday. For added intensity, the whole creation gets a boost of flavor and alcohol as it ages in bourbon barrels.

The result is much more than a pun on Black Tuesday’s name. Hazelnuts add an extra dimension of chocolate, which makes Grey Monday perfectly pairable with desserts or strong dishes (The Bruery suggests hazelnut biscotti or a strawberry torte).

The Bruery likes to say that the original Black Tuesday pairs well with the end of the world. If that is the case, then Grey Monday would be best served with a supernova — the alcohol alone (18.5 percent ABV) is enough to top off any evening with just a few sips.

Other Breweries Working with Hazelnuts: