Humans are sexual by nature (it’s Valentine’s Day and we’re all adults here, right?). Throughout history, people have long celebrated the foods and beverages that induce lust and increase libido. Love potions of some shape or form have been part of almost every culture for thousands of years—this includes beer.

Since its conception (how’s that for a play on words), alcohol has been celebrated for its euphoric properties. Beer is not only a social lubricant—it’s also a lust-enhancing aphrodisiac that was even worshiped by the Romans. But alcohol can do as much harm to the body as it can do good. Shakespeare alluded in Macbeth that alcohol “provokes the desire, but it takes away from the performance.” All things in moderation, my friends.

So skip the Champagne this Valentine’s Day and seduce the object of your affection with one of the following aphrodisiac-infused craft beers. 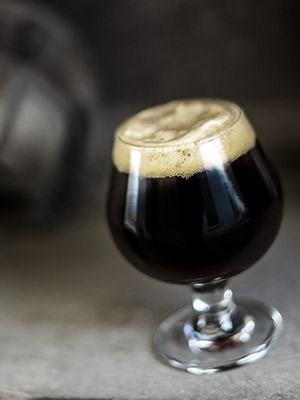 According to legend, Aphrodite, the goddess of sexuality and love, rose out of the sea in an oyster shell, forever associating oysters with sexual desire and fertility. Oysters are high in zinc, which has been known to increase sperm count, and recently, researchers have linked the amino acids found in oysters to an increased production of sex hormones.

It might come as a shock to those unfamiliar with the style, but a handful of craft brewers actually brew with theses sexy invertebrates. Some brew with only the shells, while others opt to brew with the entire oyster, shell and all. Oyster stouts are typically dark, roasty and dry with a mild brininess.

This Valentine’s Day, get it on with a dozen oysters and one of these equally arousing oyster stouts:

Fiery and potent, chili peppers are a powerful aphrodisiac. Chili peppers increase heart rate and levels of endorphins in the body, as well as raise the internal body temperature. This intense combo can lead to an energy rush so pleasurable that it triggers an addiction to spicy food.

Montezuma infamously spiked his desire-enhancing chocolate drink with chilies to kick up his libido before visiting his concubines.

These days, craft brewers have been experimenting with all types of hot peppers in beers—even the palate-scorching ghost pepper. Here are some beers sure to spark your fire this Valentine’s Day: 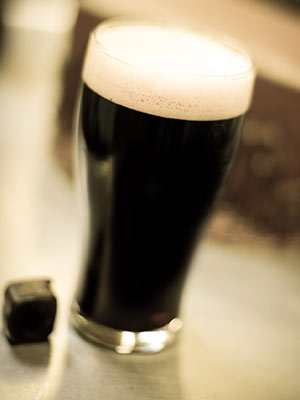 One cannot deny the wonderful powers of chocolate. Personally, I think chocolate has the ability to solve and cure just about any problem in the world. The Mayans worshiped the cacao tree because they believed it was divine in origin.

Outside of its intoxicating aroma and taste, chocolate is a natural mood enhancer and brain stimulator.

Stouts are by far the most common style to feature chocolate but isn’t unheard of to find it in other styles. Heighten the mood this Valentine’s Day with one of these cocoa-tastic elixirs: 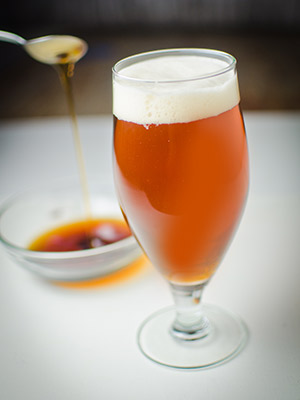 Interesting fact: Honeymoon got its name from an old Viking tradition involving mead, an alcohol beverage made from honey, that the groom and bride were encouraged to imbibe.

Honey is rich in the chemical chrysin, a testosterone booster, and B vitamins, also good for testosterone.

Although honey is almost entirely fermentable, beers brewed with honey still have an exhilarating essence of je ne sais quoi. Turn your Valentine’s Day into a mini-honeymoon escape with one of these mead-esque brews: 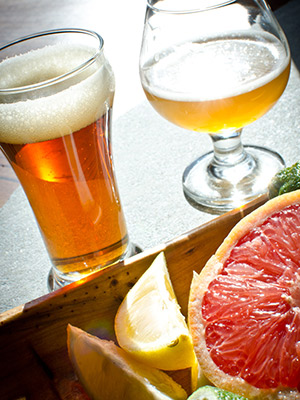 Because of their association with fertility (think seeds), many fruits are considered to be aphrodisiacs.

Induce lust this Valentine’s Day with one of these fruit-infused brews:

Whether aphrodisiacs have true medicinal powers outside of myth and folklore remains a debate. Not debatable, though, is the magical effects of craft beer. What craft beer will you be sharing with your loved one this Valentine’s Day?