It’s time to get excited for the Great American Beer Festival. The festival hall inside the Denver Convention Center is a bit overwhelming to the first timer, while veterans have probably mapped out their routes ahead of time with the My GABF app.

An event of this magnitude attracts so many wonderful and whimsical American craft brewers, so sometimes, the biggest challenge for you is where to begin. We have a few suggestions in the form of a Bingo card. Trekking to the back of the hall to find the American Cheese Society always yields a treat or two, and it’s always exciting to try medal-winning beers that had previously eluded your tasting glass.

(READ: Is it Your First GABF? Here are the Do’s and Don’ts)

Everyone who traverses the festival floor seeks treasure of some sort: check the rush when the doors open to see whose beers are the latest palate tantalizers, then check the table next to that line and see what amazing beer that brewery is pouring.

There are no awards for a brewery that runs out of beer first, and it is a great time to savor the flavor of so many unique beers concentrated in one spot. Here are a few places to look for that next beer that will send you to your hoppy place.

Some of the squares are self-explanatory, but in case you need a little help, check out our key below the graphic. 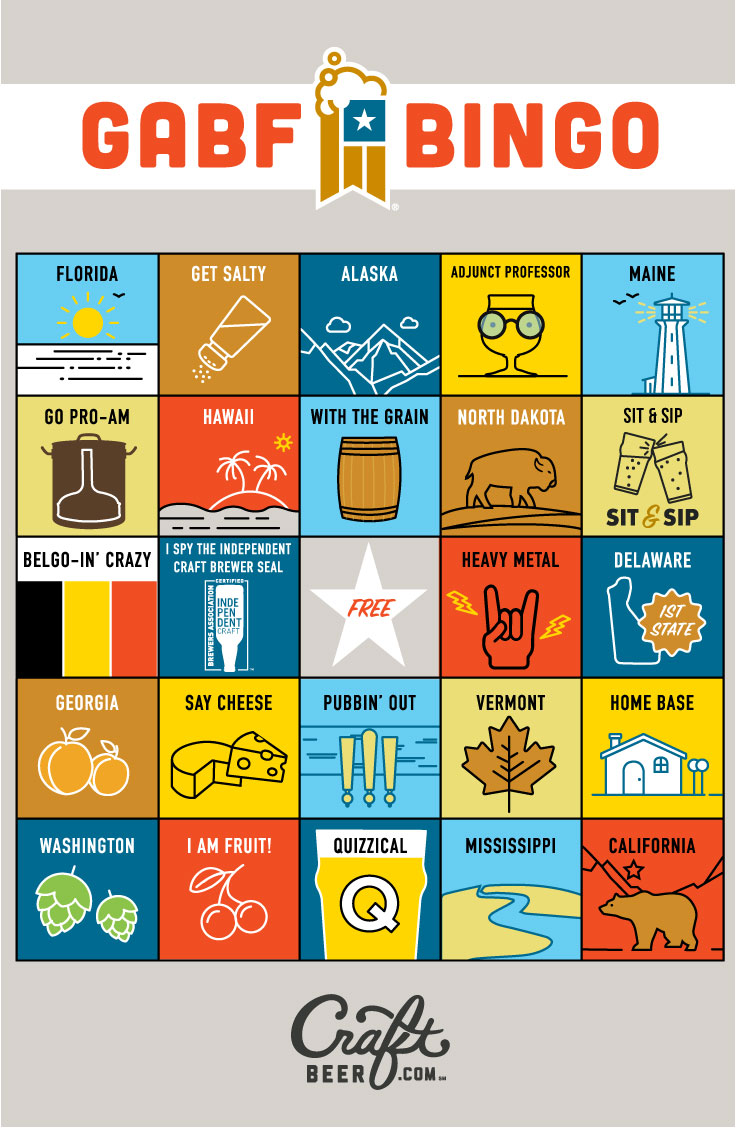