In a world where innovation only breeds innovation, it’s natural that craft beer, an industry born from ingenuity, is ever-evolving. Today, there are no laws that dictate how beer must be brewed, and the creative ability of craft brewers is seemingly unlimited.

Older styles are continuously being manipulated to create newer styles and sub-categories. As a result, style guidelines and categories are constantly changing to keep up with the evolution of craft brewing.

One of the most manipulated styles today is the India pale ale (IPA). The Brewers Association style guidelines recognize three official categories of IPA (four if you include the American black ale, often referred to as a black IPA):

Although those are the only styles of IPA that are defined and judged, the spectrum of IPA sub-categories is not limited to three. Essentially, outside of changing its color, there are two ways that brewers manipulate the style: 1) Take an IPA base recipe and ferment it with an atypical yeast strand; 2) take a different style of beer and hop it as if it were an IPA.

Today, I am attempting to name and describe some of the not-yet defined sub-categories of IPA emerging in the marketplace. Please note that as with most experimental beer styles without official guidelines, these sub-categories are still slightly ambiguous and open to interpretation.

The “Other” India Pale Ales

IPA base recipe fermented with Belgian yeast. Similar appearance, malt content, hop aroma and flavor profile as an IPA, but with noticeable fruity esters and flavor characteristics of Belgian yeast.

India session ales provide all of the hop goodness of an IPA, but at a more sessionable ABV level. Learn more about this emerging style in “7 India Session Ales for Summer” by Brian Yaeger.

Belgian witbier hopped like an IPA. Similar color, body and esters as a witbier with noticeable hop aroma, flavor and bitterness.

An IPA or IPA sub-category that goes through primary, secondary or other fermentation with wild yeast. 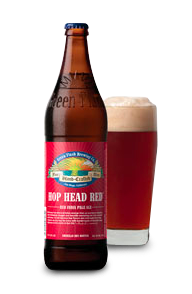 American red ale brewed at a higher strength and hopped like an IPA. Typically, redder in color than an IPA, with deep ruby hues.

IPA brewed with the addition of rye as an ingredient.

IPA brewed with the addition of spices, herbs or flowers. 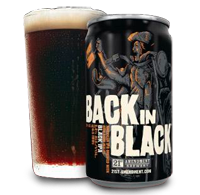 The black IPA is arguably one of the most discussed beer sub-category these days. Technically, the style has already been named and defined by the Brewers Association as the American-style black ale. It is essentially an IPA brewed with the addition of dark specialty malts, resulting in a dark brown to black IPA with a hint of roasted malt flavor.

As you can imagine, the potential for sub-categories of sub-categories becomes exponential when these styles are combined. As more and more brewers step outside of the traditional style guidelines, expect to see more variations of the IPA style to appear in the marketplace. Do you know of others? Leave a comment!