Reviewed and revised annually by the BA, the BA’s Beer Style Guidelines serve as a model resource for brewers, beer judges and competition organizers, and celebrate the great diversity of beer around the world. The emergency change comes outside of the typical timeline for style guide revisions due to the realization of neglect to recognize the trendy beer style.

“Typically, our technical team would take more time to adopt a new style to our official competition guidelines,” says BA spokesperson, Lisa Frank. “But when dozens of breweries started brewing glitter beers, and consumers couldn’t get enough, it was apparent to us that it was time to add some sparkle to our beer style guidelines.” 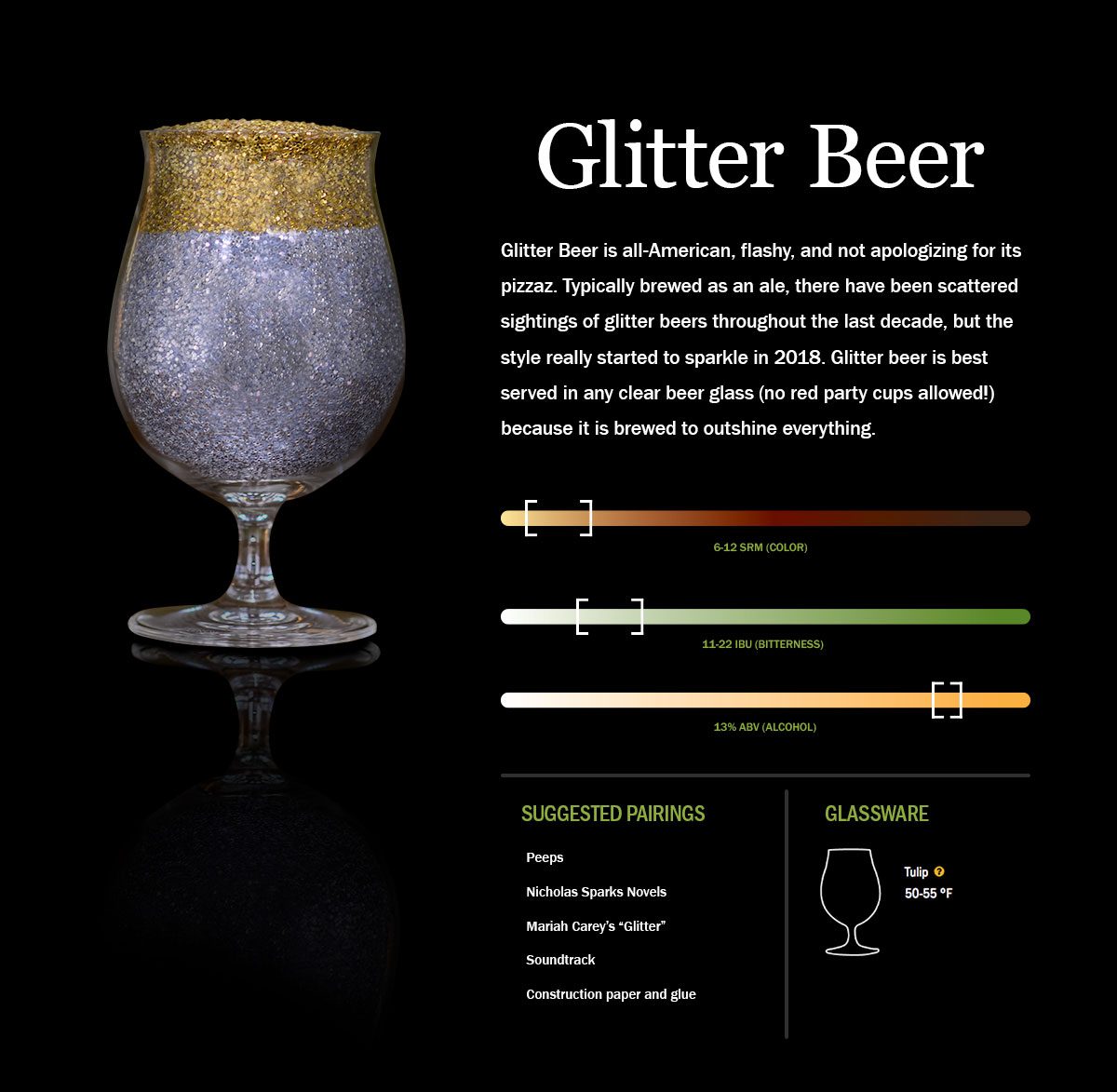 Style guidelines help guide judges during competitions. Here’s what the guidelines look like for glitter beer:

BA Names Glitter Beer ‘Official’ Competition Beer Style was last modified: May 30th, 2019 by Andy Sparhawk
CraftBeer.com is fully dedicated to small and independent U.S. breweries. We are published by the Brewers Association, the not-for-profit trade group dedicated to promoting and protecting America’s small and independent craft brewers. Stories and opinions shared on CraftBeer.com do not imply endorsement by or positions taken by the Brewers Association or its members.