The Brewers Association released its annual list of the Top 50 U.S. craft brewing companies Tuesday. The Top 50 list is compiled based on beer sales by volume in 2018.

“Although the market has grown more competitive, particularly for regional craft breweries with the widest distribution, these 50 small and independent brewing companies continue to lead the craft brewing market in sales through strong brands, quality, and innovation,” says Bart Watson, chief economist at the Brewers Association.

The Brewers Association (BA), publishers of CraftBeer.com, is the not-for-profit trade group representing small and independent craft brewers. All the breweries on the Top 50 list fit the BA’s definition of a craft brewer:

Below is a graphic showing the full list of 2018’s Top 50 U.S. craft brewing companies. Remember, the BA’s Top 50 is based on beer sales by volume and not by beer ratings. 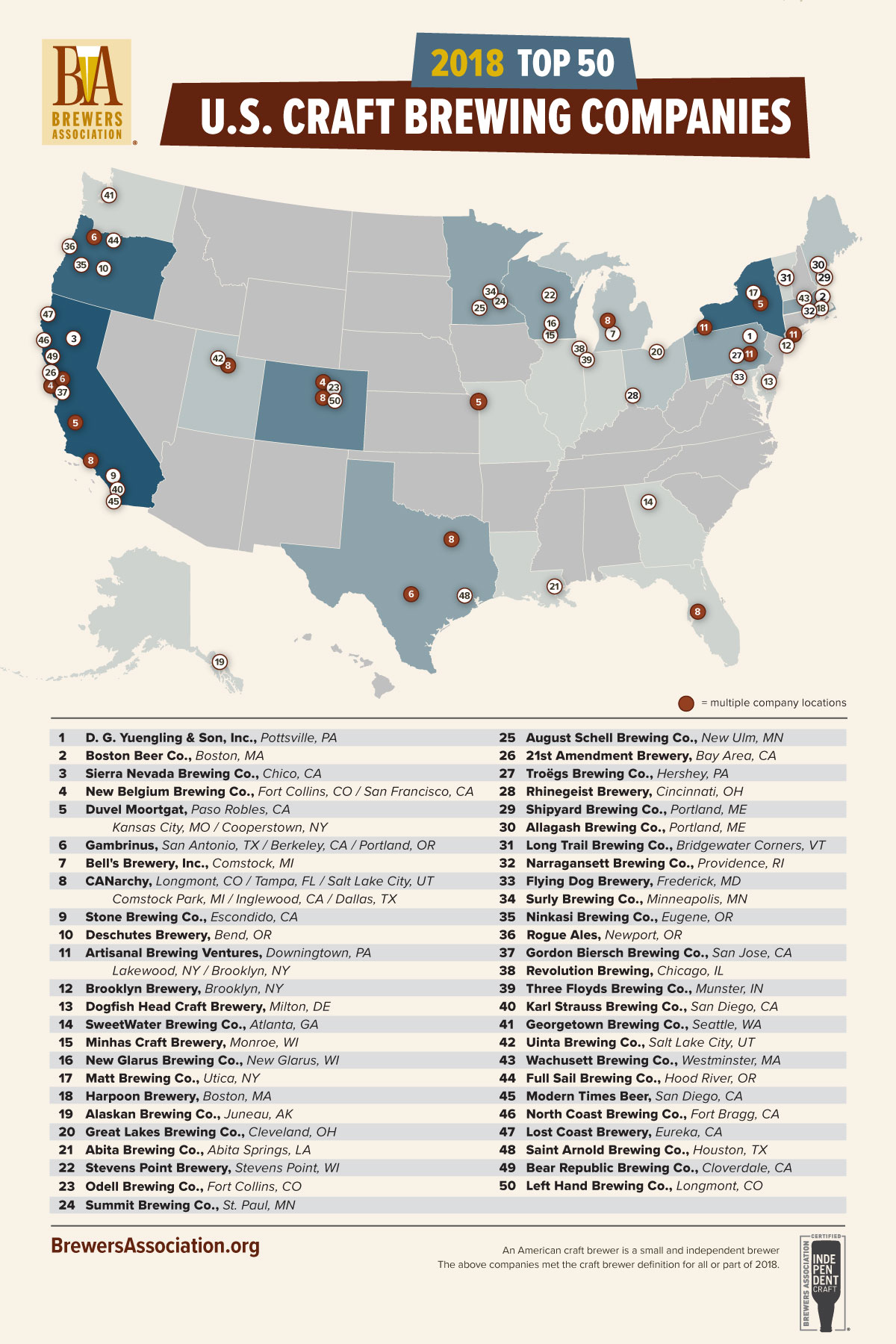 In June 2017, the BA released the independent craft brewer seal to help beer lovers recognize which brewers fit the craft definition. More than 4,000 breweries have adopted the logo in less than two years. Look for the seal — an upside-down beer bottle — on packaging, labels, tap handles and more in breweries and wherever craft beer is sold.