Rogue Farms Is Like Santa’s Workshop, But for Hop Lovers

Rogue Farms in Independence, Oregon, is a little like Santa’s workshop for hop lovers. You can walk through hop fields, watch the harvest during the late summer months and bask in that beautiful nose tingling, palate watering hop aroma — and it’s all about 75 miles from Rogue’s brewery in Newport.

Rogue President Brett Joyce says the 2008 global hop crisis was the impetus that got them thinking long term about being more self-reliant in terms of ingredients.

“If you believe necessity is the mother of invention, then this is a case study in that,” he says. “It was really at that point that we wanted to make sure we didn’t have to tell our brewmaster, whose nickname is ‘More Hops,’ that we didn’t have more hops, or the hops he wanted, to put into our beer.”

Rogue Farms was born and they began farming the land in 2008.

Learning the Patience of a Farmer

Just as brewers learn patience for barrel aging beers, the team knew it would be a few years for the farm to create actual hops they could use in the beer.

“It takes two years from the time you plant hops to get a full harvest, so we really had to sit there and stare at them for a couple years,” Joyce explains. “As brewers and business people, it’s hard to be that patient.”

The farm is now home to eight hop varieties that Rogue uses in its beers. Each has its own signature profile, outlined in detailed infographics from Rogue. 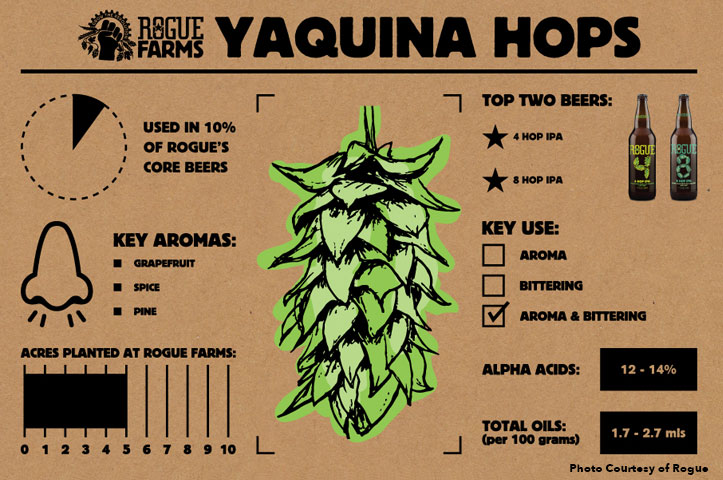 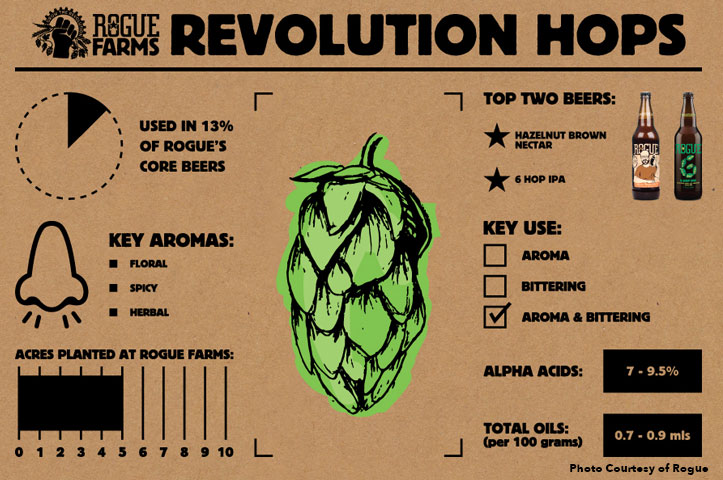 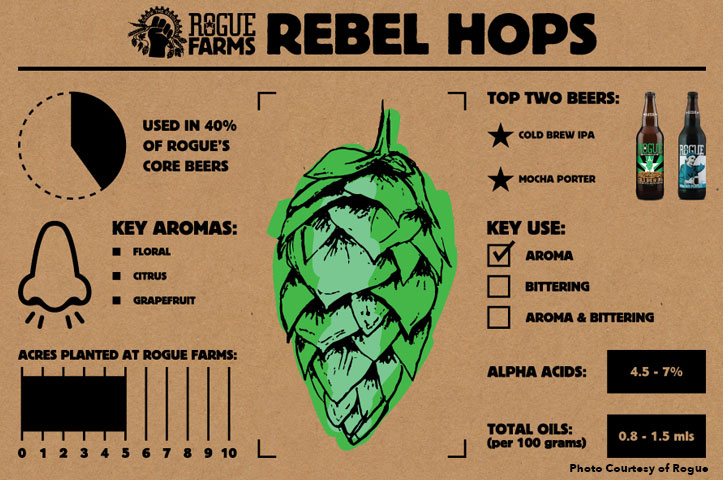 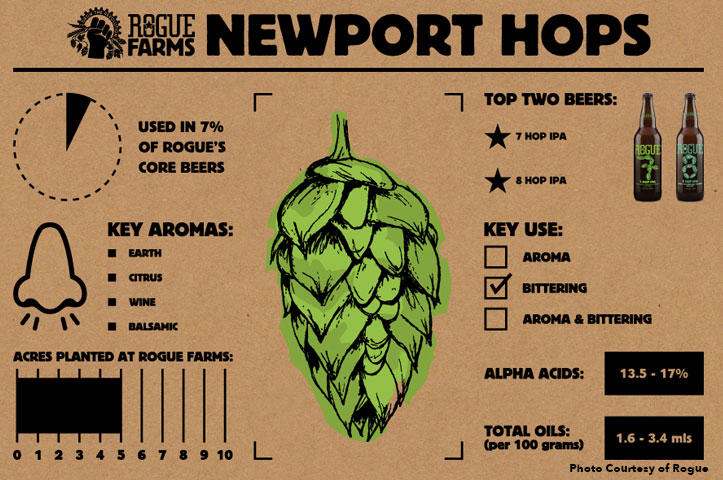 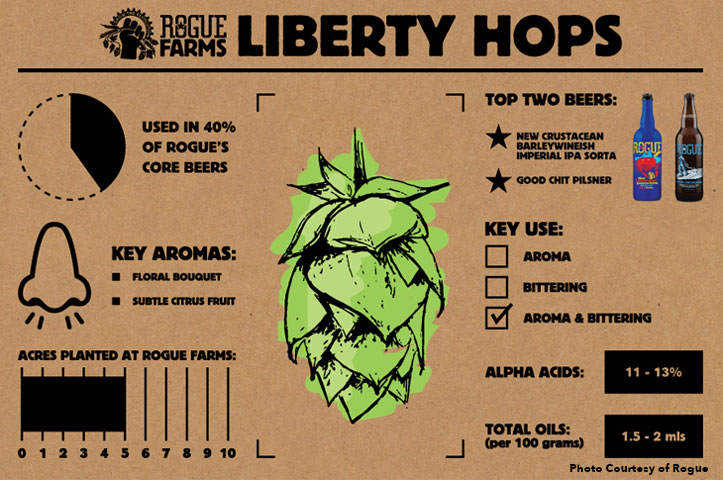 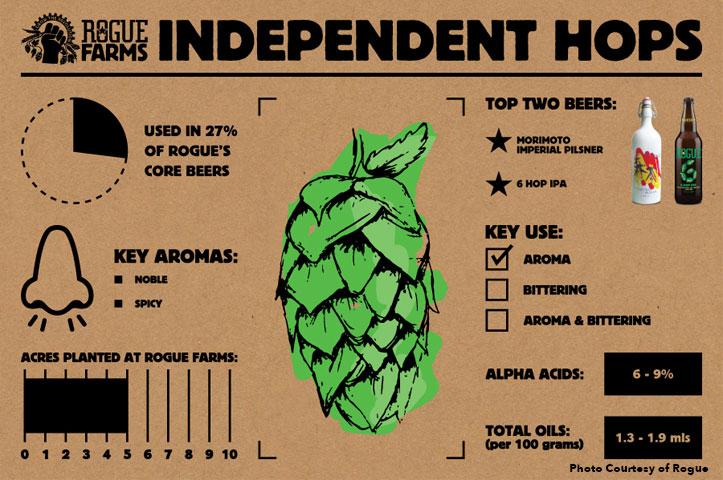 Two more varietals have been planted that Joyce expects will be ready for harvest by 2018.

The farm and processing facility are open for tours, and Joyce says it’s the perfect place to spend a “lazy Sunday afternoon.” There’s a taproom with food on-site so you can experience how the ingredients surrounding you at the farm work inside the beers you’re tasting.

If you want to get the full sensory effect of the hop farm, go during harvest season.

“The best time to visit is July, August and September,” Joyce says. “Crops are growing. We get into processing and it’s fun to watch the trucks driving by with hops falling out and on the way to the beer.”

Falling out of the trucks and practically tumbling into your beer — sounds like a slice of hop heaven to us.

Rogue Farms Is Like Santa’s Workshop, But for Hop Lovers was last modified: November 14th, 2016 by Jess Baker