Here is a List of the Top 50 U.S. Craft Breweries

The Brewers Association (BA) released its annual ranking of the Top 50 U.S. Craft Brewing Companies Wednesday, saying the breweries on the list are “providing optimism” in a “dynamic time for the brewing community.”

More than 5,200 breweries are operating in the U.S. right now, which is more than any other time in the nation’s history.

“With such a broad range of brewers in today’s beer landscape, the more advanced producers have helped build the industry to what it is today,” says the BA’s chief economist, Bart Watson.

The BA (publishers of CraftBeer.com) is the national organization that represents more than 70 percent of those 5,200 U.S. breweries. The BA board of directors is the body that sets the definition of a craft brewer.

The Top 50 list ranks craft brewers based on beer sales volume in 2016. 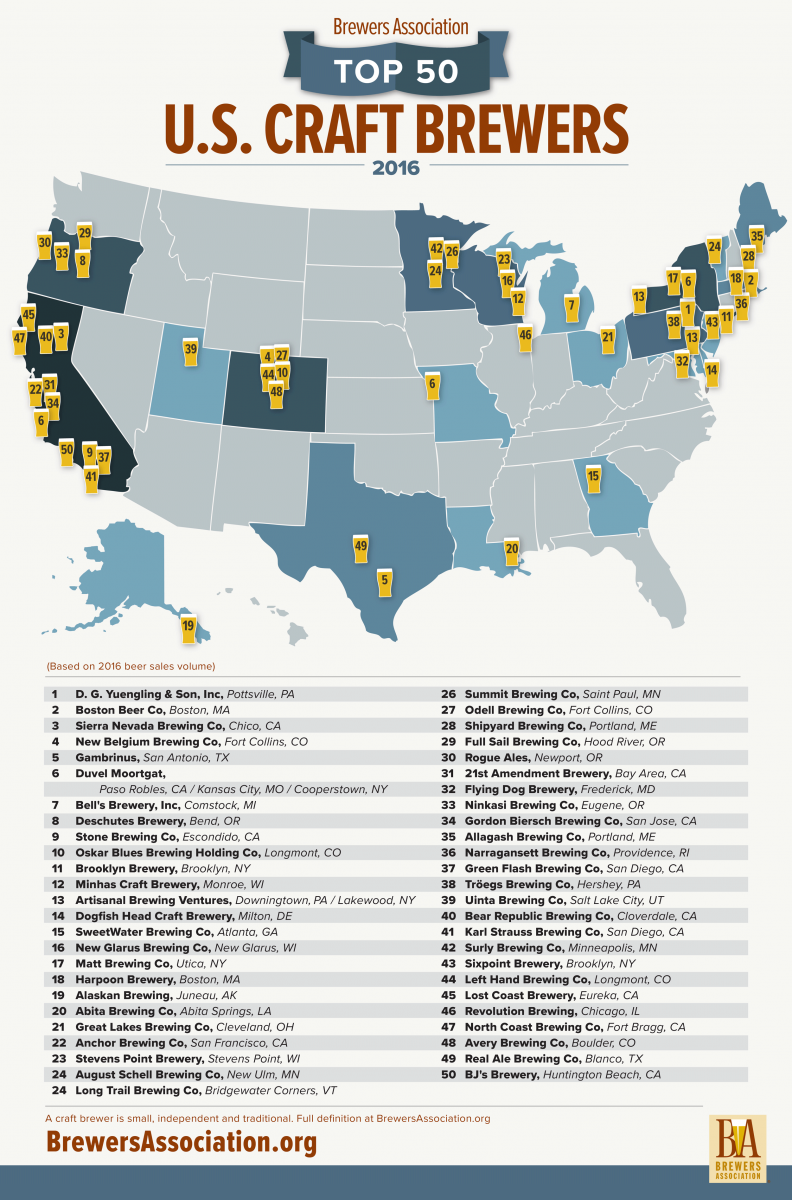 (MORE: Understanding the Three-Tier System: Its Impacts on U.S. Craft Beer and You)

What’s changed since the Top 50 list released in 2016? Here are a few things that jumped out at us:

Ballast Point Brewing & Spirits and Lagunitas Brewing Company are absent from this year’s list after previously being included in the top 15 last year as they no longer fit the Brewers Association definition of a craft brewer due to the ownership of more than 25 percent by a beverage alcohol industry member that is not itself a craft brewer. Ballast Point is now owned by Constellation Brands, while Heineken owns 50 percent stake in Lagunitas.

You can read more about the list at BrewersAssociation.org. Watson will also be providing more insight into the state of the industry during the Craft Brewers Conference from April 10-13 in Washington, DC.