What ‘Selling Out’ Is Actually About

Anheuser-Busch InBev is in the midst of a PR push, the goal of which is to soften resistance to their craft brewery acquisition strategy. Sadly, credulous beer writers aren’t asking any of the right questions, so I feel a need to respond.

The sacrificial lamb in this takedown is Aaron Goldfarb’s recent piece for Serious Eats entitled, “What ‘Selling Out’ Allows a Craft Brewery to Do.” I’m picking this one because it covers most of the bases on this issue, which makes it convenient.

(MORE: The Illusion of Choice and American Craft Beer)

This strategy is, by far, the most effective way for macro-brewers to reduce consumer choice and extinguish the craft beer movement they’re now trying to co-opt.

I apologize to Aaron in advance because he’s sorta conscious of the fact that he’s being manipulated, but he simply doesn’t know enough about the beer business to understand exactly how. I don’t mean to pick on him; there are plenty of other similarly problematic articles I could have chosen. Hell, when I was a freelancer, I would’ve gladly cooked up a story about how to construct a helicopter from discarded sex toys if someone had offered me twenty-five cents a word to write it. But I’ve heard the misinformation in this piece repeated too many times to ignore, so here goes.

I’ll take the arguments one at a time:

Moving production of core brands from acquired breweries to ABI’s plants improves their quality. Goldfarb says ABI’s plants are being “retrofitted specifically to handle craft beer in ways that the craft breweries themselves simply couldn’t afford back when they were independent operations. InBev’s added a Super Sack system…hop backs…conical tanks, and more cellaring space.” Other items cited are a mash filter, centrifuge, and tasting room.

Problem: None of the items listed are unaffordable to independent craft brewers and none of them are related to quality. Many craft brewers have Super Sack systems: they cost about $25,000 and do nothing to improve quality, although buying specialty malts in Super Sacks does reduce their cost slightly. Likewise, many craft breweries have hopbacks; I paid about $3,000 for mine. Most breweries don’t bother with them, however, because it’s generally understood they don’t do a better job of imparting hop flavor and aroma than whirlpool additions. And “conical tanks”? What brewery doesn’t have conical tanks? Literally every single brewery can afford conical tanks. What about “more cellaring space”? You mean, like, renting a building? Likewise, mash filters, centrifuges, and tasting rooms are all relatively common at mid-sized independent breweries. This is just a list of random words meant to give the appearance that the argument has substance. ABI is spinning minor logistical adjustments as proof of their commitment to quality. Anyone who has worked in a brewery can see that this is bullshit.

Side note: Calling ABI “the best lager makers around” is like calling Kraft the best cheese makers around; allowing that statement from Blue Point’s president to go unquestioned is bizarre.

ABI is investing in the breweries themselves with the goal of improving quality, which they couldn’t have done on their own. Goldfarb writes, “It gave 10 Barrel $10 million to buy six new 400-barrel tanks, for instance, and it’s helping Blue Point open a new 40,000-square-foot facility housing brewing and packaging operations, a tasting room, and office space. Collectively, these improvements have led to the production of more consistent flagship beers for many of ABI’s craft breweries.”

Problem: Anyone who has ever worked on the business side of brewing would immediately see the problem with the first part of this claim: 400 bbl tanks cost around $100,000 each, so six of them won’t add up to $10 million. Failing to notice the huge discrepancy between the dollar amount listed and the cost of the alleged purchase is indicative of the overall lack of industry knowledge throughout this piece and many others like it. It may seem like a semantic issue, but it means the author isn’t equipped to dig into ABI’s claims with any authority. The second problem is a larger point and it’s one that gets repeated both throughout this article and many others: the idea that the breweries who sold couldn’t have expanded without macro-beer financing it. This is bullshit, too. Goldfarb cites Bluepoint’s 40,000 sq ft expansion, but I can think of literally dozens of independent craft breweries that have expanded far more aggressively than Bluepoint (Modern Times included) without ABI’s money. But the breweries who have sold and the beer writers who accept their excuses without question would have you ignore this obvious reality because it undercuts an excuse that tends to go over well with the public.

Problem: Virtually all hops, and certainly all of those cited in this article, are available to any craft brewer willing to plan ahead and contract accordingly. Modern Times is a mid-sized, rapidly growing brewery that almost exclusively uses highly sought-after hops in very large quantities, and yet somehow, without the help of ABI’s private farm, we have more than enough hops contracted to see us through the next 7 years of extremely aggressive expansion. We are hardly the only ones who can say that. Hop contracting takes some work, but no one needs the help of macro brewers to get what they need or want.

Macro-beer’s money gives acquired breweries access to capital they could not have gotten otherwise, and this money is spent on experimentation. Goldfarb writes, “Before Golden Road was acquired, in September of 2015, Gill and her two partners were relying heavily on small-business loans from Bank of America Merrill Lynch. That meant money was always tight and had to be used strictly to help the brand grow; there were no resources for experimentation.”

Problem: There are several, but the first is simply a failure of journalism. If Goldfarb has simply asked Gill who those partners are, the fact that one of them is a billionaire would have made clear that she is completely full of shit. Golden Road was the most lavishly funded start-up in craft beer history, something that is widely known throughout the industry. Then there’s the claim that “there were no resources for experimentation” at Golden Road, with the implication being that the same is true for many breweries. This is also nonsense. How money is spent within a brewery, especially one with access to virtually unlimited funds like Golden Road, is a question of priorities, not capabilities. If a brewery does not invest in experimentation or barrel-aging or a sour program, it is because the people who chose how money is spent at that brewery are not interested in those things. Again, there are literally thousands of breweries with far fewer resources than Golden Road or Goose Island who do all of those things and more. 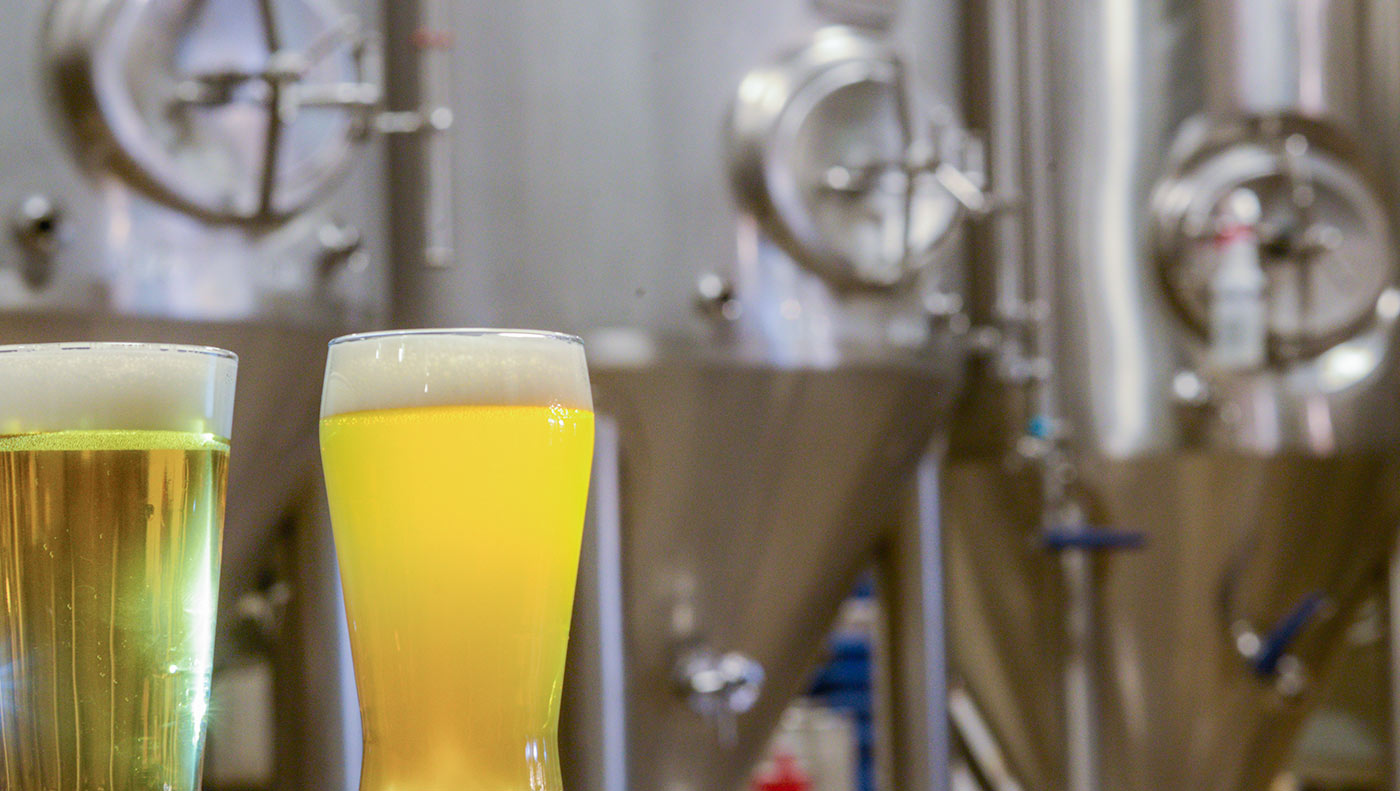 The vast majority of independent craft breweries successfully rely on bank financing for their expansions. Interest rates are at nearly historic lows, and banks are more eager than ever to work with bricks-and-mortar companies with solid cash-flows. If you want bank financing and your business is even moderately healthy, it is there for the taking. My experience with several rounds of major expansion is that the equipment financing expanding breweries need is usually the easiest type of financing to access, and that banks are generally understanding of how and why breweries spend money.

This one isn’t a claim, it’s a key piece of information that goes maddeningly uncommented upon. Goldfarb writes, “Gill says. ‘The margins we needed to hit on our beers are now gone’–ABI doesn’t necessarily care if each and every beer released makes a solid profit–and ‘it’s changed how we think about our portfolio in a major way…'”

Problem: This is the most predatory and ill-intentioned thing the macro brewers have done with their acquisitions, and Goldfarb allows Gill to cite it as evidence of their benevolence, which drives me nuts. The reality is that selling a product at or below cost is an anti-competitive business strategy that is intended to put smaller competitors out of business. If there’s one thing independent craft brewers can’t do that macro-brewers can do it is lose money. And this strategy is, by far, the most effective way for macro-brewers to reduce consumer choice and extinguish the craft beer movement they’re now trying to co-opt. Goldfarb remarks upon this later in reference to $56(!) Goose Island kegs, but fails to grasp that this strategy is THE reason for these acquisitions. Not quality, not making dreams come true, not sharing information. The goal is to destroy craft beer from within by operating acquired breweries as zombie brands that wreak havoc in the marketplace long after the life has been squeezed out of them.

Being acquired by a macro-brewery gives access “to the minds of fellow brewers,” allowing breweries to improve their practices.

Problem: Craft beer is the most open, collaborative industry I know. There is absolutely no shortage of access to information from “fellow brewers.” I have not once been told something was “proprietary information” by another craft brewer. If there is anyone in the beer industry who jealously protects their “trade secrets”, it is the macro-brewers, who are notorious for their harsh treatment of employees who fail to obsessively protect information from competitors. “The minds of fellow brewers” are there for anyone to access, no buy-out necessary.

Breweries can’t expand their geographic distribution without the “muscle” of macro brewers. Goldfarb claims Founders “would never have been able to obtain shelf space” in “foreign cities” had it not been partly acquired by a macro-brewer.

Problem: Independent craft breweries expand their geographic distribution literally every day. There has never been a time when distributors were more eager to take on new brands. This has, in fact, been one of the seismic shifts in craft beer over the last decade. In the late ’90s and early ’00s, craft breweries often had to beg and plead distributors to take them on. Now, distributors are so eager for new brands, the Brewers Association has had to enact a rule preventing distributors from openly pitching to craft brewery owners at the annual trade show because it became overwhelming. Meanwhile, loads of craft brewers of all sizes are jumping at export opportunities, which are abundant. Hell, Modern Times, which is about one-tenth the size of Founders, exports to 12 overseas markets, zero “muscle” required.

Here’s the truth: selling to a macro-brewer is the fastest, simplest way to turn equity in a craft brewery into cash. That’s the only reason to sell to them. Anyone who claims otherwise is full of shit.

What ‘Selling Out’ Is Actually About was last modified: November 14th, 2016 by Jacob McKean
CraftBeer.com is fully dedicated to small and independent U.S. breweries. We are published by the Brewers Association, the not-for-profit trade group dedicated to promoting and protecting America’s small and independent craft brewers. Stories and opinions shared on CraftBeer.com do not imply endorsement by or positions taken by the Brewers Association or its members.