A Toast to Summer: Festivals, Patios, and Benefits

Spring had just sprung the weekend I spent in Boise, Idaho for the Treefort Music Festival. Surrounded by the snowcapped Boise Mountains, I was told that spring had arrived super early this year. The bounty of craft beer flowed freely within the festival’s ale fort, inspiring me to search out some of the nation’s other festival planners with craft beer on their palates.

Summer is here, y’all! I don’t know about you, but I plan to raise my fair share of pints wherever I go, including some of the most unique ways to celebrate the craft. From hiking and biking to balloons and tunes, I’m hitting the road in search of my new favorite festivals, not to mention great patios worth sitting a spell. The water’s plenty warm, and the suds plenty cold. So, come on out and toast to summer with me!

Produced by the Illinois Craft Brewers Guild in partnership with Choose Chicago, Friday Night Flights began celebrating its sixth year with the first of a four-part series on May 27. Chicago reportedly has more breweries than any other city in America, with more than 160. Each month a different neighborhood will be showcased: Gallagher Way in Wrigleyville (which took place on May 27), Bridgeport (June 24), Chicago Brewing District (August 26), and Ravenswood (September 16). Within each neighborhood, the beer lineup will vary, and different cuisine and music each week highlight this inclusive way to explore the unofficial craft beer capital of the United States.

Responsible for over 75 percent of the nation’s hops, Yakima’s prized crop can be found in beer glasses all across America. It’s hard to beat an outdoor brewery setting on one of those working hop farms, B.T. Loftus Ranches, at the peak of growing season. Bale Breaker Brewing Company just completed an expansion of its patio to include fire pits and great places to hang out just in time for Ales for ALS on June 25. The family, who has a history of ALS, has embraced this cause, donating a blend of experimental hops every year to more than 130 breweries around the U.S. who create a signature brew and donate at least $1 per pint to the cause, collectively raising more than $4 million since 2013 toward ALS research. As part of the Ales for ALS festivities, Bale Breaker brews an annual release of Bubba’s Brew in honor of the uncle of co-owners Meghann Smith Quinn and Kevin Smith.

Beginning and ending at Bass Lake, this five-day, pack-supported backpacking trip is an experience of a lifetime featuring stunning mountain scenery and craft beers. Spend your days exploring the Ansel Adams Wilderness on the southern border of Yosemite National Park, where you’ll find sweeping granite ridges with gorgeous views of the mountains and wildflower-strewn meadows along with sparkling high-mountain lakes offering a lifetime of fishing possibilities. There will even be an option for an ascent of one of the 10,000+ foot peaks. Come nightfall, enjoy craft beers from South Gate Brewing Company including a signature brew made specially for the trip. During happy hour, brewmaster Rick Boucke will be on the ready for tips and tricks for crafting your own special brews. “Hopportunity is knocking” for you to head to the hills on this one! 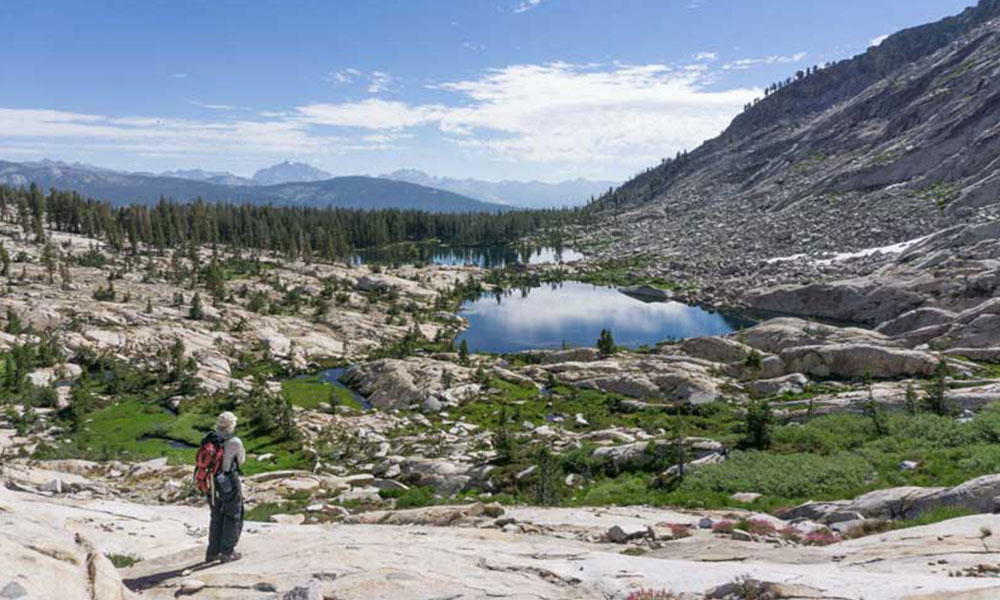 Held the last full weekend of July for more than 30 years, the Oregon Brewers Festival brings more than 80 craft brews to Portland for a four-day brewfest, the largest gathering of its kind in North America. One of the country’s longest-running and best-loved craft beer festivals, the event is situated in downtown Waterfront Park on the banks of the Willamette River and attracts award-winning beers, live music, food vendors, beer memorabilia, and homebrewing demonstrations every year.

If you’ve ever spent any time in the South on a hot September day, you’d say, “Hell yeah, it’s still summer!” Headliners this year at the Pilgrimage Music and Cultural Festival at the Park at Harlinsdale Farm include Chris Stapleton and Brandi Carlile. But the craft beer hall is a top act for festival goers, too. Located under a giant tent and featuring eight of Asheville, N.C.-based Wicked Weed Brewing’s most popular and seasonal beers, the beer hall will also offer local and regional brews on draught. It’s a big weekend for football, too, so the brew hall will show NCAA and NFL programming on LED screens the entire weekend. 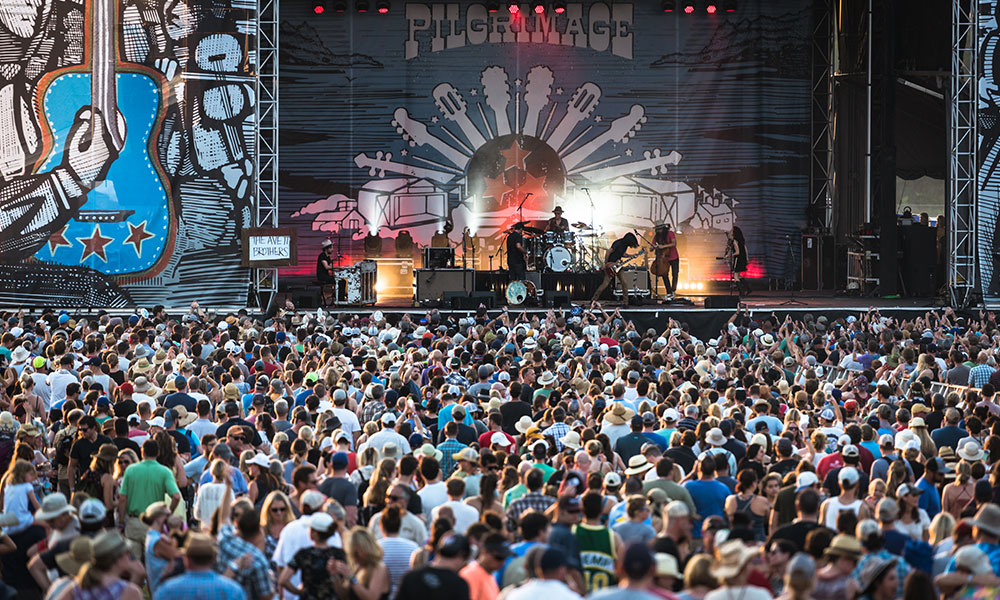 If patio sipping is more your thing, here are some unique locales to check out this summer.

“What happens in the swamp ought to be in your cooler” is this Cajun Country favorite’s mantra. Acadiana’s first brewery has grown into a full experience, complete with live music, jam sessions, trivia, movie nights, annual events such as burning of the crawfish, onsite pizza place Cajun Saucer Pizza, and an arcade for the kids with vintage games. You’ll enjoy bayou views from the brewery’s patio and other outdoor seating.

Recently opened in Fort Worth’s Mule Alley (the revitalized horse and mule barns in the city’s Stockyards District), Second Rodeo Brewing is an outdoor beer garden, brewery, and live entertainment venue that resembles an eccentric Texan artist’s junkyard studio. True to Fort Worth’s “Funkytown” persona, there are quirky details around every corner, including a giant swing, cowboy boots hanging from chandeliers, colorful chairs made from repurposed beer barrels, and a paint-splattered standing piano on the performance stage. Under a retractable roof, guests can enjoy handcrafted beers, Western-inspired cocktails, and a unique menu of dressed-up comfort food while playing a variety of lawn games or jamming out to authentic Texas music.

Tennessee Brew Works’ two patios are dog-friendly and family friendly, and the brewery’s State Park Blonde Ale benefits the 56 Tennessee state parks. The brewery also offers beers made with 100-percent all-Tennessee grain. Each quarter, the brewery selects a local charity, with each Sunday’s pint sales going toward the effort. Also, you can’t visit Music City without savoring the copious opportunities to hear music. Tennessee Brew Works features amazing live music on the regular with a mouth-watering menu and some of the best brown water produced in these parts by George Dickel and Uncle Nearest.

Offering an ever-evolving selection of small batch, locally-inspired in-house brews with names like Porter Porter (named after Porter Ave.) and 1699 Pale Ale (named after the year OS was founded), Lost Springs also has timely brews to commemorate events, such as Betty Wit, a Belgian-style witbier brewed in celebration of the one and only Betty White. With comfy lounge areas and locally made bar tables, the covered patio is situated in the heart of downtown Ocean Springs. It’s the perfect place to spend an afternoon people-watching and soaking in the lively downtown atmosphere.

On the seventh floor of the new Aloft, offering scenic views of the Cape Fear River along with seasonal outdoor seating areas with firepits, aView is committed to serving local Wilmington craft brews including offerings from Edward Teach Brewery, Wilmington Brewing Company, Wrightsville Beach Brewery, and Flying Machine Brewing Company. The property is connected to the 100-year-old historic Coastline Center, which was constructed for the Atlantic Coastline Railroad and was used as its headquarters from the early 1900s to the 1960s. Here’s to enjoying the craft among those who’ve gone before us!

A Toast to Summer: Festivals, Patios, and Benefits was last modified: August 2nd, 2022 by Melissa Corbin

END_OF_DOCUMENT_TOKEN_TO_BE_REPLACED

Nothing attracts customers to a brewery more than incredible beer. But a close second? An incredible location!

END_OF_DOCUMENT_TOKEN_TO_BE_REPLACED

Dozens of U.S. growers supply breweries with high-quality hops. These hop farms are often family-run, and count their acreage in double-digits vs. thousands.