In a way, purchasing the Black Elks’ building was like coming home for Ken Carson. The building sits in a part of Albuquerque, N.M., he describes as “the ’hood.” Carson once lived here before moving to the more affluent Northeast Heights in the 1960s, where he attended high school with only three other Black students. It’s as though he is “reverse gentrifying” the neighborhood by coming back to open a second location of his Nexus Brewery.

Carson sees his return as a victory. He grew up there, along with all of his Albuquerque friends.

“You got a Black guy going back to his old neighborhood and upgrading a building,” Carson said. “You’d have to be crazy not to appreciate the fact that we’ve been able to redo an old building that’s historical to the Black community and see the faces of people within the community who used to go to that place.”

Despite the closure, Nexus has thrived, but life in the food and beer business wasn’t always what Carson had envisioned for himself.

From Banking to Beer

A common thread in Carson’s life emerged years before opening Nexus: being the only Black person around.

It began in high school and followed him into the professional world when Carson worked his way through college at New Mexico State University as a federal examiner with the Comptroller of the Currency. He moved into banking locally and eventually found himself in a deputy director role, where he led the banking department for the entire state of New Mexico. He was appointed director when he was around 30.

After working his way up to bank president, he intended to retire after a successful career. But being on the wrong side of a shareholder fight meant his role as president was no longer tenable. And then came the financial crisis of 2007-08, otherwise known as the Great Recession, considered by many to be the worst financial crisis since the Great Depression. The bank began to lose money and business slowed.

“I started thinking, this bank’s gonna fail, I’m going to be unemployed,” Carson said. “During the financial crisis, an unemployed banker’s not going to get employed.”

The plan was to start another bank, but Carson thought better of it. Instead, his thoughts turned to a totally different pursuit: beer.

“I became a fan of breweries before it became popular,” Carson said. “In the 1990s, we were in Colorado a lot. It was kind of a habit and a hobby where I would go and hang out at breweries.”

At the time, Black brewery owners and brewers were rare, with Garrett Oliver of Brooklyn Brewery being the most prominent. However, Carson was not deterred. Despite an inauspicious start (his first batch as a brewer was “horrible”), he put together a business plan and knew he needed to find an experienced brewer.

While building out Nexus, Carson began to hear of a lot of other breweries trying to open. So he went against his plans and added a 10-foot kitchen hood. He wasn’t sure what it would be used for, but his first inclination was fried chicken and collard greens. 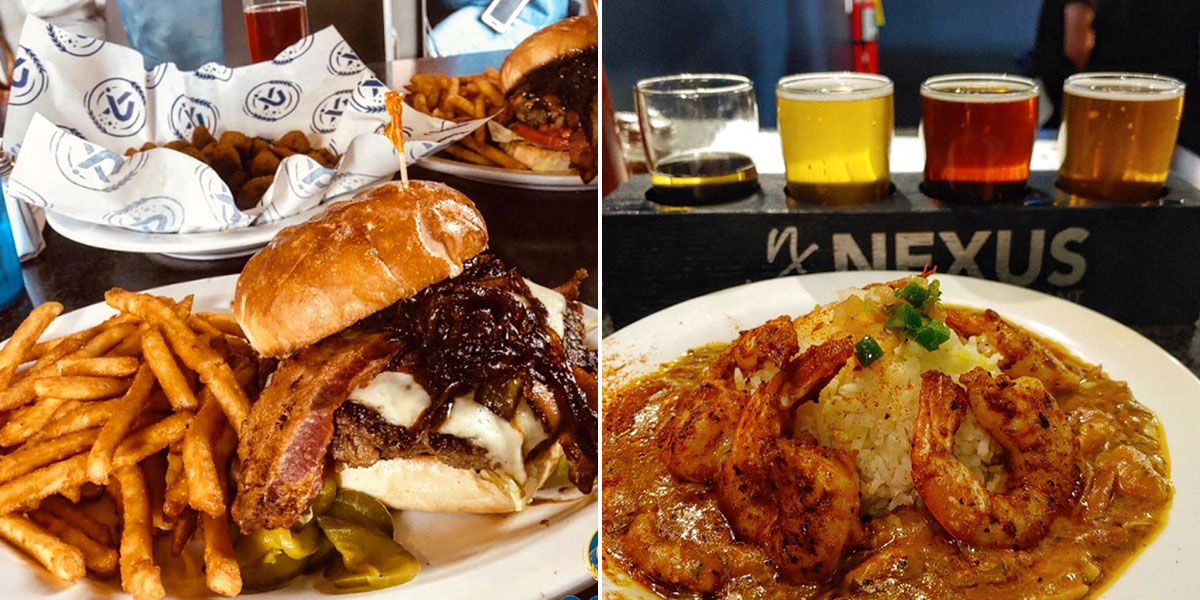 “At the time I would say we were probably the only soul food brewery in the world, back in 2011,” Carson said.

A consultant tried to dissuade him from featuring fried chicken, citing the difficultly level. With a delay in construction and money running low, Carson let the kitchen advisor go. After hiring a brewer, Carson began researching what food would work best.

“I decided to do fried chicken anyway,” Carson said. He visited highly rated spots like the since-closed Gladys Knight’s Chicken and Waffles in Atlanta, Roscoe’s in L.A., and Lo-Lo’s in Phoenix. Each place was famous for chicken and waffles, and each had lines out the door.

The eclectic menu caught the attention of Guy Fieri, who filmed an episode of Diners, Drive-Ins and Dives at Nexus.

“His comment was that he hadn’t had collard greens that good on this side of the Mississippi,” Carson recalls.

The food isn’t the only thing garnering attention for Nexus. 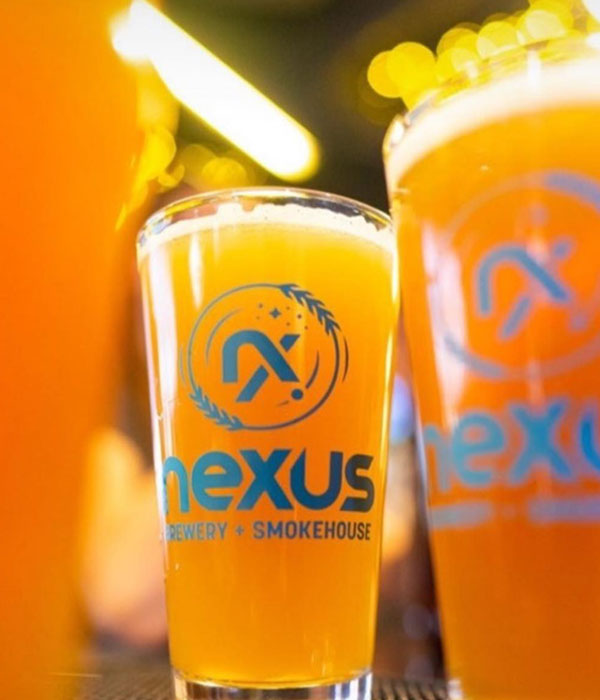 In 2017, the brewery was awarded a gold medal at the Great American Beer Festival (GABF) for its Imperial Cream Ale. In 2015, it won a silver medal at GABF for Honey Bear, a honey and chamomile wheat beer. More recently, Beam Me Up (Higher), Scotty won a silver in the Old Ale category of the 2022 World Beer Cup.

All three of Carson’s brewers have made award-winning beers. Carson said there really isn’t a method to hiring medaled brewers—it’s more of having them try to match the food quality and giving them the reins to do what they want in the brewery.

When first submitting beers to competitions, Carson looked to his customers for inspiration on what to enter from Nexus’ portfolio.

“When we won the first award, we just knew the beer was good and our customers liked it,” Carson said. “We just picked the strongest selling beers we had at the time. We were really surprised when we won an award.”

Carson thinks the bar is high for beer quality in New Mexico as well, but winning awards validates Nexus’ mission.

“We feel very appreciative,” Carson said. “It’s an acknowledgement that the quality of our beer is up there with everybody else. The staff is proud, I’m proud, our brewers are proud.”

Among the medal winners, Carson recommends the Imperial Cream Ale as it goes with just about anything on the menu.

“It’s very light, it doesn’t have a whole lot of hops or contrary flavors,” Carson said. “It just goes very smoothly with everything.”

What’s Next for Nexus?

As Carson continues to get everything dialed in for the original location, he’s also working on developing the Smokehouse, which he calls a work in progress despite sales doubling in the last five months. He has also signed a contract to serve beer in a local food hall.

When asked what advice he would give to other BIPOC looking to open a brewery, Carson said, “You just have to just keep fighting to do your best to accomplish your dream. There’s two things that I really love that I grew up with: barbecue and soul food. And that’s exactly what I’m doing.” 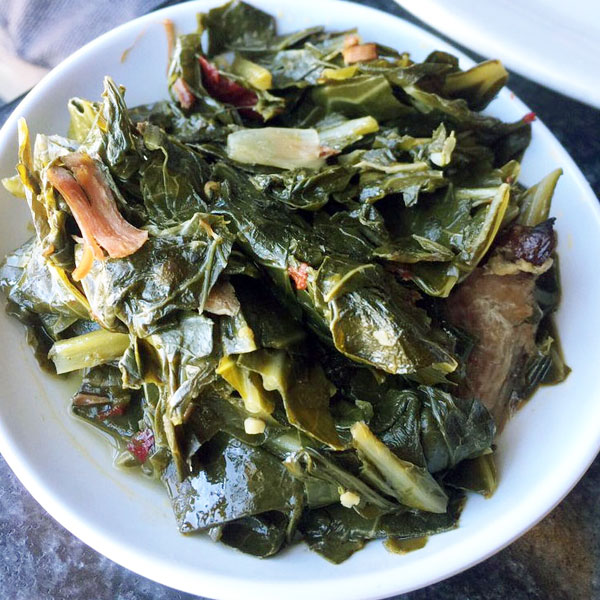 Wash collard greens. Start by folding collard greens in half and de-stemming each leaf. Remove the large stem in the middle. Chop leaves at about 1 inch increments.

Boil turkey leg in a large pot for about an hour. Then place greens, onions, crushed chile pods, garlic, bacon, hot sauce, and salt in the pot. Bring to a boil then simmer for about 3 hours until turkey leg and greens are tender. 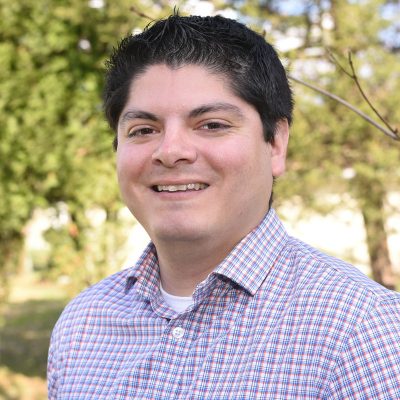 Louis Livingston-Garcia is a Wisconsin-based writer and photographer, sometimes guest brewer, and mass comm professional. He travels near (all across the nation) and far (all the way to New Zealand) with his wife to write about beer and the community it creates. You can follow his beer writing via Twitter at @LouisGarcia12.