A new smartphone app released this week will be a game changer for America’s craft brewers.

The DraughtLab app was announced Monday at the World Brewing Congress in Denver. Its aim: help brewers identify off-flavors and a bad batch of beer before it’s released to the public.

“It’s designed to be the first step in sensory, which is descriptive analysis,” explains Dr. Nicole Garneau, PhD, a geneticist at the Denver Museum of Nature & Science, and one of the DraughtLab’s founders and creators.

DraughtLab will be the second groundbreaking contribution Garneau and her business partner Lindsay Barr, MS, New Belgium Brewing’s sensory specialist, will release to the science behind beer in less than a year. At the 2016 Craft Brewers Conference in Philadelphia, the pair unveiled the Beer Flavor Map. The Beer Flavor Map revolutionized beer terminology, essentially replacing the Beer Flavor Wheel, which was created in the 1970s.

The DraughtLab app takes the Beer Flavor Map and puts it to work with real-life benefits for brewers, both professional and homebrewers, by allowing them to collect real-time data on their beers. Brewers will use the data to make decisions about whether or not their beer is ready for public release.

Industry experts will tell you quality standards is one of the larger threats facing the industry. Small brewers admit quality concerns keep them awake at night.

Garneau says she’s heard from brewers who absolutely understand the concerns around quality and consistency, but at the same time, it can be an overwhelming amount of science.

The science behind sensory is a tangled web of disciplines, from anatomy to physiology to chemistry — much of it beyond even the best brewer’s deep scientific knowledge. Then throw statistical work on top of that, along with the task of putting together a panel of people to taste beer — but that’s where Garneau and Barr, the scientists come in.

“One of the barriers is money; one is time; one is complication,” Garneau says. “The point is to make life easy.”

Garneau explains the app basically takes the information that scientists like she and Barr know about off-flavors and infections, and puts that information in an easily digestible form for brewers.

Here’s how the DraughtLab app works. Let’s say a new batch of beer is ready to be released. We’ll call our beer Pine Tree Place IPA. We’d make a new entry in the app called Pine Tree Place IPA, send a short link and the beer to our panel of 10 or so taste-testers. Those testers click on the short link, and start to rate the attributes of the beer right inside the app: taste, smell, color, and so forth — almost like you’d give survey feedback on a hotel or level of service you received on an airplane.

That data goes back to the brewer for analysis. If a few testers report they taste a hint of butterscotch or seaweed — any off-flavors — red flags go up, and the brewer knows the beer isn’t on target. The information they collect through the app will go a long way in diagnosing where the problem areas are in their workflow or brewhouse.

Sensory programs and labs exist at America’s larger craft breweries, like New Belgium and Boston Beer Co., but a majority of the small and independent beer makers simply can’t afford to bring a scientist on board. The free app closes that gap and breaks down the barriers that currently exist for brewers to get true sensory information that will guide them to make more consistent beer. 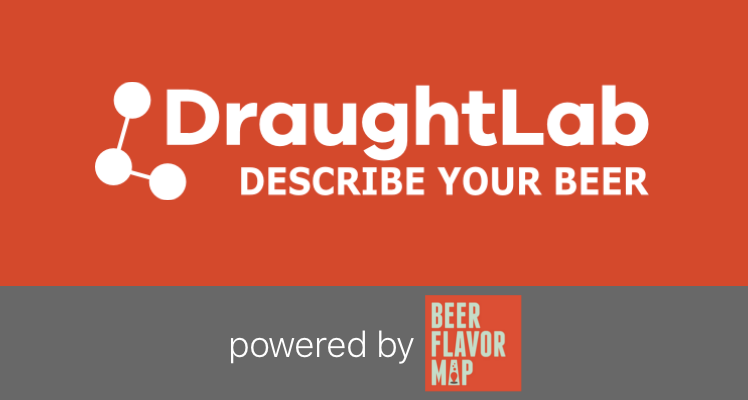 While the game-changing implications behind the app are impressive, the story of the team behind the app is rather serendipitous. Garneau and Barr knew their Beer Flavor Map needed an app. Neither had coding experience but were starting to investigate the idea of building it themselves.

At the same time, 29 Labs, a software company out of Rochester, New York, had been working with a brewery to build custom sensory software. But as 29 Labs’ Matt Conyer explains, “being outsiders to the industry, there were some parts of the sensory process we didn’t quite grasp yet.” Conyer, along with colleagues Michael Penza and Chadwick McNab, decided to attend the Master Brewers Association of Americas conference. They saw Garneau’s presentation on the Beer Flavor Map, and a few weeks later over coffee, the two groups decided to put their efforts together. That was just 10 months ago.

The team sees practical use for the app beyond the brewhouse or homebrewer’s kitchen. Beer bar managers and staff could use it to nail the descriptions they use to talk to customers about beer. If you hold beer tastings at home, the app could help you elevate your personal sensory education.

“We’re helping people do the descriptive work because that can be difficult,” Garneau says. The team worked hard to build the app so it would help “people to take the terms and turn those into something that feels a little more poetic.”

The founders say the current iteration is likely only the beginning. They want to build algorithms into advanced pro versions that could make data brewers receive from panels even easier to digest.

The DraughtLab app is available for free on iPhone at the iTunes Store and for Android at Google Play.