My career cultivating a scientific understanding about flavor has prepared me for contributing to beer knowledge, but not “growing up” in the industry means that I often am not aware of the many of the shared stories, anecdotes and oral histories that have been passed down from one brewing generation to the next. So it’s not surprising that I find myself stumbling into these moments of tension where my grasp on the science behind a phenomenon, like beer calming spice, doesn’t quite match up with the brewing industry’s perspective. 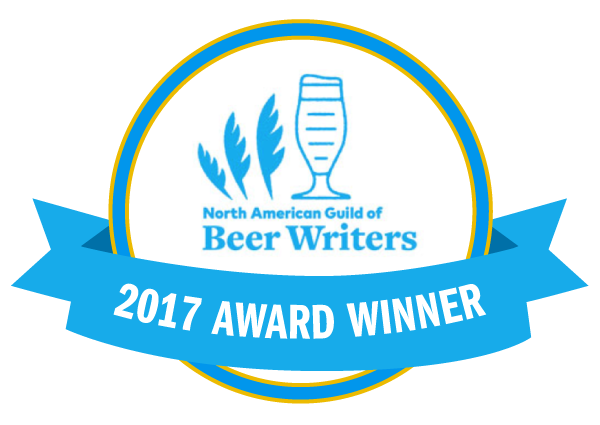 Along those lines, I recently got myself in a bit of boiling water. I was presenting a workshop of food and beer pairing alongside my colleagues on the Beer & Food Working Group, when I made a comment about the dated image of beer and hot wings and made the mistake of following that up by saying beer is a pretty terrible choice for spicy food. There was an audible gasp in the audience, and I looked over to find my friend, and incidentally, publisher of CraftBeer.com, Julia Herz shaking her head with eyes wide. I learned later that for many craft connoisseurs like Julia, beer is a go-to for spicy Thai and Indian food. She swore that it was the residual sugar in the beer that made the pairing work.

The initial wave of relief you get from the beer is the same as you would get with any cold beverage. It temporarily cools your mouth, but as your mouth warms back up, so too does the burning sensation.

To solve this puzzle, we need to consider all the players.

(MORE: Are You Genetically Programmed to Hate Hoppy Beers?)

How Your Taste Receptors React to Spicy Foods

First, the reason why spicy foods cause a burning feeling is because they contain an irritant. For this reason, spicy is a mouthfeel, not a taste. It could be capsaicin in chili peppers, gingerol in ginger, or cinnamaldehyde in cinnamon to name a few. These irritants bind to receptors on the tongue, which kicks off a chain reaction and signals to the brain that there is something potentially dangerous in the mouth. This causes the brain to unleash a typical pain reaction: dilation of blood vessels cause your skin to get red, sweating occurs, and you actually feel like your mouth is burning. The goal of a pain reaction? Your body is telling you to counteract. If you’re reading this post, my guess is that you counteract by picking up your beer.

The initial wave of relief you get from the beer is the same as you would get with any cold beverage. It temporarily cools your mouth, but as your mouth warms back up, so too does the burning sensation. Temperature is only a temporary fix because the capsaicin is still tightly bound to those receptors and they are still sending signals to your brain that all is not well. You need something that will pull that irritating molecule off your receptor and wash it away.

And that leads us to learn a bit more about capsaicin. Capsaicin is hydrophobic. This literally means it hates or is fearful of water, and chemically it means it won’t dissolve in water-based solutions. It is, however, drawn to high levels of fat like whole milk, or something high in ethanol even, releasing the pain receptors on your tongue from its grasp. Beer has alcohol, and some beer styles have higher ABVs, so beer might work you say! 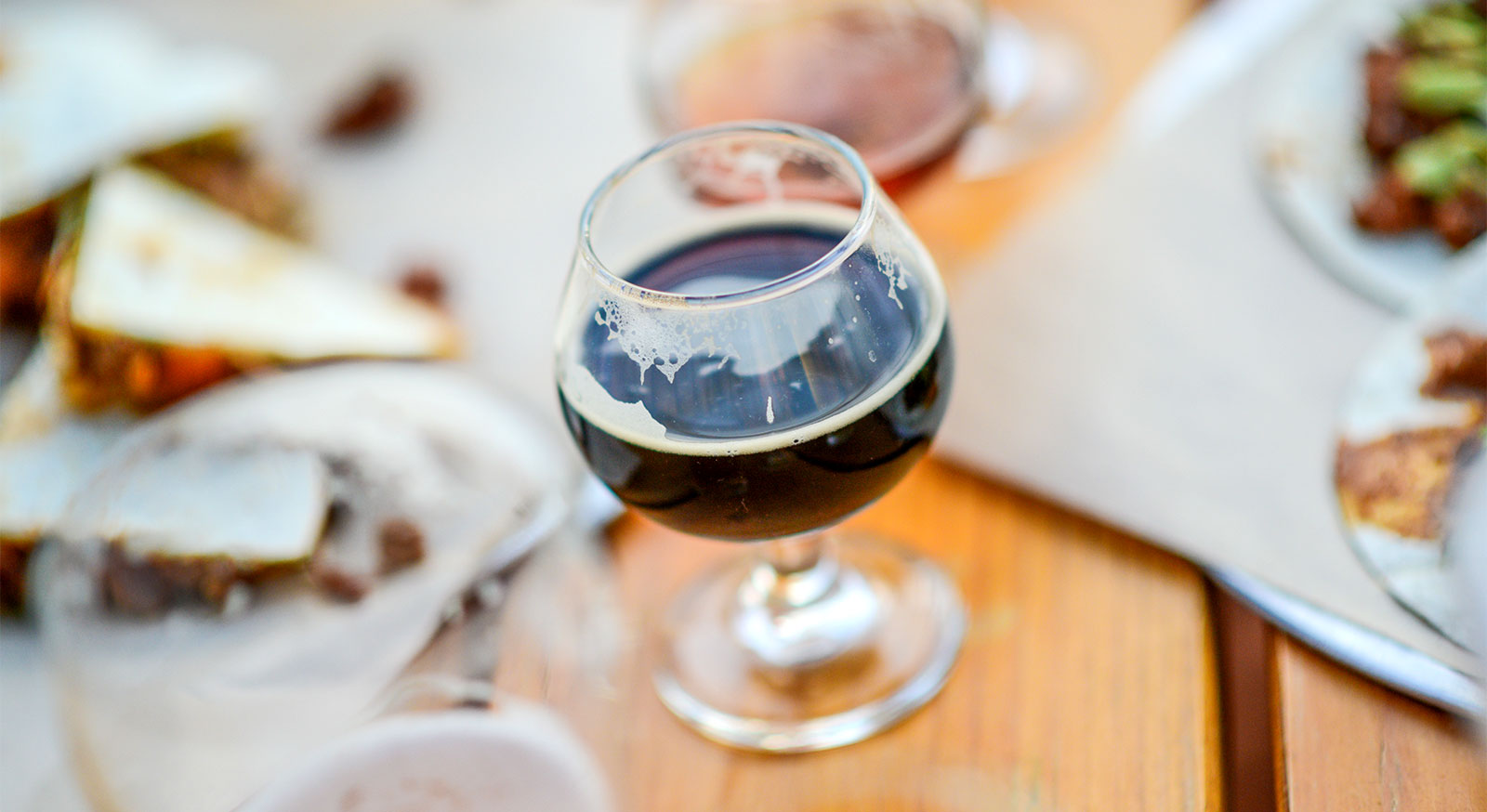 But alcohol is a double-edged sword when it comes to spicy foods. First, it too is an irritant and activates those same pain receptors that capsaicin does. So in a way, it might actually make the problem worse. It will send more signals to the brain that you are in trouble, causing a stronger pain reaction. However, at a high enough ABV, capsaicin could dissolve into the ethanol, pulling it away from your receptors. The problem with beer, even the biggest baddest beer you can find, is that it has more water content than alcohol. Therefore, it will do you little good to sop up the spice and stop the burn.

There are a few other factors that make beer a tricky mate for spicy. One is effervescence, which is the amount of gas dissolved in beer. Carbonation is shown to activate pain receptors at certain concentrations. The second is bitterness. Going against almost all the conventional wisdom I gleaned from beer bloggers and discussion logs, I contend bitter is not a friend when it comes to spicy. In a particularly entertaining, though out-dated discussion on Beeradvocate, almost all the folks that chimed in gave the craft beer party line that a hoppy IPA was the go-to for spicy food. Only one brave soul (hey GCurlow!), went against the tide and noted the combo caused an increased perception of heat, bitter and alcohol. The science supports the lone divergent voice. High alpha acid content matched to high capsaicin do actually amplify each other, making the bitter more bitter and the spicy more spicy, and the burn of alcohol more potent, potentially making the whole package intolerable. GCurlow ended with a comment about pairing with a beer of high sugar content equivalent to riesling.

So like Julia preached, the last piece of the puzzle to calming spice may be sugar. In the case of beer we are honing in with a laser-like focus on residual sugar. If you scour the internet, you will find a number of blog posts telling you just how to kill the burn of chili peppers, and as far as I read, they all included sugar as a possible solution — either straight sugar, or sugar in the form of a doughy gluten-laden bakery bomb. I didn’t find much connected to beer until a blog post from Sam Adams jumped out at me. In honor of IPA Day, they ran a small panel of tasters alongside chefs from the Culinary Institute of America in which they described the intensity of medium-hot chicken wings when paired with three variations of a west coast IPA. 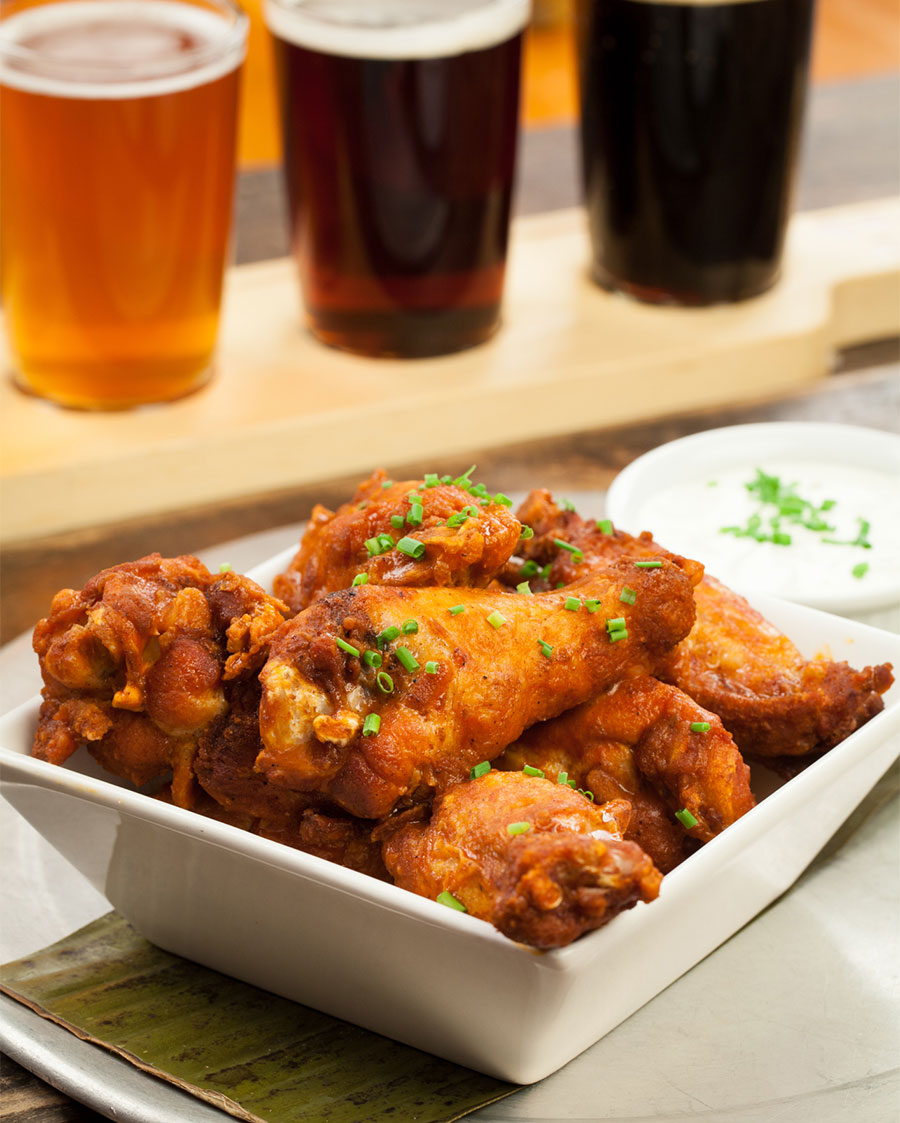 Everyone has great experiences that we can test scientifically. The gang at Sam Adams ran a small but definitely fun experiment on spicy chicken wings and IPA. Although the results they share wouldn’t hold up to scientific peer-review and should not be considered scientific fact, they do give us a glimpse into what might be going on and how we might test this in a controlled setting with data from a large group of participants.

Right out of the gate, I loved that the first observation of the panelists at Sam Adams matches beautifully with what sensory scientists have shown: the highest ABV beer (8.4%) led to increased sensation of heat. However, it’s confounding that the mid-level ABV (6.5%) decreased the heat where the lowest ABV option (4.5%) made the heat linger. The IBUs could also be at play then. In terms of bitter being known to amplify the perception of spicy, the 8.4% beer came with a whopping 85 IBUs which might have contributed to the increased heat. The other two beers both rounded out at 45, so the IBUs in this case don’t help us understand why the heat sensation was so markedly different between the 6.5% and the 4.5% ABV beers.

Again, we are left to contemplate sugar. The panelists at Sam Adams didn’t come out and say residual sugar, but they did mention that the higher the malt characteristic of the 6.5% ABV choice seems to balance the heat perception and that it was this malt characteristic that also brought a sweet perception to the pairing. As far as the scientific research goes, I was unable to locate any reference to sugar being an antagonist to receptors for spicy, nor could I locate anything that says it isn’t. In short, there is no scientific evidence that I could find that says sweet calms spicy, but perhaps the study just hasn’t been conducted yet.

Bottom line, IPAs with their big ABVs and even bigger IBUs probably aren’t what you want to help with the burn of your favorite spicy food. But that doesn’t mean you won’t still reach for it. That’s because your personal preference — how much you like something — is different from perception (how much you detect something). My guess is that you may have conditioned yourself to love the pairing due to years of use, making it familiar and safe. And even though that IPA really isn’t helping the burn, as a human being you are a creature of habit. This is supported by science: we love what is familiar. It is for that reason alone that you may find IPAs and spicy food a pairing that you can’t live without, and not because it calms the burn.

How Craft Beer Fuels the Future of Flavor Science

The stories coming from brewers and chefs, who are some of the most mindful consumers in the world, make for some of the best scientific hypotheses in sensory. This is one of the reasons I love consulting in beer. These are questions that should undergo a rigorous scientific look so that we can move both the science and the industry forward. The gang at Sam Adams ran a small non-scientific, but impactful test using spicy chicken wings and IPA, and by doing so inadvertently shed a bit of light on the possible role of residual sugar in spicy pairings. Light that scientists should consider in selecting and designing the next generation of sensory studies.

Here’s your invitation to contribute your experience. Share your beer flavor question or anecdote that you think could use some science backing in the comments section. It could be the topic of my next article or even end up as the basis for our next scientific study. 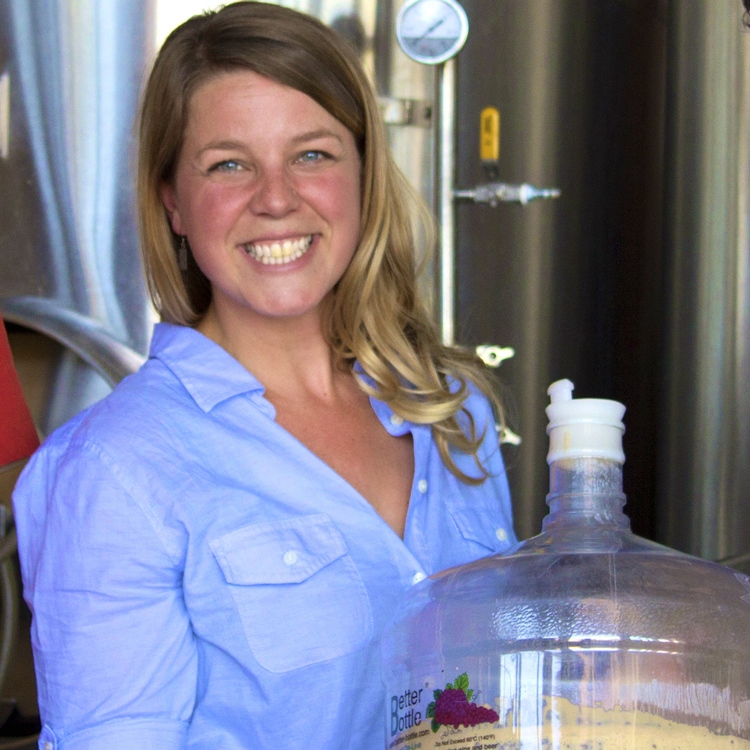 Dr. Nicole Garneau is a geneticist who studies taste, co-author of the Beer Flavor Map, and co-founder of the beer sensory app DraughtLab. She is a sought-after speaker, has done numerous media interviews and is featured in the book, Beer Pairing the Essential Guide from the Pros. She is a member of ASBC, the Beer & Food Working Group, and on the advisory board member for the Fermentation Science & Technology program at her alma mater Colorado State University. When she's not speaking or consulting on sensory perception, she's enjoying time at her day job as PI of the Genetics of Taste Lab at the Denver Museum of Nature & Science.