2018 summer craft beers are already hitting taps and store shelves. While lagers and session ales are leading summer beer styles due to their lower alcohol and easy-on-the-palate flavors, craft brewers continue to create new IPAs and fruited beers of all types to quench whatever thirst you have.

CraftBeer.com asked small and independent U.S. craft brewers to tell us about the summer beers they’re most excited to release this year. Here’s what they told us.

Rice, Jasmine Rice that is, provides distinct flavor to this beer. A certain set of customers always asks, “What is your lightest beer?” We train servers to ask follow-up questions to engage the guest and to help educate them. Some of these questions: Do you mean light in alcohol, light in color, light in body, mild flavored? We brewed this pale lager beer with Jasmine rice to add a nuance to a traditional pale lager and to provide a tasty flavor experience for those guests who insist on a “light” beer. 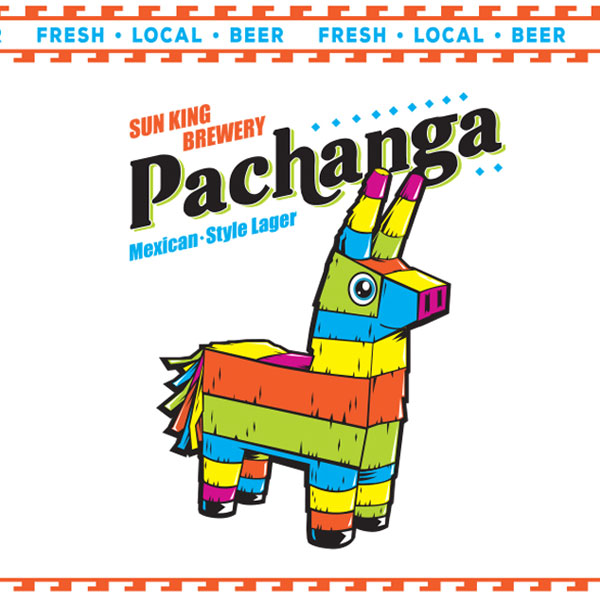 As part of our yearly anniversary party, the staff at Sun King vote on a style of beer to be produced for the event. For our seventh year, Sun King staff voted for a Mexican-style lager, a style that lends itself to day drinking on hot summer afternoons. To make sure we hit the mark, the production team drank through a collection of already-available Mexican-style lagers, discussing what they liked or didn’t like about their options. After working those characteristics, they went to work putting a recipe that reflected what they liked the most, and created Siete, our seventh-anniversary lager. The beer was an immediate hit with the staff, so much so that we immediately began plans to put it into cans to share with the general public. After a name change and new packaging design, Pachanga joined the Sun King Summer Seasonal Lineup. 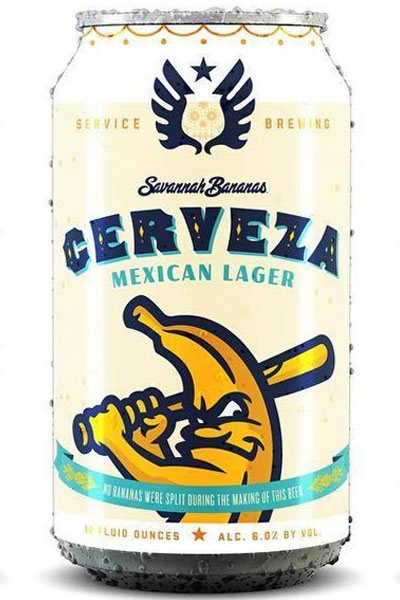 Just in time for baseball season, we introduce Savannah Banana Cerveza, a beer brewed for the local baseball team. Crisp and refreshing, this light lager is perfect for the hot summer nights at Grayson Stadium. And don’t worry: No bananas were split during the making of this cerveza.

Hammonton, New Jersey, is the “Blueberry Capital of the World”! The Jersey-fresh blueberries we use are grown just a few miles from the brewery and are literally just picked when we add them to the beer. Our Blueberry Capitol beer is a dry English-style pale ale with a mild blueberry/vanilla flavor, and will always be a seasonal beer since we only use ultra-fresh berries. 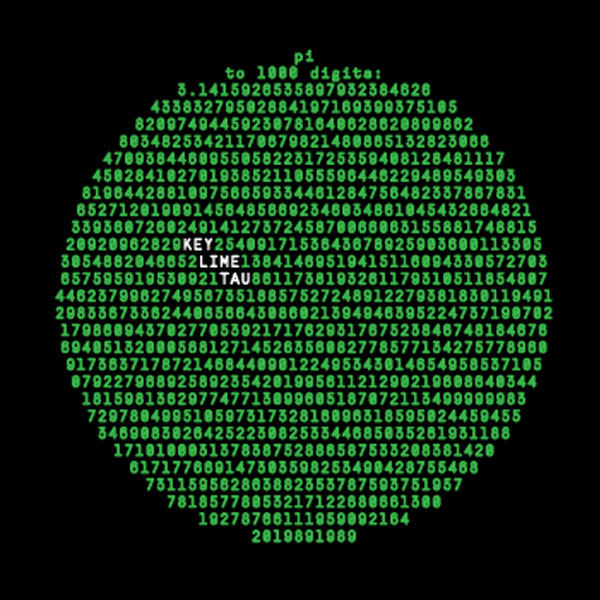 Key Lime Tau is the key lime pie inspired ale brewed on each side of the Atlantic in collaboration with Hawkshead Brewing in the UK. It’s a golden ale aged in oak with fresh lime peel, lemongrass, and lactose. Tau (?) is the symbol for a mathematical constant superior to 2*Pi (2π).

Peach Beerllini Radler is light, bubbly, and refreshing — which is exactly what you want all summer long. Each can of Peach Beerllini Radler contains roughly a half a peach worth of peach! The haze you see in the beer is from naturally occurring pectin in the peaches. The aroma on the beer is literally all peaches. The taste again is all about the peaches, finishing slightly sweet from the sugars in the peaches, but definitely not cloying. It will leave you wanting another sip. Trust us, you’ll want another sip. And another. 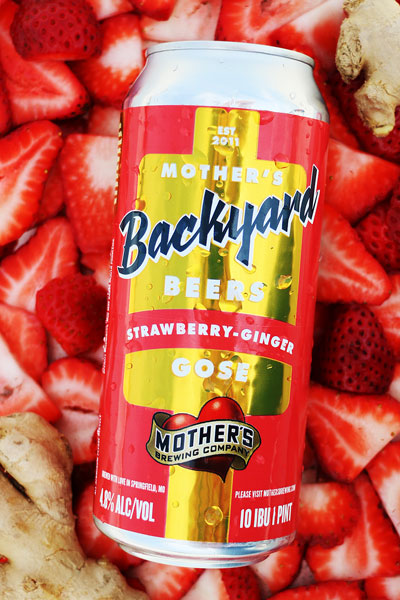 Madie is our environmentally minded employee, starting an office compost and recycling programs. She’s started bringing in her homemade kombucha and it inspired our head brewer. Inspired by Madie’s homebrewed kombucha, this gose is kettle-soured with salt, spices, and black tea. We then add fresh ginger and strawberry puree for a secondary fermentation. Perfect for putting on a sunny disposition, just like our Madie.

Infused with Rishi Organic Blueberry Rooibos and hibiscus tea, this summer sessionable beer, Louie’s Demise, has a blueberry and strawberry nose with a slightly malty aspect. Hints of caramel and Munich malts come out as the beer warms. The flavors are subtle with the hibiscus at the forefront of the pallet. The tea blends a smooth but tart finish to this beer. 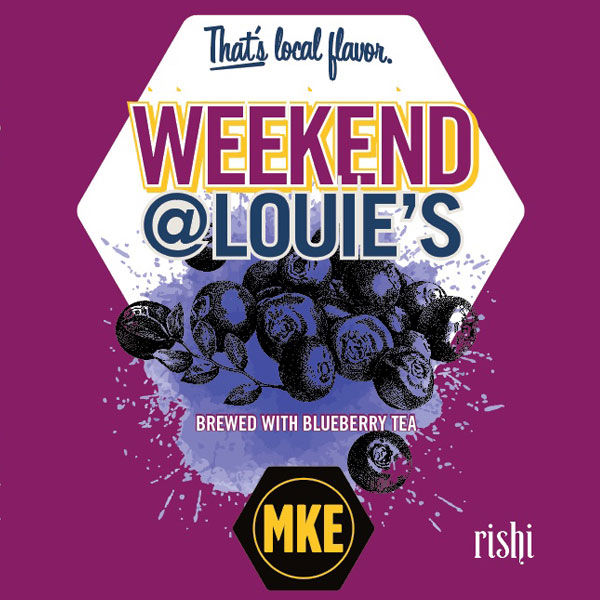 Citrusy and refreshing, notes of orange peel and tropical fruits dominate this Belgian-style wheat ale. Lightly dry-hopped with Citra and Amarillo hops to give it a noticeably American twist, this crushable wheat ale is complex, yet approachable, just like the Jersey Shore. 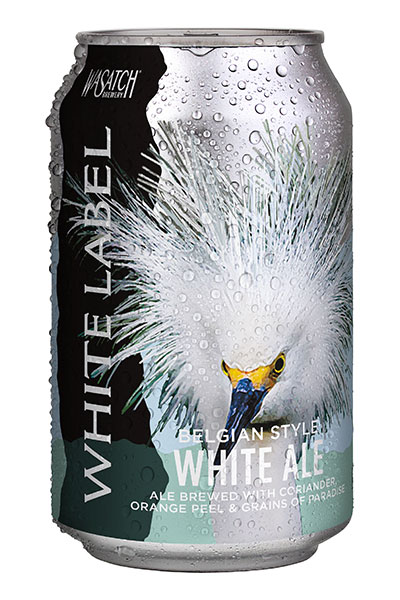 Like the Snowy Egret, White Label is thoroughly unique and both migrate back to Utah in the summer. The zest of orange soars with the flavor of coriander to create a beer that is perfectly balanced and refreshing. You’ll be glad this seasonal beer has come home to roost.

Wit(h) Passion is a Belgian-style white ale featuring a pleasant, light sweetness from the passion fruit which is balanced with the delicate herbal spice of coriander. This beer is brightly carbonated and refreshingly crisp, with a dry, tart finish. 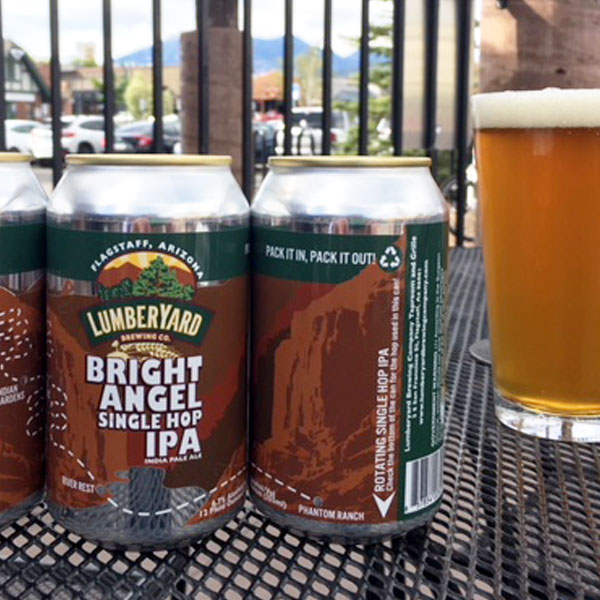 This New England-style IPA beer embodies this outdoors adventure and everything that summer has to offer in northern Arizona. Most beers are made with a blend of hop varieties, but this beer is only made with one: Sorachi Ace. The Sorachi Ace hop is known for its citrus and herbal aromas that create a lemon-lime flavor. Bright Angel IPA is named from one of the most used trails in the Grand Canyon. Bright Angel Trail winds its way down the Grand Canyon to the Colorado River and Phantom Ranch.

“HAL” is our most aggressively hopped New England Style IPA ever with over 6 lbs. per barrel of which 5 lbs. per barrel are dry hops including Galaxy, Medusa and Lemondrop. HAL is brewed with 29 percent oats and wheat and a yeast strain specially isolated for this style of beer. You’ll find aromas of pink guava, ripe passionfruit, and fresh citrus zest are part of this beer’s unique character. A soft, pillowy mouthfeel enhances the tropical flavor of these hops. Evolve with us as we explore the furthest reaches of this style. 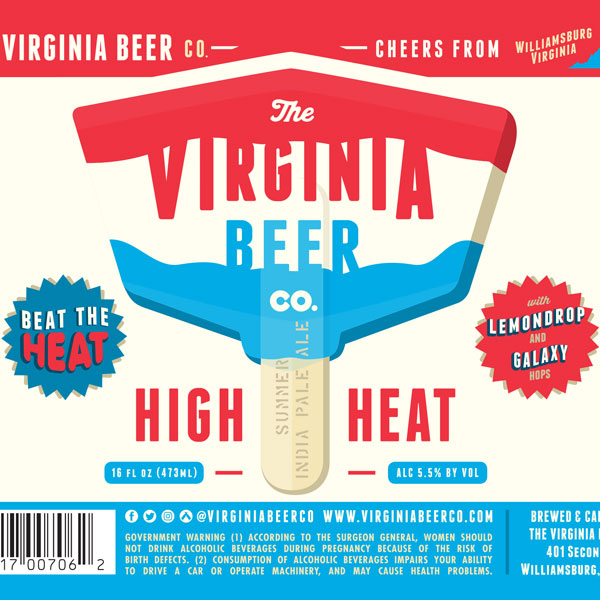 We brewed this beer last summer to help our neighbors at Copper Fox Distillery test out their new high heat malt. The beer was great, but we made a decision to bring it back this year when we realized that we already had the perfect label design! The bomb pop label was originally designed as the first in a series of experimental IPA labels that played off the idea of an ice cream truck menu. We backed off the original idea but this label perfectly fits this beer. 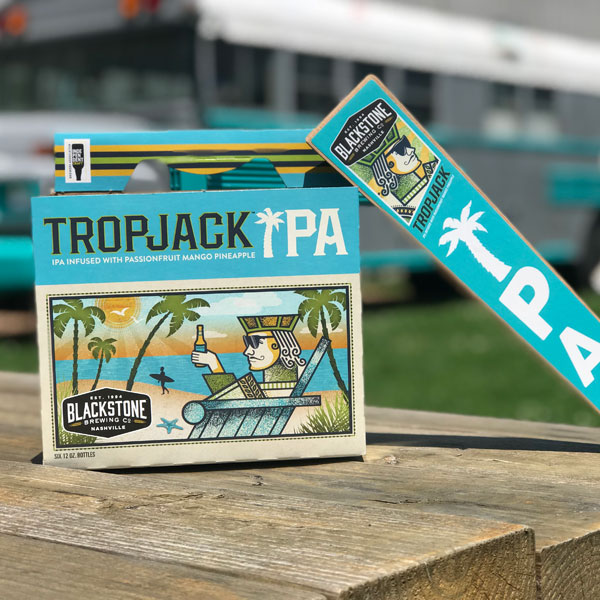 We took our best selling IPA, HopJack, and infused it with passion fruit, mango, and pineapple. The combination of fresh, all-natural juices, and citrusy hops, creates the perfect summer beer. This beer will be released middle of May. TropJack won a silver medal at the Beer Army Beer Wars presented by All About Beer magazine, for the Amoretti Custom Beer category. Blackstone Brewing started in 1994 as a brewpub, brewing award-winning beers such as Chaser Kolsch, Nut Brown Ale, and St. Charles Porter. That makes us the oldest continuous brewery in Nashville! In 2011, we opened up our production facility. We are now brewing around 10,000 barrels a year, serving all across Tennessee.

Persian Lime Milkshake IPA is a beer with robust lime flavor and subtle hints of Madagascar vanilla blend together in a haze of IPA. The beer was developed for the Fleur De Lis Brew Works’ special tropical themed event in February, Beers in Paradise. It was so popular it sold out in two days! For the warmer months, head brewer Jon Paul Partee scaled up the recipe to ensure more enthusiasts can enjoy the beer. Jon Paul says, “Tropical Pain Killer is made with fresh limes, Madagascar vanilla beans, oats and granny smith apples. The lime and apple additions add to the tartness, Madagascar vanilla creates a bit of sweetness and oats round off the beer with the expected dense mouthfeel of a milkshake IPA.”

(LEARN: What is a New England Style IPA Beer) 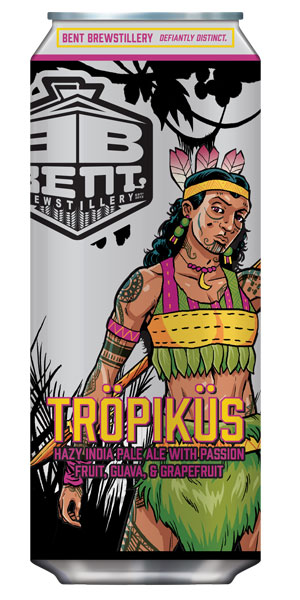