7 Craft Beers as Mouthwatering as Candy

Okay, so we’re all grown up now, and as we age, the holidays become more and more about the children. Christmas. Easter. Thanksgiving. It’s all about teaching them tradition, making them smile and believe in something larger than themselves. It’s about family, and about spending time together.

Thank goodness for Halloween. On the surface, this renegade holiday also seems to be for the kids, but I’ll tell you, costume parties only get better with age, and it’s the only day of the year when kids provide for their parents — those cute little ballerinas and spooky ghosts bringing home a week’s worth of loot. Is there a better tradition than “inspecting” the candy after the kids have gone to bed? You know, for razor blades and stuff.

Seriously, though, one of my favorite parts of Halloween is receiving trick-or-treaters. It’s fun to see all the different costumes come to the door. And each year, we cook up something in a crock pot and hang out, drink some beers, eat some candy. Which got me thinking for this year — what if we drank beers that tasted like candy?

So I put together a list for my friends, beers we could find at the local bottle shop. Some fall under the category of rich and sweet like candy; the type you’d probably have just one of before moving on to something else. The others carry strong, smooth, savory flavor profiles, like chocolate cake, that satisfy the sweet tooth while maintaining drinkability. Depending on your palate, most might fall somewhere in between. 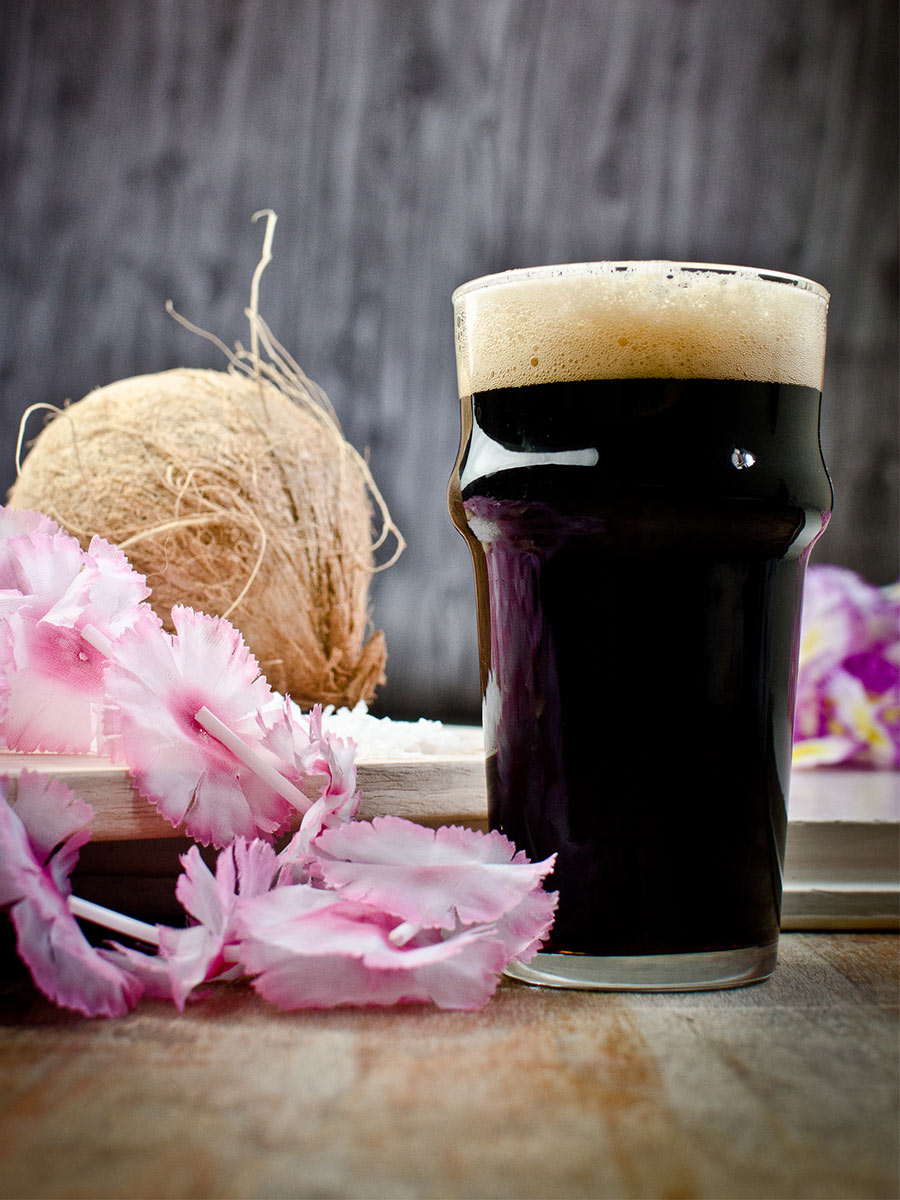 You can channel the sunshine and aloha from Hawai`i on a brisk fall Halloween evening with this one. Maui Brewing Co.’s Coconut Hiwa Porter presents a well-balanced mix of toasted chocolate, coffee and coconut. The latter is not overwhelming or overly sweet — just sweet enough — meaning your taste buds can handle more than one. Pair this baby with a Mounds or Almond Joy.

Sometimes, people who drink Maui’s Coconut Hiwa Porter say they wanted more coconut and less balance. If your sweet tooth is in no mood to mess around, Death By Coconut might be for you. They don’t call it that for nothing. “Take a porter with crème brulee, burnt sugar, and rich caramel profile and blend it with heaps of coconut and chocolate and Death by Coconut is born,” said Oskar Blue’s head of brewing operations Tim Mathews.

The smell of this beer might remind you of chocolate cake batter. While not quite a candy, let’s not split hairs. Brewery Ommegang’s Chocolate Indulgence is so indulgent that even the head of the beer will pour chocolate brown. Expect sweet, milk chocolate flavors on the front end with notes of dark chocolate coming through in the aftertaste.

This is a fun one, because two beers are better than one, as is making your own concoction. Grab bombers of Rogue Ale’s Double Chocolate Stout and Hazelnut Brown Nectar and mix them together. The result will taste similar to a Snickers. It’s best to start with a small tasting glass and play with the ratios before mixing the remainder in a pint glass. Start with half and half and go from there.

Just released this month, Firestone Walker’s Velvet Merlin represents the West Coast on this list. An oatmeal stout with a coating, creamy mouthfeel and flavors of, what else — dark chocolate, cocoa powder and espresso. It is surprisingly drinkable both in balance and ABV (5.5%). As such, it’s a good warm-up before stepping out and taking the kiddos door-to-door.

When a specialty craft beer has been around since 1994 — that’s more than twenty years — you know they are doing something right. Notes of toffee, caramel, chocolate and dark roast coffee are highlighted in this Russian imperial stout from Brooklyn Brewery. It pairs well with anything chocolate, so feel free to try out a few “fun size” bars with it. Take your time — this one is a sipper, both for its flavors and its 10% ABV.

If you’ve had your fill of coconut, chocolate, toffee and other rich sweets, have a Southern Tier Pumking on hand for a change of pace. An autumn seasonal sipper, this imperial pumpkin ale smells like pumpkin pie and whipped cream when you stick your nose in the glass, and it’s got enough of a balance between sweetness (vanilla) and spice (allspice) — not to mention a punch at 8.6% ABV — to go down easy at the end of the night.

There are a lot of great candy/dessert beers out there, but unfortunately, many are seasonal with limited availability. Thus, this list has been compiled with obtainability in mind. Regardless of where you live, you should be able to find at least one of these at your local bottle shop. That said, we encourage you to check out your small and independent local craft breweries, wherever you are, for what they’re offering.

7 Craft Beers as Mouthwatering as Candy was last modified: October 30th, 2017 by Will McGough