Have you ever wondered what a brewer notices when a beer is placed in her hand? Color provides certain expectations for taste, but can also be deceiving. Foam retention and foam texture can provide clues as to how a beer was brewed. But a beer’s most telling attribute is clarity.

As the craft beer industry grows, there is an increased emphasis on quality. Now, beer clarity may seem like an afterthought when considering other much more noticeable beer flaws like off-flavors due to contamination or unbalanced recipes. But to a practiced eye, beer clarity—or lack of clarity, also known as “turbidity”—provides plenty of insights that can be used to evaluate the quality of a beer.

Before you go tossing out every beer that doesn’t appear impeccably crystal-clear, realize that hazy beer isn’t necessarily flawed. Remember, for instance, that the “hefe” in a German-style hefeweizen means yeast, which remains suspended in the beer as a haze of microorganisms—at least temporarily.

I once listened to beer guru Charlie Papazian speak of his travels to Germany. He witnessed bartenders at a beer garden pouring beautifully clear vases of wheat beer, only to add a squirt of captured yeast from a pump. Papazian discovered that patrons expect hefeweizen to be cloudy, even though the yeast will eventually drop out of solution, or “flocculate,” if undisturbed and stored in a cool place. To fans of this yeast-accented beer style, the experience isn’t complete without the cloudy appearance.

While yeast in an unfiltered wheat beer is an appropriate and welcomed form of turbidity, it is the un-welcomed “chill haze” that makes some brewers cringe.

“The phenomenon known as chill haze is a [type of] haze that forms when proteins from the malt form a loose bond with polyphenols from hops,” wrote Stone Brewing Co.’s Mitch Steele when the brewery blogged about some hazy batches of its beer. “This haze compound forms at colder temperatures (hence the name). And normally, when the beer warms back up, the haze disappears. You can observe this after you pour the beer into a glass and watch it clear up as the beer warms.”

Steele and Stone are quick to point out that chill haze does not have a taste, but it is still not something they want to see in their beer. Chill haze disappears as the beer warms, but another type of haze remains permanent and throws a new twist into the discussion of beer’s clarity: hop haze. 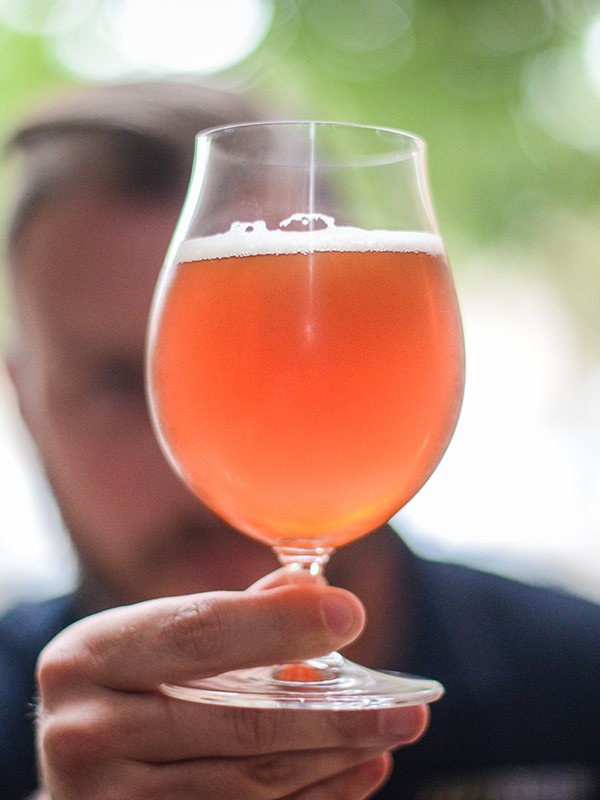 Hop haze is a permanent haze brought on by aggressive dry-hopping. We are in the midst of an unabashed hop-craze. American India pale ales (IPAs) are all the rage, and brewers clamor to get their hands on the latest en vogue hop. However, the addition of more and more hops can have repercussions on clarity — and some brewers, as well as their hop-head fans, are OK with that.

In a discussion of turbidity on the Drop-In Brewing Co. blog, Steve Parkes explained that when heavy hops become a point of pride, some brewers forego methods for reducing hop haze, such as filtration, additives, or centrifuges.

“[T]here are those who feel that delivering an undiluted, overwhelming hop experience is their intent, and who refuse to compromise that experience in return for clarity,” Parkes wrote.

So what’s the big deal? Some beers are supposed to be cloudy, some are cloudy because of ingredients like hops, and some are cloudy for other reasons that don’t even affect taste—at least not immediately.

Parkes points out that “brewers who don’t filter take on the added risk that not filtering beer brings. Such as the risk of souring due to contamination, off flavors from yeast autolysis, and buttery off flavors from dirty draft lines.”

And Mitch Steele notes that haze can have longer-term issues that literally compound the situation from a visual quirk into a far more obvious flaw.

“Eventually, especially if the beer is stored refrigerated (as it should be) the haze particles will not dissolve as the beer warms, and it then becomes known as permanent haze,” Steele wrote. “Permanent haze tends to clump together in the beer and stay there. The scientific technical term for this permanent haze that clumps together is ‘floaties.’” 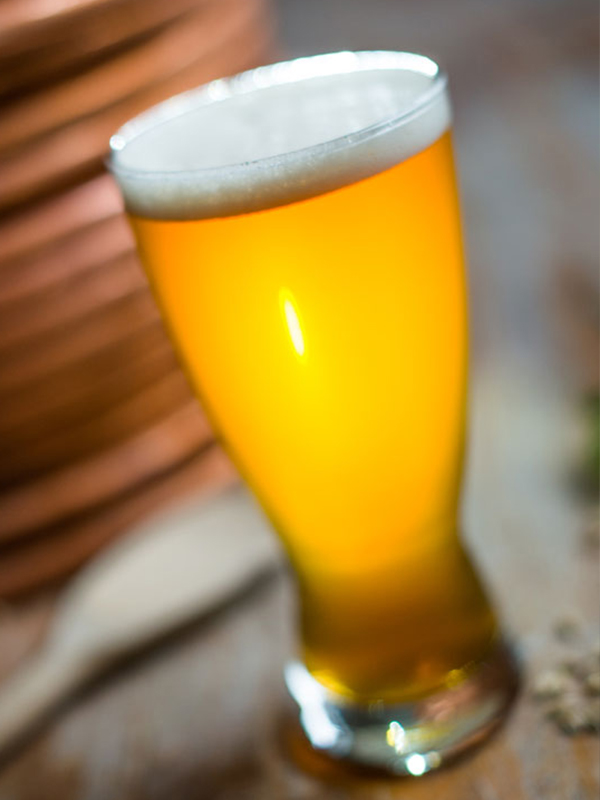 The visual beauty of a beer is the brewer’s best chance to make a good first impression on a potential craft beer drinker. So while certain clarity issues may not immediately affect flavor, it’s still worth giving some thought to the way a beer will look when it’s served. If the beer isn’t brewed carefully, stored properly or served quickly, haze can eventually affect flavor—and that could give someone a negative craft beer experience.

When was the last time you took a moment to really look at your beer? A brilliant color and striking foam cap are great, but one must take clarity into account to get the whole visual picture of what your taste buds and olfactory senses will soon experience.

Ultimately, you are the final judge of how clarity affects your overall perception of a beer. I’ve had exceptional beers that were cloudier than a thunderhead, and crystal-clear beers that I wouldn’t want to order again.

Remember to take clarity and other visual clues as just that: clues, but not the whole truth. Make sure to pay attention to the beer as a complete package. Every beer fan decides for themselves what is acceptable and what is not. Understanding why your beer is cloudy will not only help you evaluate beer better, but to evaluate beer like a brewer.