The Adventures of Todd and Bill: A 20 Year Friendship in Craft Beer

Forty years after his first keg, Vermont writer and homebrewer Bill Mares co-founded House of Fermentology, a microbrewery tucked into a one thousand square foot warehouse. His founding partner was the professional brewer Todd Haire, an acclaimed brewmaster who shared around 20 years of friendship with Mares over their first shared bond – beekeeping.

House of Fermentology, technically a small-batch beer blendery, settled quietly into Burlington, Vermont’s reemerging South End district. This was 2016. South End’s Pine Street, currently the heartbeat of Burlington’s ever-expanding hub of artists and artisans, was still transforming from a symbol of post-industrial abandonment to the vibrant pulse of Vermont’s maker community. The cost to rent space and organically grow an experimental business — one focused on unfiltered, wildly fermented ales aged slowly in oak barrels — was still relatively low.

It helped that in 1984, Mares wrote a book about craft beer and brewing, “Making Beer,” a beer book for industry and homebrewers before craft beer was Craft Beer, currently in its third edition.

“I have never been a professional brewer and never aspired to after I finished the first edition of ‘Making Beer.’ I had other things to write,” Mares said over the phone in February. “I wasn’t a businessman. I didn’t have $300,000 to spare. I’m a happy beer drinker and a hanger-on in the industry, but the only thing I ever did of importance was getting [Vermont legislature] to legalize brewpubs in 1988.”

It was a big thing for the Vermont brewing world. As of 2019, the state leads the nation in the number of breweries and brewpubs per 100,000 people older than age 21 — about 11.5 per capita.

Yet Mares asserted multiple times: he’s a homebrewer. But his friend Haire is another story.

The 20-year friendship between the two includes virtually 60 years of combined brewing experience. While Mares is the quiet craftsman and teacher-writer of the homebrewing world, Haire is the expert technician with a Wonka-esque creativity — a brewer meets businessman meets ardent inventor.

“I co-own House of Fermentology with Todd,” Mares said. “We joke that I’m the marketing director with no marketing budget. Todd has been the brewer and I’m the pretty face. I’m 79.”

Along with co-founding a micro beer blendery with Mares, in 2016 Haire also became brewmaster and co-founder of Foam Brewers, located a mile from House of Fermentology on the mouth of Burlington’s Lake Champlain waterfront.

Foam opened to high acclaim, a cult following, and a burgeoning reputation for some of the most sought after ales in the country. A year after opening, RateBeer, a consumer-driven world website for craft beer enthusiasts, named Foam one of the top 10 new breweries in the world in its annual rankings. By then, Haire was already a fixture in the craft beer world for his 13 years leading production at a pre-beer-boom Magic Hat Brewery, followed by two years at Switchback Brewing Company, both in Vermont. He began to gain recognition as one of the best brewers in the country.

Haire lives by a distinctly Vermont beer code, an ethos exemplified in the last decade of craft beer by other state icons like The Alchemist, Hill Farmstead, and Lawson’s Finest Liquids.

“Have quality inputs,” said Haire. “Make them local. Then drink your local. And drink it fresh.”

Haire’s mentality — that beer is made and sold at the brewery — is less about exclusivity than the unwavering belief that serving a local community is the foundation of a brewery’s business. Haire believes drinking beer is about experiencing a narrative. It’s that a sense of person and place lies under the foam in a pint glass.

During a conversation in 2016, Haire recalled a quote by fellow Vermont brewer Steve Parkes, co-founder of Drop-In Brewery and the American Brewers Guild: “Your local beer shouldn’t travel farther than the distance a horse can carry water,” he paraphrased. It’s an old-school thought, even for a state geographically isolated by mountain ranges. It’s an idea that’s not often conducive to current-day economic requirements, such as scalability, high foot-traffic and escalated costs of production, including rent. Yet Haire uses this idea — to keep everything, from malt to customers, as local as possible — as his guiding principle to brewing. In doing so, he has shown that his beers are not only excellent; they are also profitable.

On a visit to Foam Brewers in 2016, Haire opened a steel fermentation tank holding a wet-hop ale. Steam rising, he gently picked out a full-cone hop from Kirby Hop Farm in Chateauguay, New York. He pulled the bud apart, revealing fat lupulin glands clinging to the center, the small yellow sacs brimming with essential acids and hop oils. In the same beer, Haire used a blended malt base from Andrew Peterson, owner of Peterson Quality Malt in nearby Monkton. The relationship between brewer and malter continued to grow in the following years, helping to prompt Peterson’s 2019 purchase of Nordic Farms: 600 acres in Charlotte, Vermont, dedicated in large part to growing inputs for Vermont beer production. Along with housing myriad other local businesses — including an oyster farmer and a wood-fire bread bakery — the farm also holds Peterson Quality Malt’s new malt house and land for farming rye, wheat and barley for local breweries. In a state where dairy used to be king, Nordic Farms, once intended for cows, is currently the largest purchase dedicated to growing ingredients for area breweries. For the Vermont economy, this essentially means turning lemons into beer.

Sharing a Piece of the Farm Project

In 2020, Foam Brewers and House of Fermentology will both share a piece of that project.

“Nordic Farms was formerly a defunct, 60,000 square-foot dairy barn on 600 acres of farmland,” said Haire in a February phone call. He had just navigated a winter squall to reach Foam’s second production facility in Hinesburg, garnered in 2018 after demand for Foam exceeded the space on Lake Champlain.

By May, the Foam team will also open a restaurant called Deep City, with House of Fermentology sharing the space and the taps.

“House of Fermentology was outgrowing its 1,000 square-foot space on Pine Street,” said Haire. “So Bill and I are folding it into Foam.”

On merging House of Fermentology and Foam, Mares is happy. “It’s great,” he said. “[Todd and I] are keeping the trademark. It’s a style based on small-batch production”— in 2019, about 400 bottles a month —“and it always will be. That Foam will always have a House of Fermentology [beer] in their rotation I call a 100 percent success.”

How House of Fermentology and Foam will continue to grow in tandem will likely reflect how Mares and Haire originally met. Their first bond wasn’t beer. It was bees.

“I have been friends with Bill since 1998,” said Haire. While Haire was working at Magic Hat, taking it from the initial inklings of a craft brewery to a mass-market stronghold, Mares was selling the first edition of “Making Beer” and honing his skills as a part-time beekeeper.

“[Bill] would come into Magic Hat often in those days for the Blind Faith IPA,” said Haire. “And I wanted to know more about keeping bees. I told him, ‘I’ll do the heavy lifting for your beehives if you teach me about beekeeping.’”

Decades later, after a new wave of craft brewing exchanged the Magic Hats of the world for breweries like The Alchemist, Haire suggested that Mares work on an updated edition of “Making Beer.” Since its original publication in the 1980s, the number of craft breweries in the United States mushroomed exponentially, and the definition of craft beer morphed along with it. Mares told Haire he’d do it — if he helped him with the revision.

“I’m no writer,” said Haire. “That’s a brutal job. But he threw me a chapter or two and helped me go through that.”

In tandem with writing the newest edition of “Making Beer,” Mares and Haire began to solidify a passion project: blending and aging beer under the name House of Fermentology at a low-cost warehouse on weekends. At the same time, Haire was in the middle of opening Foam Brewers, and co-ownership came with a perk. Per Vermont law, Haire explained, he couldn’t own and operate two different breweries at once.

“So legally I was [House of Fermentology’s] co-founder and do-er,” he said. “At the end of the day, our goal was to create a funky sour beer brewery using different herbs and inputs from Vermont. Doing it small and doing it well.”

Origin Of The Dots

It’s no coincidence, maybe, that House of Fermentology is famous for its Dot series. “You mark the queen bee with a colored dot to represent a year,” said Haire. The genesis of the Dots is the same as the 20-year friendship: honey bees.

Mares had another story. “We used some of our honey in our beers,” he stated. “But the ingenious method of dots and bees is above my pay grade. [Todd’s] idea to start with dots was more about simplicity.”

This might be true. In a 2018 interview with Hop Culture, Haire had another point of origin for dots: “All great art starts with a single dot,” he was quoted.

A mixed origin story for the acclaimed Dot beers emphasizes that Mares and Haire—and their 20-year friendship in brewing and beekeeping — are inextricably aligned. Mares and Haire see themselves respectively as the writer and the brewer, but the same is also now true in reverse. Mares helped co-own an internationally lauded brewery. Haire helped co-write the third edition of “Making Beer”.

The Adventures of Todd and Bill: A 20 Year Friendship in Craft Beer was last modified: June 18th, 2020 by Julia Clancy 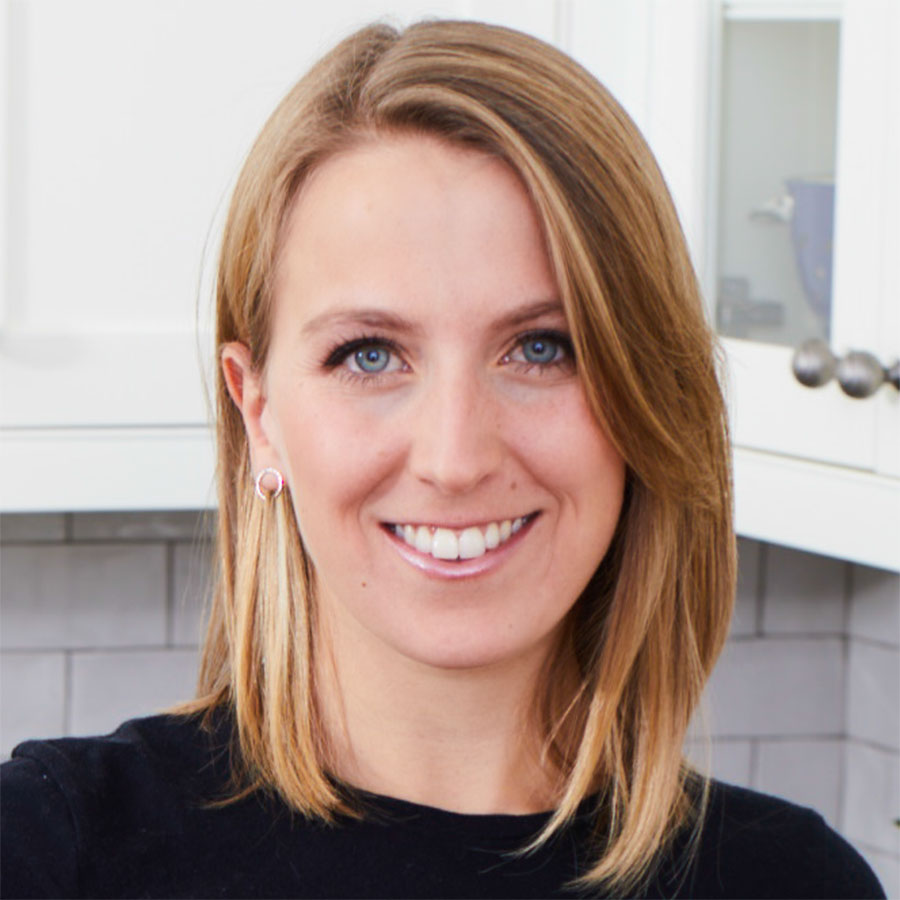 Julia Clancy is a nationally published writer, chef and recipe developer. Beyond working in restaurants, on working farms, and as the lead recipe developer of a national food magazine, Julia also writes about people and place, mostly through the lens of eating and drinking. She currently splits her time between Boston, Los Angeles and her lodestar for beer: Vermont.