Why Are IPAs Still So Popular?

India pale ale dominates the shelves, commands the bar top and monopolize competitions. Ten of the top 20 spots on Beer Advocate’s Top 250 are held by some rendition of the style. It has altered the focus of the entire hop industry. Session IPA sales alone saw a staggering 199 percent growth in 2015. Countless variations use the root style to catch the consumer’s eye and on the first Thursday of August, the style is celebrated as the king of the craft beer universe, during IPA Day.

The American India pale ale is as popular now as it was when I expounded upon one brewer’s list of why the style had become so popular four years ago. And so I say, “Happy IPA Day to you, IPA lover.”

The IPA haters who have found this post have already scrolled to the comment section below to inform everyone that they can’t stand IPAs; they say they don’t understand why this “fad” still has life; they think that those who claim to like IPAs are lying to themselves, and just would like something malty. Right?

The fact is the American version of this European-inspired beer rules today as it has for the last decade plus. It remains the ultimate status symbol in the craft community and no one can escape the “Green Rush,” not even brewers who originally refused to brew the style have “hopped” on board. Even the Brewers Association chief economist Bart Watson tried to answer the question: What is the next IPA? The answer he found: IPA. 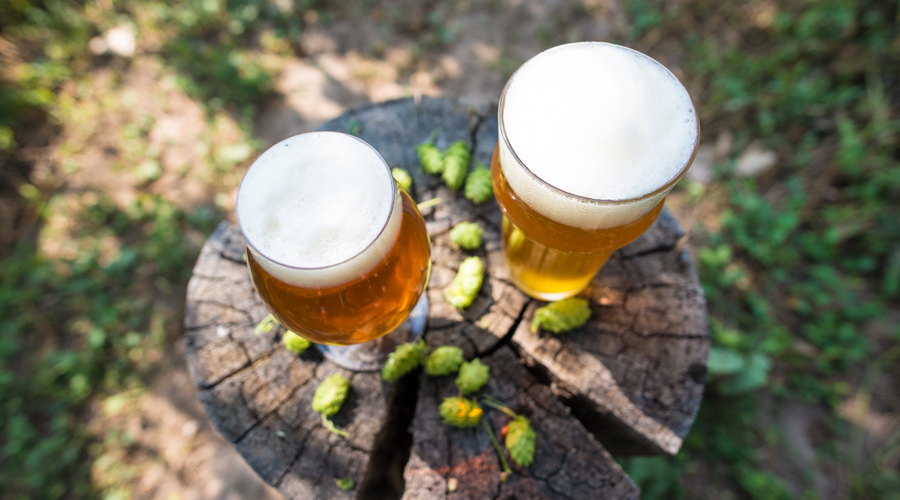 One of the reasons that IPA has gained favor seems obvious. More breweries (the most ever) making them, offering them to consumers and more consumers who came of age with an awareness of flavor that IPAs possess — flavor being one of the previous reasons for IPA’s popularity. Though, it wasn’t long ago that America did not really have flavor: bread was white, coffee was only available in crystals and beer was bland. Over time, the United States has become more aware of flavors and the country’s craft beer is a part of our food identity. New beer drinkers are used to bold flavors.

It seems odd to refer to the King of craft beers like an old sweatshirt. IPAs are bold! They’re mysterious! They may be more prevalent than ever, but IPAs aren’t status quo! While they still may be all of those things to newcomers to craft beer, to the everyday craft beer enthusiast, the IPA is the old standby. It is also a safe pick when you don’t know what to choose.

It’s funny but in the adult school yard known as a tap room, where your choice of beverage might seem scrutinized, a beer geek with a lack of confidence can order an IPA with confidence instead of shielding their voice when ordering a hefeweizen, so the other beer geeks can’t hear. I know that scenario exists.

IPAs Are Advanced, but Not the Most Advanced

You can’t go wrong ordering an IPA in front of your buds. It shows you know about beer. It shows you’ve advanced from fizzy yellow lager. The idea that IPAs represent an advanced knowledge of beer or a refined palate was one point mentioned before, but I’ll list it here again with the caveat: IPAs are popular because they’re advanced — but not the most advanced.

IPA is surrealist art: The artist paints and you see exactly what they want to express.

IPA is not the pinnacle of craft status, the best part about its popularity is that there are still things to experience, to learn, to appreciate about all beer. IPAs represent a range of beers that are very obvious: we are sensitive to bitterness, and we recognize bold citrusy flavors. It’s like studying surrealism. This style of art leaves no doubt about what the artist was trying to paint, but that’s not the only style of art.

IPA is surrealist art: The artist paints and you see exactly what they want to express. Master your understanding of surrealist IPAs and it will help you understand the more abstract styles and appreciate what they have to offer.

The style has had staggering success, but the craft beer world has changed significantly from the last time I considered the style’s success. There are more breweries today than at any time in the history of this country. More people than ever drink craft beer and its crown jewel, the IPA.

While the IPA is vaunted, adored and highly rated, it offers a baseline to study more styles and continue along in your craft beer discovery. All of this adds to the reasons why IPA is still so popular. 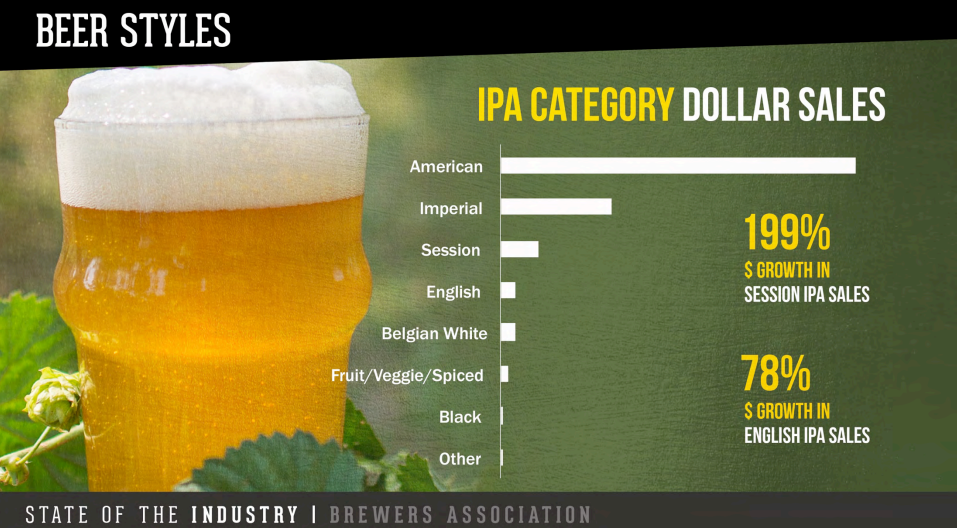 IPA has been King before, then in exile and deduced to a legend. IPA found new life in The New World and seems unstoppable, but history suggests that there will be a time when IPA is no longer in favor. The success of IPA, and the growing number of consumers that enjoy the style, have piqued the interest of the world’s macro brewers, leading them to gobble up more and more craft brewers and using their established brands and loyal fans to use the IPA as a money maker.

Like IPA’s previous empire, the control of large players through colsolidation helped to end IPAs run, and the big brewers have acquired and will use once great examples of the style to gain consumer share of throat. It is unknown if IPA will remain the style it has become without competition keeping the style sharp should Big Beer be successful in regaining domination of America’s taps. Will independent brewers revive the next IPA to fight back, whatever style that will be? Will there be enough brewers to mount a response?

IPA is the most popular style because it is synonymous with the craft beer revolution. Its popularity may be its downfall, as profits and market share make IPA makers obvious targets of assimilation.

If you’re a hop head like me, I encourage you to continue to revel in high times with IPA, but be wary that green tap handle might say IPA. It stands for something far different from what has made IPA so popular, still.

Why Are IPAs Still So Popular? was last modified: December 19th, 2017 by Andy Sparhawk