“[Beer] is proof God loves us and wants us to be happy,” is a commonly misquoted phrase by Benjamin Franklin; he was actually referring to wine. It is easy to believe, however, that even prior to the American colonial times of Mr. Franklin, beer was viewed as a gift from the divine. In fact, in countless regions of the world, ancient civilizations referenced being given the gift of beer or being taught how to make beer from a creator, god or goddess.

Stephen Harrod Buhner writes in his book, “Sacred and Herbal Healing Beers,” that early civilizations in South America describe the gift of a fermented beverage with a striking similarity to the description of ancient civilizations of Scandinavia and Northern European countries, around the same time. Likely, the Norseman and ancient Amazonians were not sharing homebrew tips over Skype in those days, so one can wonder about these coincidences.

Ancient cultures viewed fermented beverages as spiritual gifts; sacred, possessing healing powers, and providing a gateway to communicate with ancient ancestors or gods. The knowhow to make beer may have even sparked the formation of the very earliest of civilizations through the need to grow and harvest fermentables for early beer. Thus, the creation of beer was very important, ritualistic, and carried out with great care.

Reverence to this beloved drink is much different from how many in our culture view today’s beer; however, it is easy to see where our ancestors were coming from when enjoying beer brewed by today’s small and independent craft brewers. Despite our current understanding of the brewing process, a glass of beer still produces the same wonder, mystery, and enjoyment as it did thousands of years ago. Beer can, and I believe, should be celebrated in the same manner; as a gift from the gods [or God], sacred and, for some, even deeply spiritual.

In relatively more recent history, Bavarian monks shared a different connection between the divine and beer. During Lenten times, monks fasted for 40 days in preparation for Easter, drinking only a stronger version of their usual malty lager. The stronger beer, called Dopplebock (or Double Bock) acted as liquid bread while the monks abstained from food; a sacrifice during Lent in recognition of the sacrifice Jesus made for their sins. This type of fast is currently being tested by Jay Wilson—learn more about his story in this CraftBeer.com exclusive: Can Man Live by Beer Alone?

As we approach a time of year where many of today’s major religions recognize some of their most holy of times, it is important to recognize that beer has brought people together since mankind first discovered it. We can reflect on the idea that the power of beer has little to do with how much you consume, rather how it is enjoyed. Beer IS proof that some divine entity loved humankind and wants us all to be happy.

Deities with a Connection to Craft Beer

Hopefully you’re reading this with a pint next to you (don’t spill on your keyboard!), if not, you can always call on one of these beer-divine for a blessing in your near future. These ancient idols were often associated with the ingredients that were used to make ancient beer. Accompanying each description below, you will find a modern-day example of breweries and beers that honor the brewing gods. 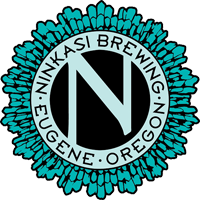 Ninkasi, the Sumerian goddess of intoxicating drinks, is said to brew beer everyday for other gods. The Hymn to Ninkasi was found on an ancient clay tablet in what is now Iraq. It attributes the founding of a town near a sacred lake to Ninkasi (another nod to beer helping to create civilization) and provides instructions for brewing.

Why pick one beer when Ninkasi Brewing Company named their whole brewery after this beer goddess. Have a look at this video, created by the brewery, which is a modern day interpretation of Ninkasi. 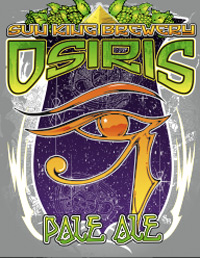 The Egyptian god of the dead was also the god of agriculture, and is said to have given ancient Egyptians the gift of barley. Want to become immortal like Osiris? One of the conditions is to nourish yourself by drinking beer daily—check!

The Indianapolis craft brewer, Sun King Brewing Company pays homage with Osiris Pale Ale, but not with barley. Osiris blends three choice varieties of American hops to create a spicy and citrus hop punch that is sure to satisfy any hop head. Every batch of Osiris is dry-hopped towards the end of fermentation for maximum hop flavor, aroma and character. Maybe after drinking malty beers for so long in the underworld, a god could really use some hops, right? 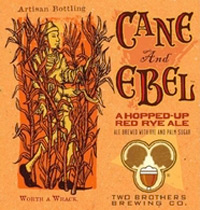 In his book, “Sacred and Herbal Healing Beers,” Stephen Harrod Buhner writes that palm sap beer was used by African tribal elders to connect with and as an offering to ancestors, gods and the Creator, Onyame. The connection was made in an attempt to ask for help from the ancestors on behalf of the tribes. Even today, earnest requests for assistance are negotiated over beer. 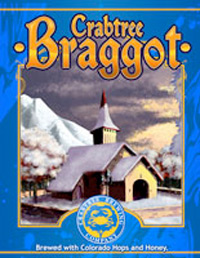 It takes a little bit of effort to extract the sugar in grain that is necessary for making beer. This is not so with honey, which is why fermented honey, or Mead, is said by some to be the first beverage consumed by early humans. When honey is fermented with beer, it is called a Braggot.

Crabtree Brewing Company’s Braggot is a blend of two beers, an Imperial Stout and English Mild with fermented honey. 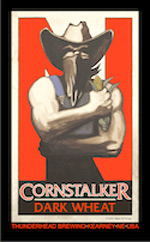 The Native Americans of what is now the Northeastern U.S. believed that corn was brought to them by a crow from the garden of the great god Kautantouwits. They used the corn stalk, not the corn itself, to make beer.