14 Spring Beers Brewers are Excited to Release in 2017

As snow gives way to pollen season, tap handles at your favorite beer bars and breweries give way from winter offerings to new spring beers.

We asked America’s small and independent craft brewers which spring beers they were most excited for you to try in 2017. Their answers range from tropical IPAs to fruit beers to fun twists on lagers.

Here are 14 new releases (or simply new-to-you spring beers) you can watch for this season. 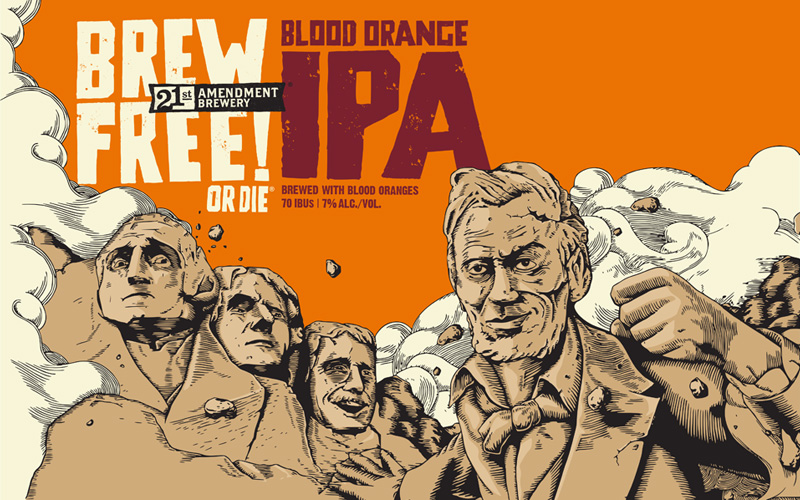 21st Amendment puts a new spin on its popular Brew Free! or Die IPA by adding an abundance of fresh blood orange puree to the recipe. The brewery tells CraftBeer.com the Blood Orange Brew Free or Die is brewed with the same fruit infusion technique as their Hell or High Watermelon. “We’ve been doing fruit right since 21st Amendment started home brewing that Hell or High Watermelon nearly 20 years ago, and are excited to introduce a new year-round offering to the mix,” says Stephanie Medina, the brewery’s communication specialist. 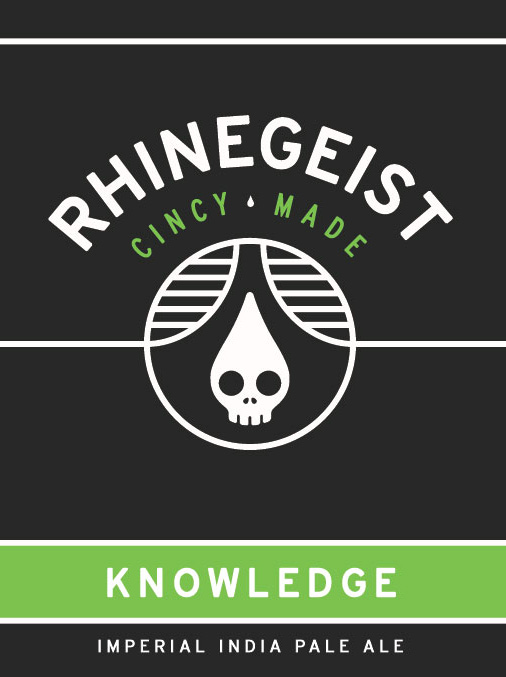 Knowledge is Rhinegeist’s ninth new IPA to come out of its Experimental DIPA Series in the last year. While nine may sound like a lot of beers, Rhinegeist brewers say it keeps their creativity fresh.

“We used these beers to test ideas and implementation of recipes,” says Chris Shields, a brewer and the director of education at Rhinegeist. “We rolled with East Coast and West Coast styles, American and Belgian yeast strains and many combinations of hops and malt bills. Eventually, we fell in love by combining a couple of our Experimental DIPA beers and used Simcoe, Centennial, Chinook, and Columbus hops. While not full of generally unique ingredients, we found a new appreciation for Columbus hops. It had been a variety that we mostly had written off, but we found it brought a fantastic depth to the beer that we couldn’t get even with more trendy varieties.”

The Topsail | Cape May Brewing Co.

The Topsail, a sour blonde ale, is the fourth beer from the New Jersey brewery’s barrel-aged series. The beer was aged nine months in barrels that once held the Keel, a 2016 release from Cape May Brewing. Expect an earthy beer with fruity notes of peaches, mangoes, and apricots developed from the multitude of Brett strains playing off the base beer.

In Fresh as Helles, a new German-style Helles lager, the brewing team at Sam Adams wanted to show off the tangerine and fruity notes that Mandarina hops bring to a beer. They added orange blossoms, which bring a slight bitterness to the sweet honey malt notes, and adds layers of flavor to the beer.

This spring sees the release of Travelin’ Light, a new year-round offering from Left Hand Brewing. You can find this Kölsch style ale, which rings in at an easy 4.8%, available in cans. Spring is a busy release time for Left Hand — keep an eye out for three seasonal releases, including Hard Wired Nitro, a seasonal coffee porter. 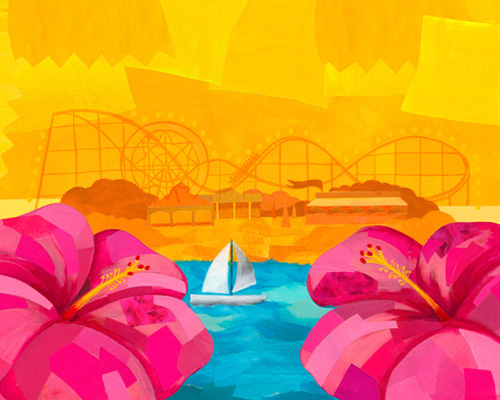 The Cleveland, Ohio, brewery says the Grandes Lagos’s pink color may throw you at first, but assures us that adding hibiscus flowers to this Mexican-style lager gives the beer a festive, tangy twist.

After releasing a slew of beers that averaged 9% ABV in 2015, 3 Sheeps Brewing Company’s brewmaster Pauly Grant said he was looking for an easy-drinking beer. After some experimentation, he landed on Nitraberry, a Blackberry Tart Wheat Ale on nitro that comes in at a nice 3.4% ABV.

“We start in the lab with a secret blend of natural ingredients to add a slight pucker, then we add blackberries,” Grant tells CraftBeer.com. The nitrogen adds a smooth, velvety mouthfeel, which he says has turned Nitraberry into a “shift beer favorite” after a hard day of brewing.

This brown ale from Lovelady Brewing in Henderson, Nevada, is aged on Anaheim, jalapeños and habanero peppers. “It’s a surprisingly mild pepper beer that’s like drinking a liquid pepper with only a hint of heat,” Richard Lovelady, brewer and owner tells CraftBeer.com. He says the name comes from the ancient Inca empire.

“The Incas considered chili peppers to be a holy plant, sacred to Agar-Uchu, also known as Brother Chili, who was one of the Four Brothers of the Incan Creation myth and brother to the first Incan king,” Loveland explains. 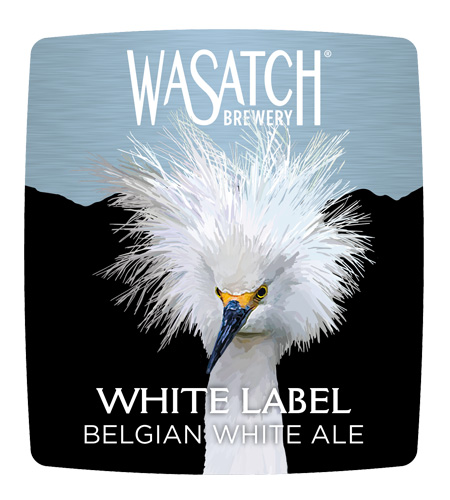 This beer is proof that grassroots campaigns do work. Wasatch Brewery is bringing back White Label, a Belgian-style Wit, full of orange zest and coriander goodness. White Label was discontinued years ago, but the brewery says public demand has been so high, they decided to revive the crowd pleaser.

“We are very proud and excited to brew this beer that represents local Ohio agriculture and craft (brewing and malting),” head brewer Chris Davison tells CraftBeer.com. “It also represents a more responsible form of farming. In Ohio, the number one crop is corn, which requires lots of water and fertilizer, which in turn runs off into Lake Erie causing algae blooms and affecting native wildlife. Barley, on the other hand, is a winter crop which helps protect the soil and limits soil nitrates from entering the water cycle — or prevents it entirely for farmers switching from corn to all barley or soy.”

Pineapple Princess, part of the brewery’s “Hit It and Quit It” series of one-off beers that, once they’re gone, they’re gone. But this pineapple spin on River Rat’s Metal Man Pale Ale was such a hit in the Columbia, South Carolina, taproom, the brewery is reviving it. 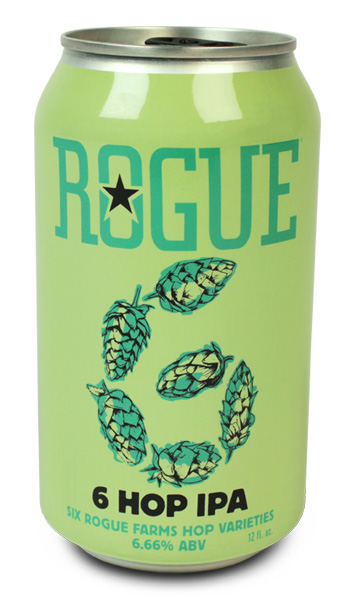 While 6 Hop IPA isn’t a new recipe, Rogue will be canning this year’s release — and for good reason. The IPA is made with six types of hops grown at Rogue Farms in the Willamette Valley. The brewery wants this farm-grown beer to be enjoyed outdoors in Mother Nature, and offering it in cans is the natural way to do it.

(MORE: What Is Craft Beer?)

Inspiring Ale, a Belgian-style Wit, isn’t a new beer from War Horse, but this year it celebrates a new chapter for an organization the brewery is proud to support: the National Women’s Hall of Fame in Seneca Falls, New York.

“Women have traditionally been the beer brewers of history, so we went with a particularly classic style: Belgian Wit,” explains War Horse manager Jon Mansfield. A portion of the sale of every pint, growler and can sold goes directly to the National Women’s Hall of Fame as they move into their new home in Seneca Falls.

14 Spring Beers Brewers are Excited to Release in 2017 was last modified: February 26th, 2018 by Jess Baker