I get a kick out of messing with unsuspecting folk at trade shows and beer festivals. When they ask me for a taste of my lightest beer, I always pour them my stout. And when they look at me like I’m crazy, I laugh and explain that, although dark in color, the stout is lowest in alcohol, lowest in calories and lightest in body. Often times, this gets them to at least taste it. And more often than not, I watch people have an epiphany: “I usually don’t like dark beer, but this one is good.”

Oh poor dark beer, always being judged by the color of its malt. Unfortunately, most people have the misconception that the color of beer is directly related to its weight. In the mind of most consumers, dark beers are rich, heavy and full of calories. And conversely, they think that the paler in color a beer is, the lighter it is in body, alcohol and calories. Although both are not entirely wrong assumptions, I have made it my mission to debunk the myths surrounding dark beers.

(READ: These 7 Dark Lagers are Easy on the Palate)

The color of beer is directly related to its malt content. The fermentable sugar in the majority of craft beer comes from malted barley that has been germinated and kilned. Additional color and malt flavor come from the roasting process. Let’s break it down:

The Malt Spectrum of Colors and Flavors

Most craft beers, with wheat beers being the exception, are made up of 75-100 percent base malts, the palest malts on the spectrum. Speciality malts make up the next largest amount at 5-15 percent and black and dark malts typically only make up 1-5 percent of the overall recipe — which means it only takes a small percentage of dark malt to create a darker colored beer. Think of it in terms of food dye; although food dye does not dilute or make up a noticeable percentage of a cupcake recipe, a few small drops go a long way.

Don’t let color deceive you. There are plenty of full-bodied pale beers with high sugar content, just as there are light-bodied dark beers with lower sugar content. The answer is in the ABV (alcohol by volume).

Although lab tests could give you more accurate results, all you really need to know is that sugar content and calories in beer directly correlates to its alcohol content. It takes more sugar, in this case maltose, to make more alcohol. Therefore, in the most basic of conclusions possible, the higher the alcohol a beer has, the more maltose used, and the more calories in the end product. (Like I said, this is just basic science).

An Ounces to Ounces Comparison

To drive the point home, let’s look at a few examples. Victory Brewing Co.’s Golden Monkey, although extremely pale in color and highly carbonated, is a Belgian-style tripel with a whopping 9.5 percent ABV. Estimated guess: 12-oz. of this beer = over 300 calories.

On the other hand, take Samuel Adams’ Black Lager, a light-bodied beer with a mere 4.9 percent ABV. Estimated guess: 12-oz. of this beer = under 200 calories. In comparison, a 6-oz. glass of generic red wine contains about 150 calories (ounces to ounces that’s 300 calories).

In addition to knowing alcohol’s relation to calories, understanding styles can be beneficial to those seeking lighter-style dark beers. The “lightest of the darkest” styles are black lagers (or schwarzbiers), porters and dry stouts. 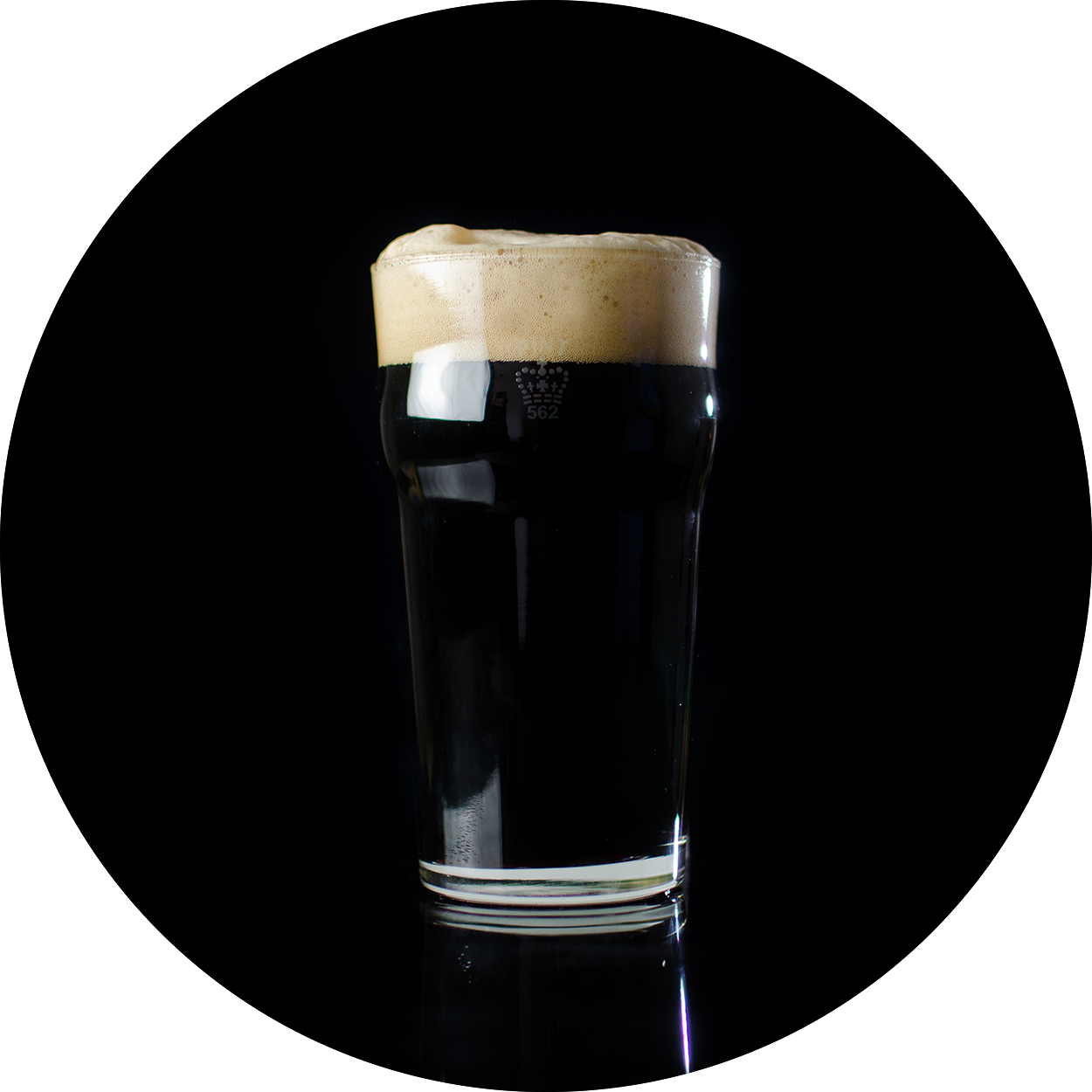 Black Lagers range from 4.2-6 percent ABV. They are smooth, moderately crisp, light in body, and highly carbonated with little to no malt aroma or roasted flavors. Excellent examples: 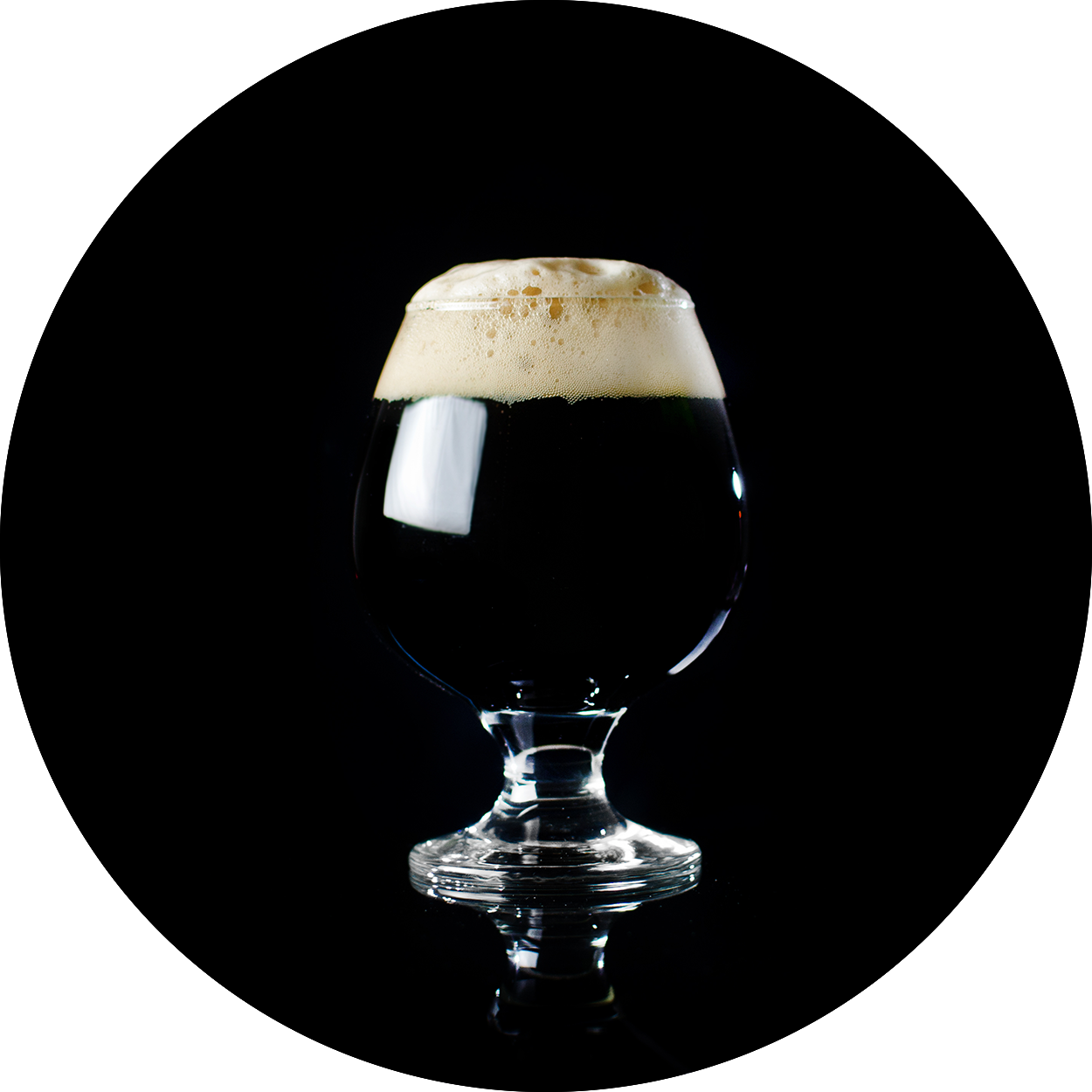 Primarily differentiated by the use of roasted barley and/or roasted malt, porters and stouts share a lot, from history to flavor. Both range from about 4-5 percent ABV (5.5 percent for porters). Both are moderate in body and carbonation, with mild coffee, chocolate, toffee and roasted malt aromas and flavors. Great examples include:

When introducing people to the darker side of light beers, I typically ask them two questions: Do you like chocolate? Do you like coffee? If so, they are a perfect candidate for any of the aforementioned beers.

The next time someone asks you to recommend a decent light beer that won’t sabotage their waistline, try taking them to the dark side of light. You may become their greatest beer hero.