More than 15 inches of rain have fallen in Colorado since Monday, Sept. 9, causing one of the worst floods in the state’s history. Emergency management reports that the flooding is said to have impacted 15 counties in Colorado, damaging over 17,000 homes and calling for the evacuation of more than 11,000 residents.

In true craft beer spirit, we’re already seeing breweries along Colorado’s Front Range, some of which are damaged themselves, jump into action. New relief efforts and funds are being announced daily, and here are a few that we know about at this point. We will be adding to this list as we can, and we encourage you to let the community know about other relief efforts (brewery related or not) in a comment below.

Our thoughts are with everyone affected by the flooding, especially those still looking for loved ones.

The Great Rumpkin Raffle Benefitting Foothills Flood Relief Fund will be taking place on Sunday, Sept. 22 at Avery Brewing Company. Each $10 raffle ticket is good for a complimentary pint, and the raffle will include one case Rumpkin, two pairs of tickets to Boulder IPA Fest, Eight six-packs of Rumpkin and Avery gear! 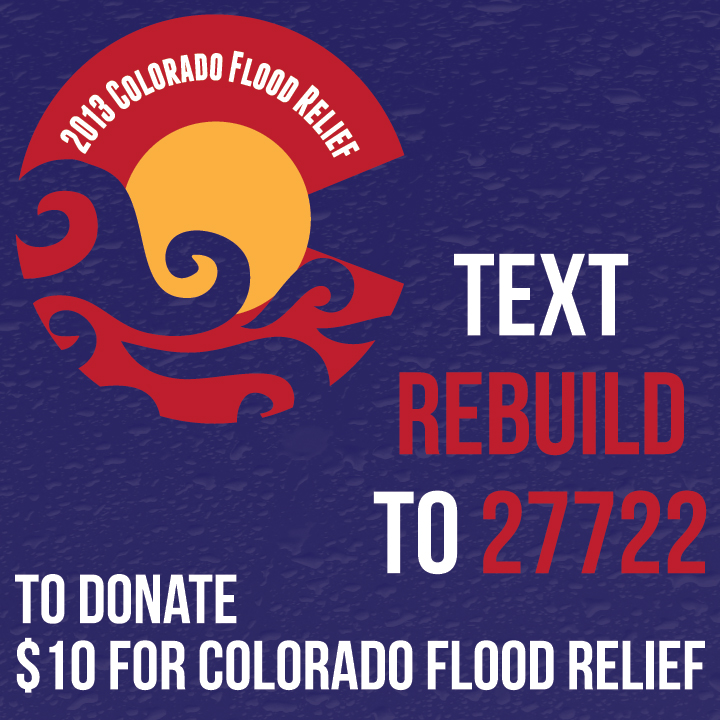 All proceeds from Longmont Oktoberfest (September 20-21) will be split evenly between Longmont Meals on Wheels, HOPE for Longmont, and the Left Hand Brewing Foundation. Every beer sold, donation made, or participation in the text-to-donate campaign will support those affected by the disaster. Learn more about all donation efforts and how to participate on the Left Hand Blog.

To help with relief efforts, $1 from every pint sold at Odd13 Brewing on September 15-16 was donated to the United Way Foothills Flood Relief Fund.

Oskar Blues has set up a GiveForward relief fund for the family and friends of Oskar Blues affected by the destructive flooding along the Front Range of Colorado. In addition, the kitchen at Oskar Blues’ Home Made Liquids & Solids has been turned into a commissary to make food for shelters in the surrounding areas. Learn more about relief efforts and how you can help on the Oskar Blues GiveForward page.

Star Bar Denver will be hosting a Colorado Flood Relief Fundraiser on Thursday, Sept. 19, at 5 p.m. All proceeds of Colorado beer and spirits will be donated to local flood relief efforts.

Upslope’s much anticipated Pumpkin Ale Release Party will now also be the start to their week-long campaign to raise money for those affected by the flood. Starting Thursday, Sept. 19, Upslope will be donating $1 from every pint sold for the next week to local flood relief efforts.

Celebrating their one-year anniversary this weekend, the brewery will be donating $2 of every West Flanders beer sold to Colorado flood relief from Saturday, Sept. 20 through Monday, Sept. 23. The brewery will also be debuting a black IPA and a completely new menu.