The folks at Dogfish Head are known for tossing unique ingredients into the boil, but their most precious ingredient is something all breweries use: water.

While access to hops and taming unruly yeast are commonly known to give brewers a difficult time, Dogfish Head points out that without water, there would be no beer.

Mark Carter, Dogfish Head’s Beer & Benevolence guru says, “Like a lot of other small, independent businesses, craft brewers take stewardship and sustainability very seriously. Brewing is so water-intensive that it makes sense for us to focus a lot of our effort on water.”

For starters, we don’t just let our wastewater go down the drain. It’s all recaptured and sent to local farms. At the farms, the water is used in spray irrigation, where it soaks into the soil and recharges groundwater. 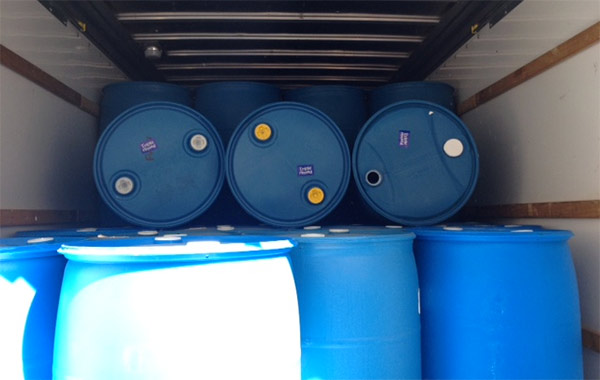 Instead of trashing the dozens and dozens of giant plastic ingredient barrels we go through, we donate them to organizations like the Center for the Inland Bays and the Delaware Department of Natural Resources to make rain barrels. A house that sees an inch of rain in 24 hours can produce more than 700 gallons of runoff, and rain barrels help collect and store that water. It can be used to water lawns, wash cars and clean gardening tools. Meanwhile, water bills are lowered and streams and rivers are protected from litter, fertilizer, pet waste and motor oil.

On April 12, about two dozen Dogfish co-workers and their friends partnered with the Delaware chapter of The Nature Conservancy to plant 500 shortleaf pine trees at the nearby Ponders Tract. The Ponders tract was once used by a lumber company for loblolly pine timber production. Now, The Nature Conservancy is transforming the loblolly plantation into a native coastal forest of oak, hickory, tulip poplar, sassafras, red maple and other hardwoods. The native trees dramatically cut stormwater runoff, prevent evaporation, encourage soil stabilization and help clean water before it makes it to local streams and rivers.

We all love drinking delicious craft beer, so it’s also our responsibility to take care of this precious resource. Check out more on Dogfish Head’s dedication to making the most of their water (and therefore beer) on the Dogfish blog: Blogfish.

Dogfish Head: Beer and Benevolence was last modified: May 14th, 2014 by Tiffany Lutke