According to Brewers Association member brewery data, keg loss costs every brewer between $0.46 and $1.37 per-barrel of annual keg production. This varies depending on the size of the brewery, percent of beer produced that is sold in kegs and other factors.

Assuming 2011 craft beer sales of 11.5 million barrels, lost kegs account for a direct capital cost of $5.3 million and $15.8 million annually. The indirect costs of product outages at wholesale and at retail caused by a shortened keg float are likely far higher. 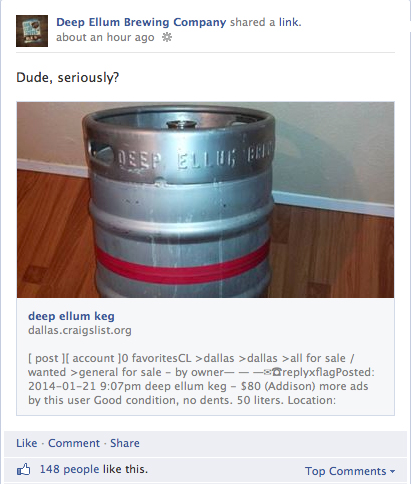 Use KegReturn.com to help you contact a brewery whose keg you currently hold, or to let them know about the location of their strays. KegReturn.com was created as a tool to help all beer industry stakeholders do the right thing.