Cheers to the Sweet Land of Li-beer-ty

“American Craft Beer Week has provided independent beer fans across the country a chance to support their local breweries since 2006,” said Julia Herz, publisher of CraftBeer.com and craft beer program director at the Brewers Association. “With celebrations happening in all 50 states, this is truly an annual national event that recognizes all those involved in making craft beer from small breweries in the U.S. such a success.”

In the spirit of celebration this year, CraftBeer.com created an interactive graphic with fun facts to commemorate each state and their commitment to craft brewing. 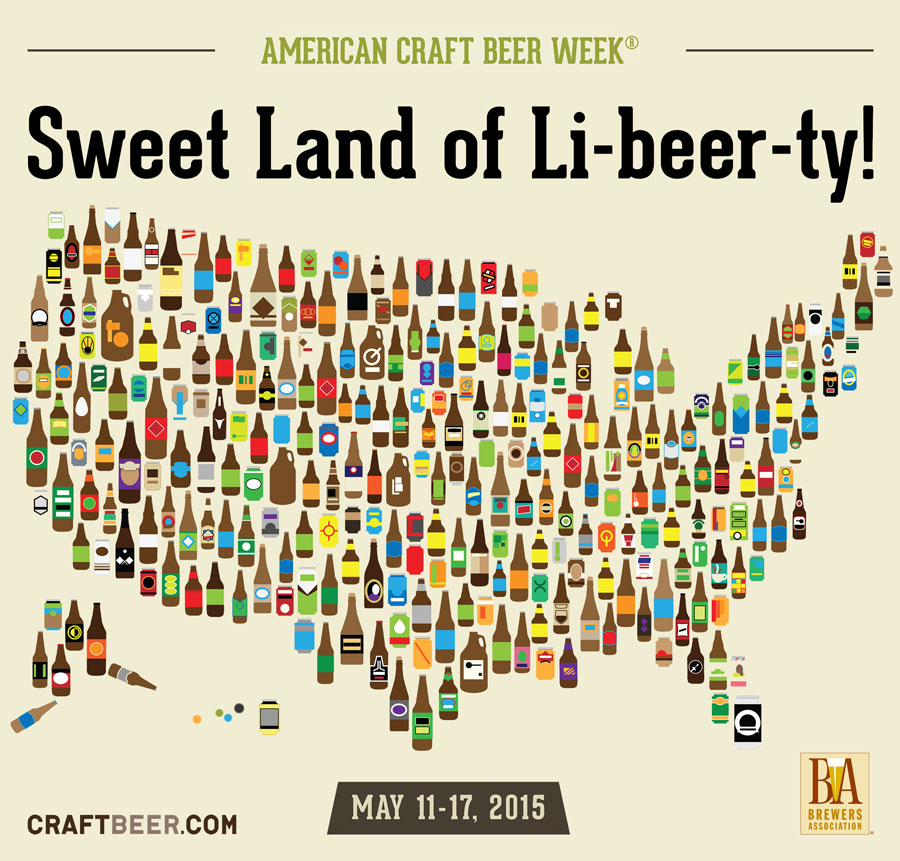 Download the high resolution version of the featured graphic

Untappd, the mobile-based social network that connects breweries with craft beer lovers, is once again offering an American Craft Beer Week badge for users who check in during ACBW events.

To find a local celebration, event or promotion, visit CraftBeer.com/ACBW. A selection of scheduled 2015 celebrations includes:

About the Brewers Association The Brewers Association is the not-for-profit trade association dedicated to small and independent American brewers, their beers and the community of brewing enthusiasts. The Brewers Association (BA) represents more than 70 percent of the brewing industry, and its members make more than 99 percent of the beer brewed in the U.S. The BA organizes events including the World Beer Cup®, Great American Beer Festival®, Craft Brewers Conference & BrewExpo America®, SAVOR℠: An American Craft Beer & Food Experience, AHA National Homebrewers Conference, National Homebrew Competition and American Craft Beer Week®. The BA publishes The New Brewer magazine and its Brewers Publications division is the largest publisher of contemporary and relevant brewing literature for today’s craft brewers and homebrewers.

Cheers to the Sweet Land of Li-beer-ty was last modified: April 28th, 2016 by CraftBeer.com