The winters in New England seem to last forever, with the first flakes likely to fall somewhere around Halloween. The days get shorter and colder, and the entirety of the sun’s showing for a day takes place in between commutes. By mid-March, we still understand that any type of weather can (and typically does) happen. As the snow persists and turns to prolonged springtime rain, New Englanders can only daydream of sunshine and seafood.

Seasonal seafood shacks in New England are a time-honored tradition. When they open (alongside their cousin, the ice cream shack), usually around Mother’s Day, they announce the arrival of the simple pleasure of summer. The last of the persistent snow is far behind. The mud of spring has dried up. These tiny shacks dot the coastal New England landscape from Rhode Island to Maine. With our view of craggy coastlines and seagulls plummeting seaward, it’s seafood season.

My wife is a middle school teacher, so come summer her calendar is cleared. We fill those happily-emptied voids with day trips to keep our bellies filled with clam bellies. We ride the coastline with the ocean to our right finding seafood shacks that specialize in anything from (lobster) rolls to (onion) rings, from fresh corn to fried anything.

Because these places are often seasonal — meaning they operate only during certain months of the year — liquor licenses can be more of a nuisance than a necessity. The way around this is to have a business that allows customers to bring their own beer.

And with the advent of craft beer going more mainstream, the coolers we bring to those salt-soaked picnic tables are filled with more beer options than ever before. It’s about finding the right beers to pair with the freshest seafood we can find. 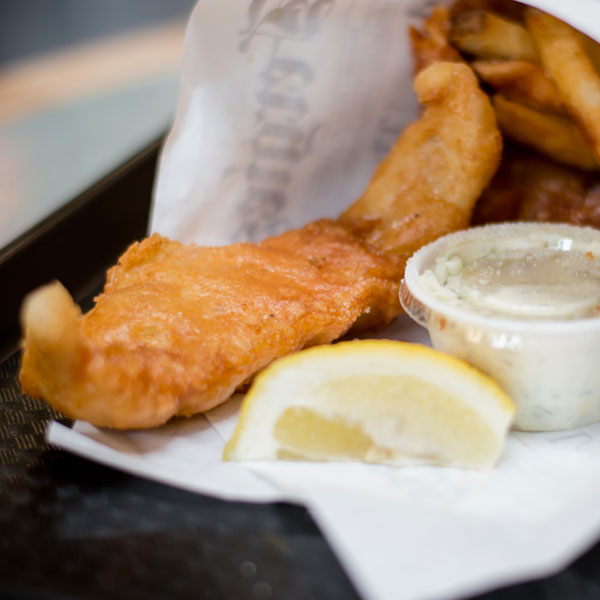 Nothing pays homage to New England’s English roots than the traditional fish and chips. It’s a classic dish that’s easy to find, but harder to master. We prefer it in chunks — rather than an entire breaded filet — served wrapped in a newspaper with thick-cut fries and a side of malt vinegar. Just leave the bottle. For a beer, keep it old school with a nice light porter or stout, or an English-style bitter.

(READ: Breweries Worth a Detour)

We’re not talking strips here. We’re talking those full-bellied, sweet and briny mollusk that are deep fried, providing that crunchy contrast beloved by all. You’re going to want something to cut through the crunch and the grease of those fried clams. As you’re in New England, grab a New England IPA (we swear they’re not that hard to find here). Fresh seafood with fresh IPA is the best pairing there is.

Being a little biased here, my favorite lobster roll comes from the Clam Shack in Kennebunk, Maine. When I’m sitting at those picnic tables, enjoying a lobster roll with both mayo and warm butter, the only beer I want to drink is Allagash White. The lobster in itself is decadent and sweet. I want a beer with a little spice and not too filling. Allagash’s flagship is perfect. 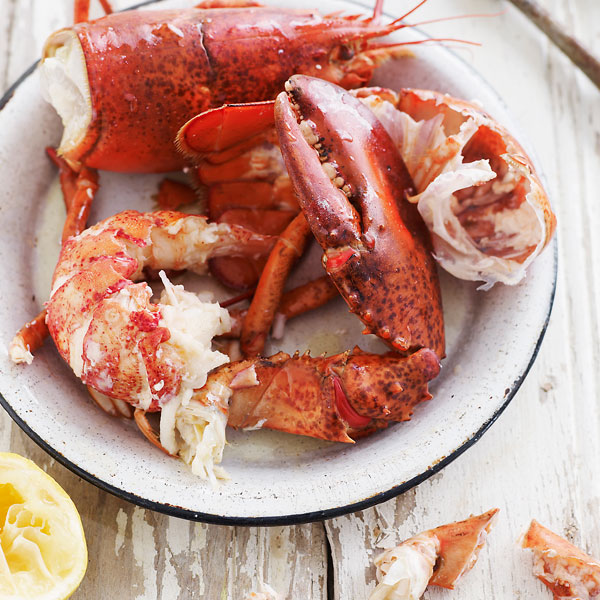 Sometimes a lobster roll just won’t cut it. That’s when the traditional lobster dinner comes into play. A pound and a quarter lobster is enough. Pro-tip: Please, don’t go bigger than that. Ask any lobster expert and they’ll tell you that’s when the meat is at its best. Telling me you got a four-pound lobster is admitting you’re a sucker who got duped into spending more than you should have.

In the summer, scallops are aplenty in New England and they can be fried or part of a high-end pasta dish with olive oil and herbs. In either case, I love pairing scallops with something on the lighter spectrum, whether it’s wine or beer, but also something with a bunch of nuance and flavor to stand out on its own.

Mussels is another quintessential summer time dish because of its presentation. They’re meant to be enjoyed with a bib, truly. Served in a large bowl opposite another large bowl (for discarding the shells), mussels are enjoyed best over a broth made of white wine and shallots is a meal where you can really get your hands dirty. Mop that broth up with a grilled baguette and wash them both down with something truly quaffable. 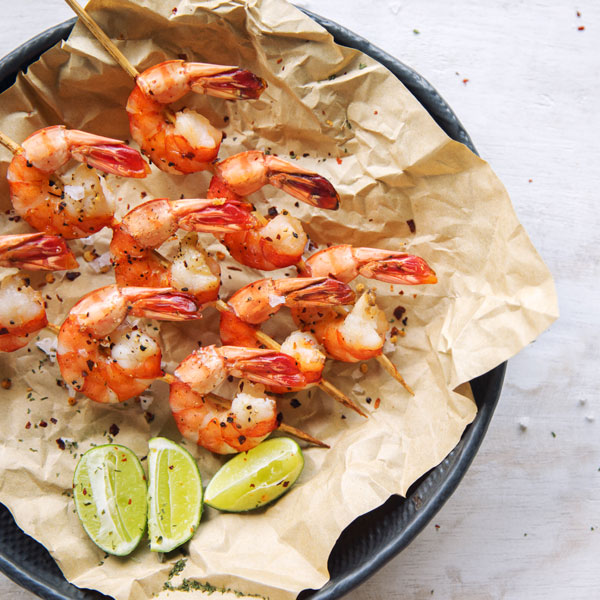 Shrimp continues to be one of the most popular seafood dishes because of its versatility. It can be part of salads or pasta; It can be cold or warm. In the summertime in New England, it is a staple of both traditional New England seafood boils and the crowded, greasy fried seafood plates. Because it’s so easy to eat many of these critters, it’s best to grab an easy-drinking pilsner so as not to fill yourself up.

We’re going to separate steamed clams (or “steamers”) from oysters and other clams because these are soft-shelled delicacies that are steamed and served alongside broth and butter. They’re a decadent, regional treat meant to be messy and devoured en masse. As such, our gluttony shall be indulged by accompanying a plate of steamers with something big like a double IPA.

No, onion rings are not seafood, but they’re a mainstay on the menu of any roadside seafood shack worth its salt. The best onion rings are of the crispy variety, with batter falling off in flakes to expose bubbled up yellow onions. They’re salty and glorious and should be paired with another style of farmhouse ale, this time the ones that aren’t so tart, but add a little spice and/or hop notes.

Nothing says summer like a plate of oysters on the half shell, hand-shucked in front of the table. Whether you’re inclined to slurp them as is or with horseradish or a mignonette, there’s a beer to go with it. For our money, the Damariscotta River ones in Maine are legendary. Pair them with any balance, nuanced farmhouse ale.

Like anything, the summer season is fleeting, but as long as there is a cooler packed with cold beer, it’s easy to hold onto the sunshine for as long as possible. While a New England seafood shack tour doesn’t necessitate New England beers, it helps. Grab some friends and crack open a lobster tail and a tall boy at the same time.

Matt Osgood is a writer based out of New England, where he lives with his wife, two children, and dog. His work has appeared in The Atlantic, Smithsonian, Vice, and many more. All he wants in life is to drink solely farmhouse ales and eat only lobster. His musings on beer, booze, sports, and parenting.