9 Beers to Match Your Personal Phobias

Spiders. Snakes. Creepy clowns. Most of us know what it’s like to have an irrational fear, whether it’s acrophobia (fear of heights), mysophobia (fear of germs), or hippopotomonstrosesquipedaliophobia (fear of long words). Luckily, as with most things in life, phobias are easier to handle when you’ve had a beer — unless that beer’s name and label art happen to play on your deepest, darkest fear, in which case, you’re out of luck. But at least you have a beer!

Whether it’s Halloween or Friday the 13th, sometimes, it’s fun to scare ourselves silly for no good reason. See if your personal phobia is on the list below, and track down the beer we recommend with it.

Arachnophobia: Fear of spiders | Eye Be Use Imperial IPA 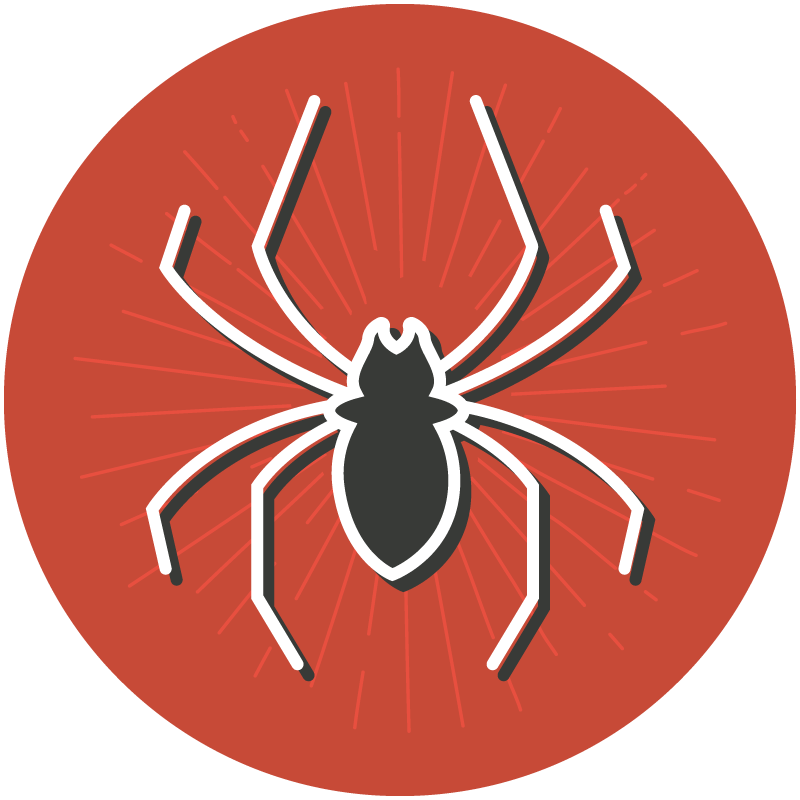 A fear of spiders seems to be wired into the human psyche. While not everyone has a paralyzing fear of them, it’s tough not to get the heebie-jeebies at the thought of one of these eight-legged creeps crawling on you.

If you don’t have enough spider-related terror in your life, Spider Bite Beer‘s Eye Be Use Imperial IPA can help. Spider Bite got its name after co-founder Larry Goldstein walked through a spider web while trying to think up what to call his new brewery. He hates spiders, and the thrashing around he did after his mishap made his business partner laugh so much they decided to go with Spider Bite.

Eye Be Use plays cleverly on the measurement used to determine how much hop bitterness is in a beer, and while the beer is big at 9.6% ABV, it’s balanced enough that it’s nothing to be afraid of. One look at those gigantic arachnid eyes staring from the front of this bottle is enough to give most folks the willies. If you see a spider as big as the one on the bottle though, run the other way. 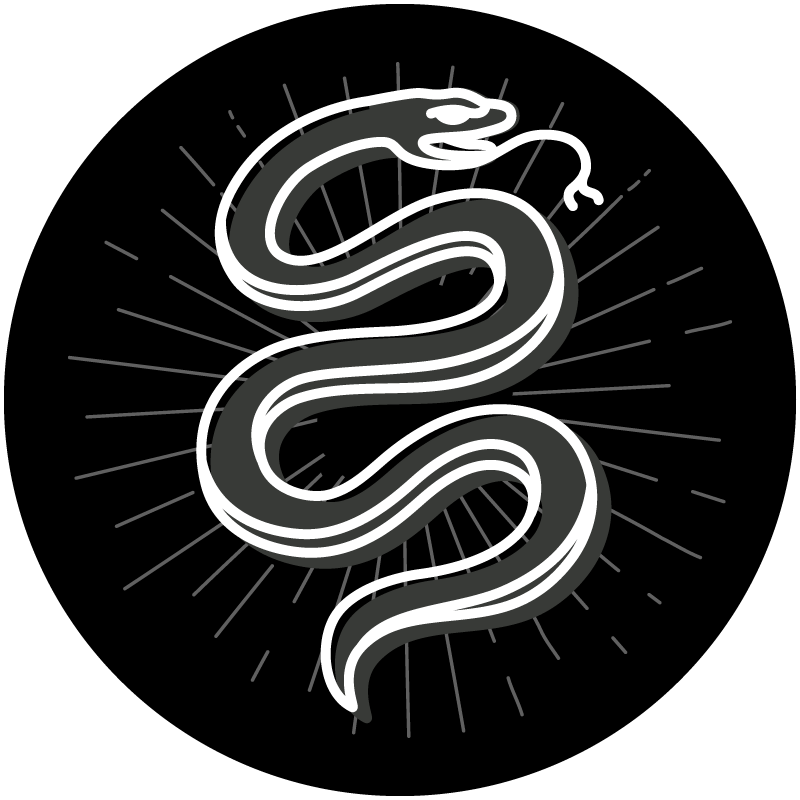 According to the book of Genesis, people have good reason to be scared of snakes: the devil himself took on snake form and got humanity kicked out of paradise. Of course, ophidiophobes don’t need any help from the Bible to be scared of these legless reptiles–one look at their lidless eyes and flicking tongues is enough.

The folks at Potosi Brewing in Potosi, Wisconsin, know a thing or two about snakes. The area was once known as Snake Hollow because of the prevalence of rattlesnakes in the area, so Potosi decided to name their flagship IPA after the old nickname. At 6.5% ABV and a clean 65 IBUs of classic American hoppy goodness, a snake bite never sounded so good. 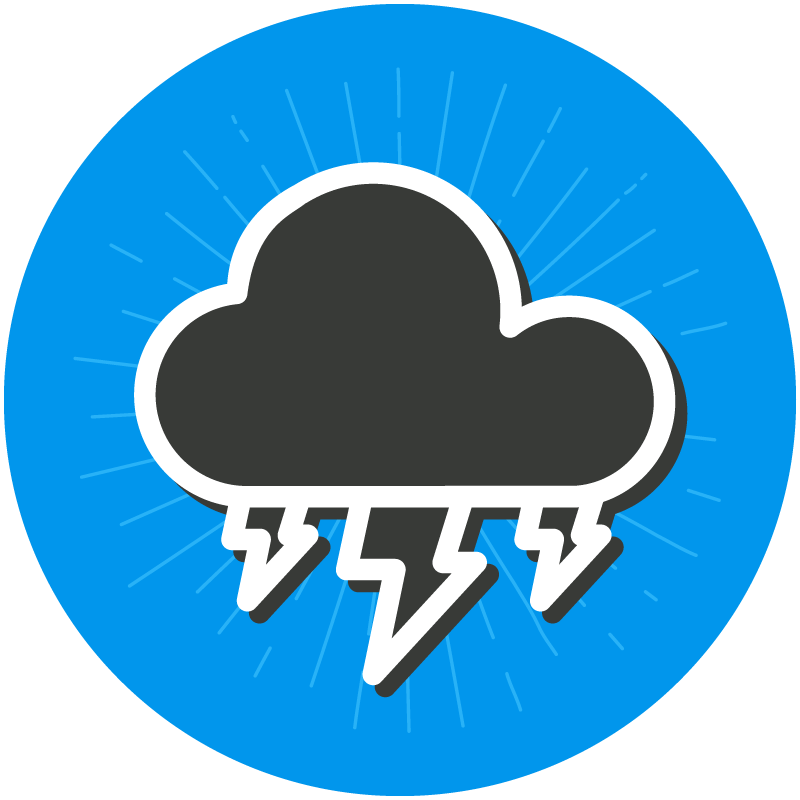 We can all get a little nervous when dark clouds pile up outside and the lightning and thunder crack so close it sounds like the sky is splitting in half, but for some folks, the fear runs much deeper.

The mother of Eudora Brewing‘s owner and head brewer Neil Chabut narrowly avoided being swept away by a tornado when she was young, and she’s been terrified of storms ever since. The first time Chabut (pronounced shub-YOO) brewed this 7% ABV oatmeal stout, he was homebrewing in his garage as a storm broke loose outside. He decided to name the brew in honor of the appropriately dark weather, and kept the name when he opened Eudora Brewing in Kettering, Ohio, in 2013.

“Thunderball is unique because it’s fairly roasty and sharp, but smooth and silky at the same time,” says Chabut. Sounds like the perfect comfort drink for when you’re huddling under a fort made of couch cushions until the storm passes. 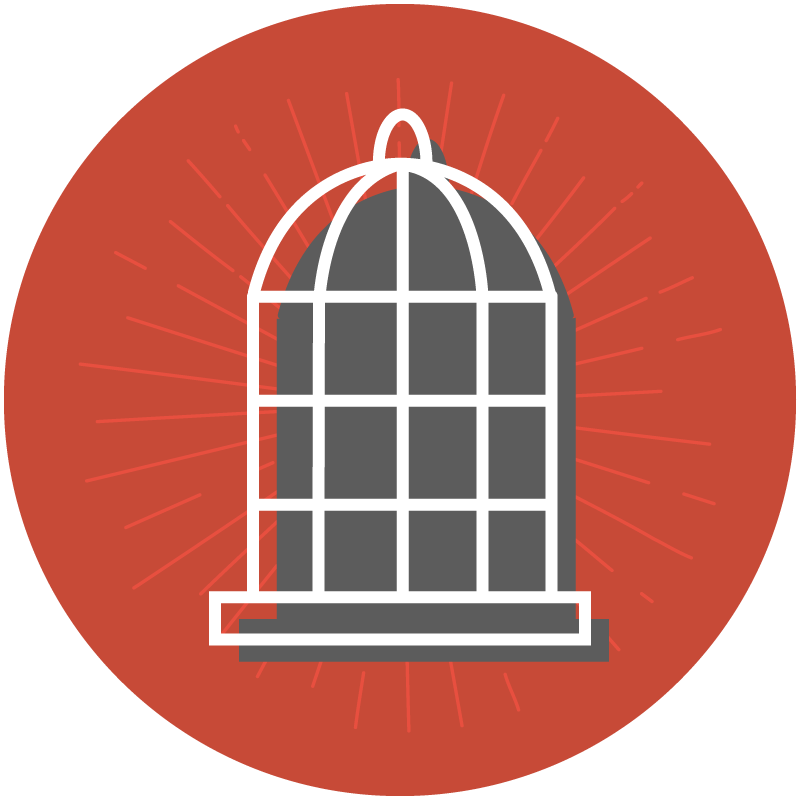 There’s something about tight spaces that fills some of us with anxiety. Whether the close confines make you think of the grave, or you just feel trapped, close-quarters are a nightmare — which would make coalmining a truly hellish job.

Illinois might not be the first state you think of when you think of coalmining, but Lincoln’s birthplace actually has a rich mining history, and still has several active mines. Scorched Earth Brewing in Algonquin decided to honor hardworking miners with a robust porter featuring mining tools and the legendary mineshaft canary. Rich and chocolatey, Rugged Coalminer won gold at the 2017 L.A. International Beer Competition in the Robust Porter category. 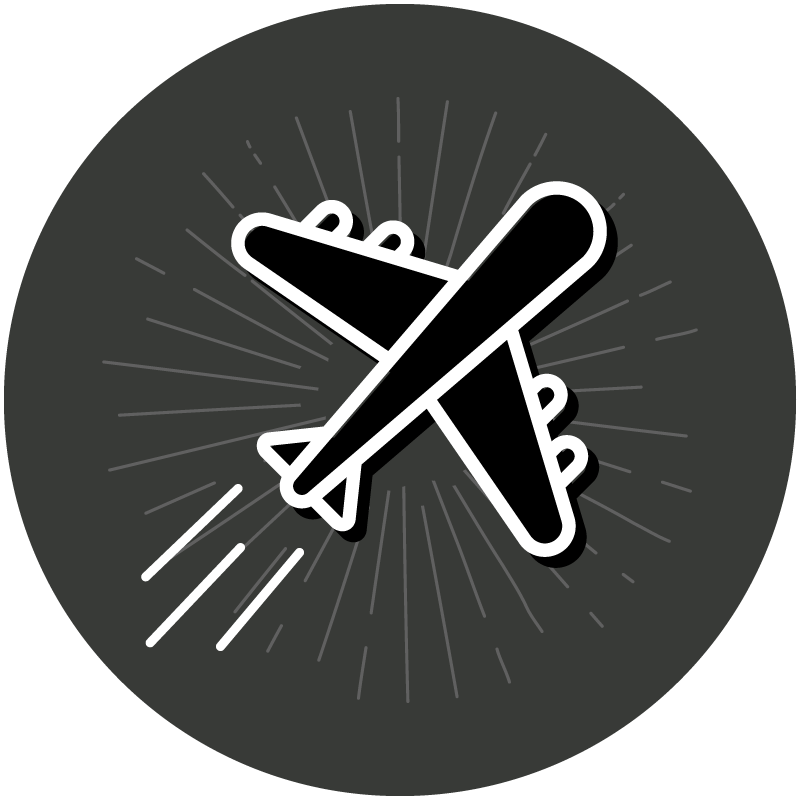 Evolution did not equip human beings with wings, so it’s safe to say we don’t come pre-programmed with a tremendous comfort level soaring through the sky thousands of feet above the ground. While most people are comfortable with air travel, some folks never do get over their fear of airplanes, much less jumping out of one.

Arcadia Ales founder Timothy Suprise had no such qualms as an Army Reserve cadet in college. He attended jump school at Fort Benning, Georgia. Decades later, long after he’d founded Arcadia near Kalamazoo, Michigan, he was talking with some customers who were avid skydivers, and they took him up for a few jumps. The experience provided the perfect name for the brewery’s new Simcoe-hopped, West Coast-inspired pale ale, Sky High Rye. There are no parachutes required to enjoy this crisp and well-balanced pale ale–you can keep both feet firmly planted on terra firma if you prefer. 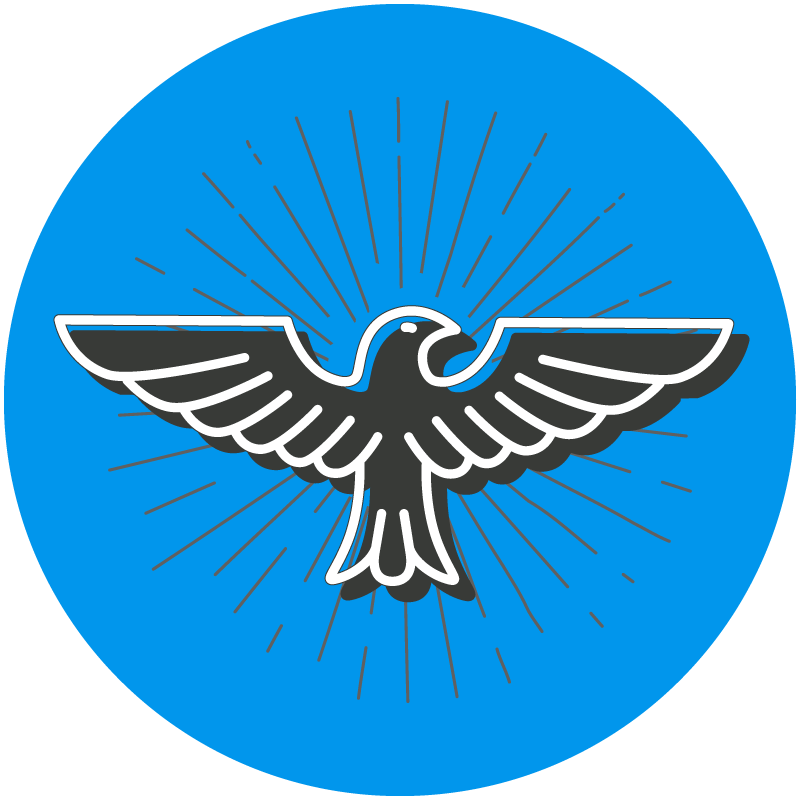 Birds might not sound all that scary if you don’t suffer from this unusual phobia, but that’s probably because you never watched Alfred Hitchcock’s “The Birds” during your formative years. I did, and while I’m not spooked of our avian friends, I can certainly understand why someone would be after that harrowing experience (I have a particular ornithophobic friend who refuses to get out of any car door that faces a tree).

Right Brain Brewery in Traverse City, Michigan, understands too, so they named their amber ale after one of the most fearsome, feisty feathered fiends (we’ll see if my editor lets that stand) in the state, the Northern Hawk Owl. Right Brain owner Russell Springsteen says, “This is an owl to be feared, as it is small, quick and clever and may get caught in your hair if you have mouse a nesting in there.”

Note to self: remove all nesting mice from hair before visiting Michigan to try this easy drinking amber. 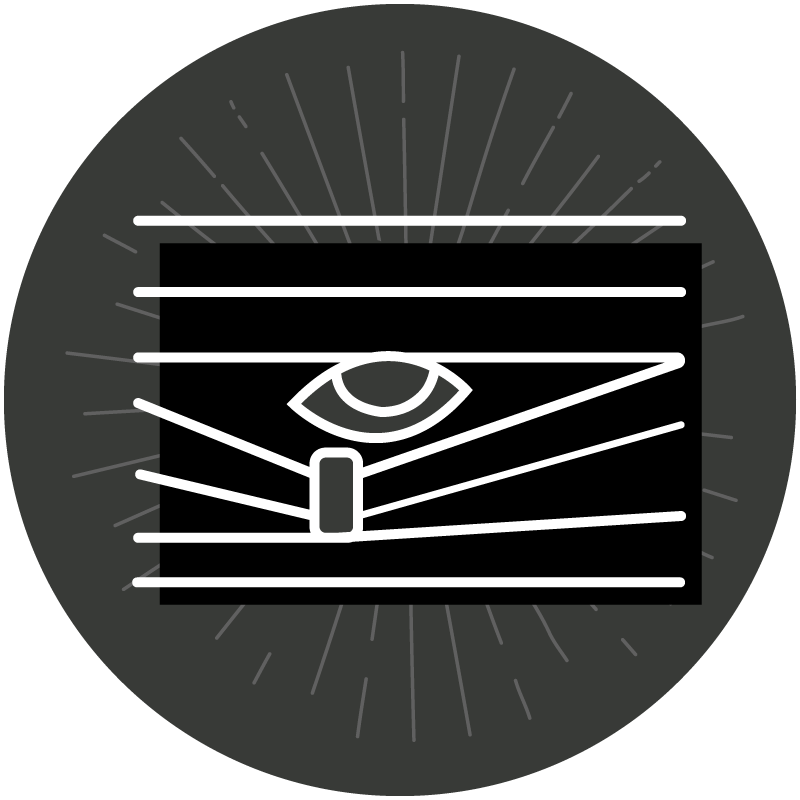 While most of us prefer not to be jostled around in a crowd, if you suffer from agoraphobia, it’s about a lot more than discomfort. When a person with this phobia feels trapped in a crowd or perceives a public space to be unsafe they can experience panic attacks and great anxiety.

If this describes you, you probably want to avoid that swirling human maelstrom of the rock music scene we call the mosh pit. San Diego’s Acoustic Ales gives musical names to many of their beers, but it’s their Mosh Pit red ale that will get an agoraphobe’s heart beating faster. Floral hop character, smooth caramel malt and a touch of spicy rye make this beer a much safer option than jumping around wildly with a bunch of strangers, though the beer’s ABV does have an ominous tone: 6.66%. 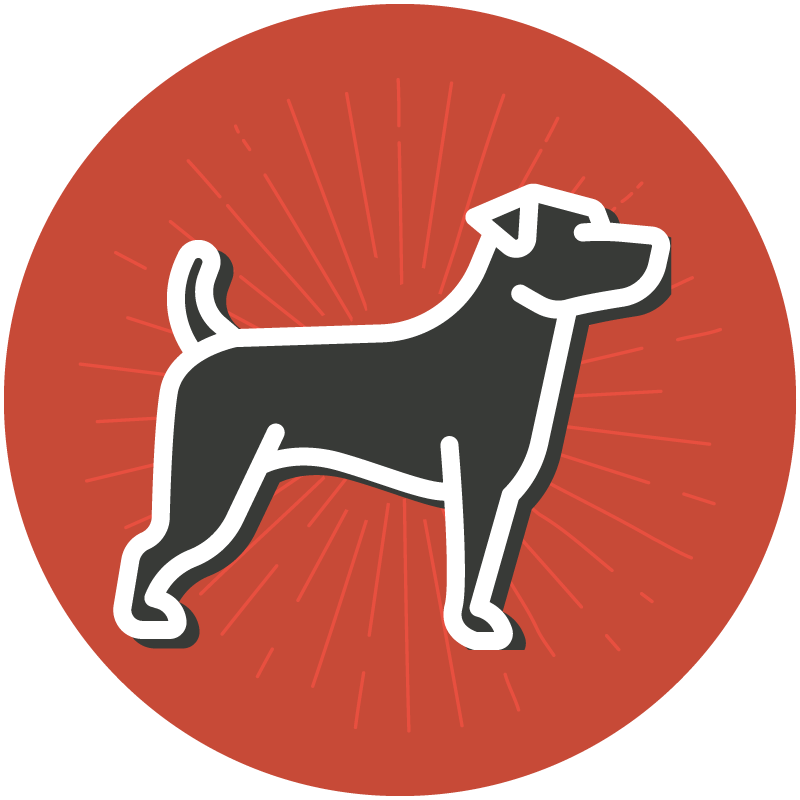 If you find your neighbor’s friendly, furry companion to be a source of terror, you probably want to avoid Akron’s Thirsty Dog Brewing altogether. While most of their canine-themed beers have humorous names like Barktoberfest and Old Leghumper, there’s nothing funny about their limited edition Belgian Tripel known as Cerberus. Named after the gigantic, three-headed guard dog who stood watch at the gate to Hades in Greek mythology, Cerberus isn’t to be trifled with. Cerberus might not be as frightening as its namesake, but at a sizable 10% ABV, you’d still be wise to show it some respect lest you find yourself rolling over and playing dead too early in the evening. 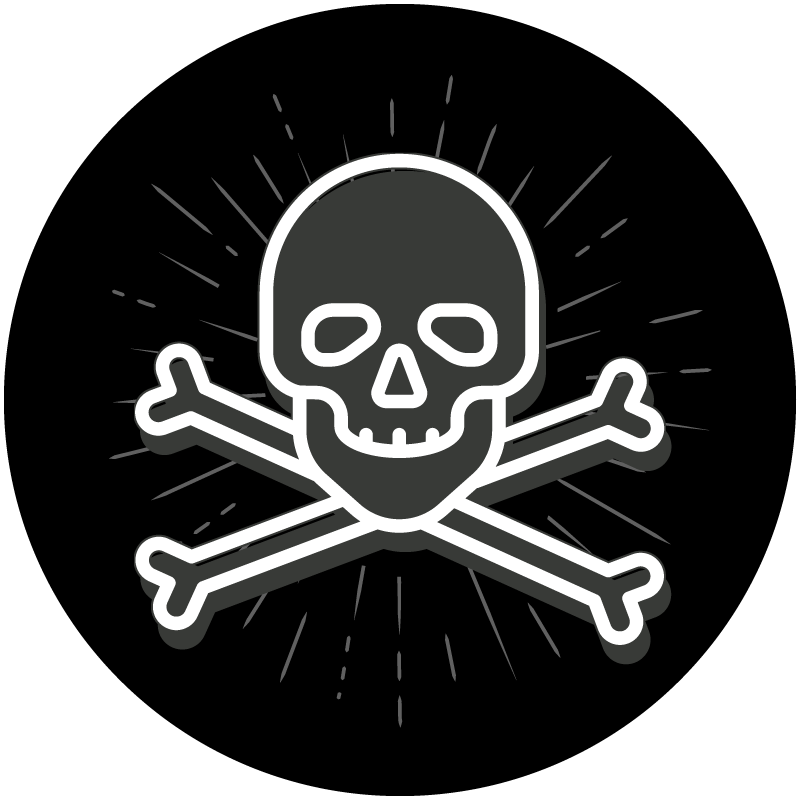 The good people at Three Floyds Brewing in Munster, Indiana, aren’t much for subtlety. They’re known for big, bruising beers with grim bottle art and outrageous names, so we’ve saved them for the biggest, baddest fear of all, the one we’ll all have to reckon with sooner or later: death itself. There’s no coming back from Permanent Funeral, a 10.5% ABV, 100 IBU imperial IPA brewed in collaboration with band Pig Destroyer, whose members are friends with the Three Floyds crew. Named after a track on Pig Destroyer’s album Book Burner, the beer is about as subtle as the band’s thrashing, grinding brand of metal. This hop monster thinks your fear of the grave is just adorable. Whether you laugh in the face of death or shake in your boots, nothing sets the mood for Halloween like a Permanent Funeral.

David Nilsen is a Certified Cicerone and a member of the National Book Critics Circle. He is a full-time freelance writer and beer educator, and leads beer classes, tastings, and pairings around Dayton, Ohio. He lives with his wife, daughter, and a very irritable cat.