Independent Craft Brewers Have a Right to Compete with Megabrewers

On the contrary, the BA’s activities are an honest effort to help craft brewers compete with megabrewers, which are buying some craft brewers and using their clout to gain control of the craft segment the way they control the mainstream light lager segment of the industry.

This is competition, and it is nothing new.

Independents have no choice but to band together and differentiate themselves.

American brewers have always competed fiercely. Over the years, the megabrewers have called each other out for use of ingredients other than water, malted barley, yeast and hops. They have challenged each other’s advertising claims in national ads. “Beer wars” have long been a staple of media coverage of the industry. So what is wrong with small brewers vigorously defending themselves? Corporate brewers have huge advantages over independents. Independents have no choice but to band together and differentiate themselves.

Craft brewers are rising for the same reasons wine and spirits are rising at the expense of light lager beer: they are giving consumers what they want — interesting beverages for all occasions.

Mr. Goldfarb is not incorrect to point out gray areas created by the BA’s craft brewer definition: small (less than 6 million barrels), independent (not more than 25 percent owned by a non-craft brewer), and traditional (more than 50 percent of production is craft beer). Founders Brewing Co. chose not to hue to the BA definition. My company, with a 24.5 percent investment from Kirin, chose to do so. Yes, Duvel Moortgat is an “international brewer,” but it brews well under 6 million barrels annually. Comparing it to Anheuser-Busch InBev (ABI) (522 million barrels globally) or Heineken (186 million barrels globally) is absurd. Yes, private equity is demanding but it does not confer any unfair advantage in the marketplace. Private equity is just money, impatient money. And no one is more independent than Dick Yuengling.

What does Goldfarb think independent brewers should do? Embrace the companies that relegate us to the bottom of the cooler; that get us thrown out of our hometown ballparks; that make their distributors sign “equity” contracts that insure unequal treatment, that lobby for laws that enable them to give away wearables, tv sets, coolers, Super Bowl vacations and endless chotskies to gain customers–the kind of incentives craft brewers could never afford? (Interestingly, an August 3 article by VinePair Editor Emily Saladino asked 10 brewmasters to name their favorite stadium beer. Eight of the 10 were companies wholly owned by ABI. Guess what their favorites were?)

In 1980, there were fewer than 50 brewing companies in the USA. Independent brewers had been bulldozed by the megabrewers. The Brewers Association of America (BAA), a precursor to today’s Brewers Association (BA), was called “the last man standing club.” The BAA did not fight back. The BAA actually was dependent on the megabrewers for financial and political support. The BAA could not fight back.

Thankfully, the BA can.

Would craft brewers embracing corporate brewers arrest the decline of light lager? Would it enable the brewing industry to better compete with wine and liquor? Would the US beer industry be better off without independent craft brewers speaking their minds?

I don’t think so.

Independent Craft Brewers Have a Right to Compete with Megabrewers was last modified: September 17th, 2018 by Steve Hindy 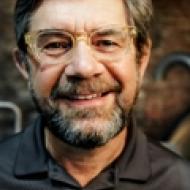 Steve Hindy is the co-founder and chairman of Brooklyn Brewery in Brooklyn, New York. Before founding Brooklyn Brewery, Hindy was a journalist, including roles as the Middle East correspondent for the Associated Press and an editor at Newsday. He currently sits on the Brewers Association Board of Directors.