Craft Brewing Growth Statistics for 2016 Released by the Brewers Association

Small and independent craft brewers saw a six percent rise in volume and accounted for more than 12 percent market share in the beer industry in 2016, according to an annual report released Tuesday by the Brewers Association (BA).

The report, which also gave insight into how acquisitions are impacting the segment, is compiled by the Brewers Association (the publishers of CraftBeer.com) and led by the BA’s Chief Economist Bart Watson. Watson says it’s important to understand what the numbers inside the report mean.

The nuance is important. Polls show beer drinkers increasingly care about who makes their beer.

Here are more juicy numbers from the BA report:

Small and independent breweries accounted for 99 percent of the operating breweries in the U.S. in 2016.

The South Heats Up

Four Southern states — Virginia, North Carolina, Florida and Texas — each saw a net increase of more than 35 breweries in 2016. The BA report says it’s a sign the region is establishing “a strong base” for growth. (Need proof? CraftBeer.com contributor Nora McGuinnigle shows you Craft Breweries to Watch in 7 Southern Cities)

How Acquisitions Impacted Craft Beer in 2016

One factor to consider when looking at craft brewer growth year to year is how acquisitions of small breweries by large global brewers factors into the big picture.

And the smallest of those small breweries are helping keep barrel production numbers high. Watson says microbreweries and brewpubs delivered 90 percent of the craft brewer growth.

The growth report is the second major news release out of the BA this month. Two weeks ago, the not-for-profit group released its list of Top 50 U.S. Craft Brewers. The rankings were objective, directly based on volume of beer produced by small and independent craft brewers (which some undiscerning readers mistook for a “best of” listicle, creating a firestorm on the CraftBeer.com Facebook page, asking why their favorite brewery wasn’t listed).

The BA’s methodology for today’s growth report was based on data collected from the Beer Industry Production Survey (BIPS). You can read more about the data at the Brewers Association’s website. Watson will give more insight into the numbers during April’s Craft Brewers Conference in Washington, DC, and full industry analysis will be published in the May/June 2017 issue of The New Brewer. 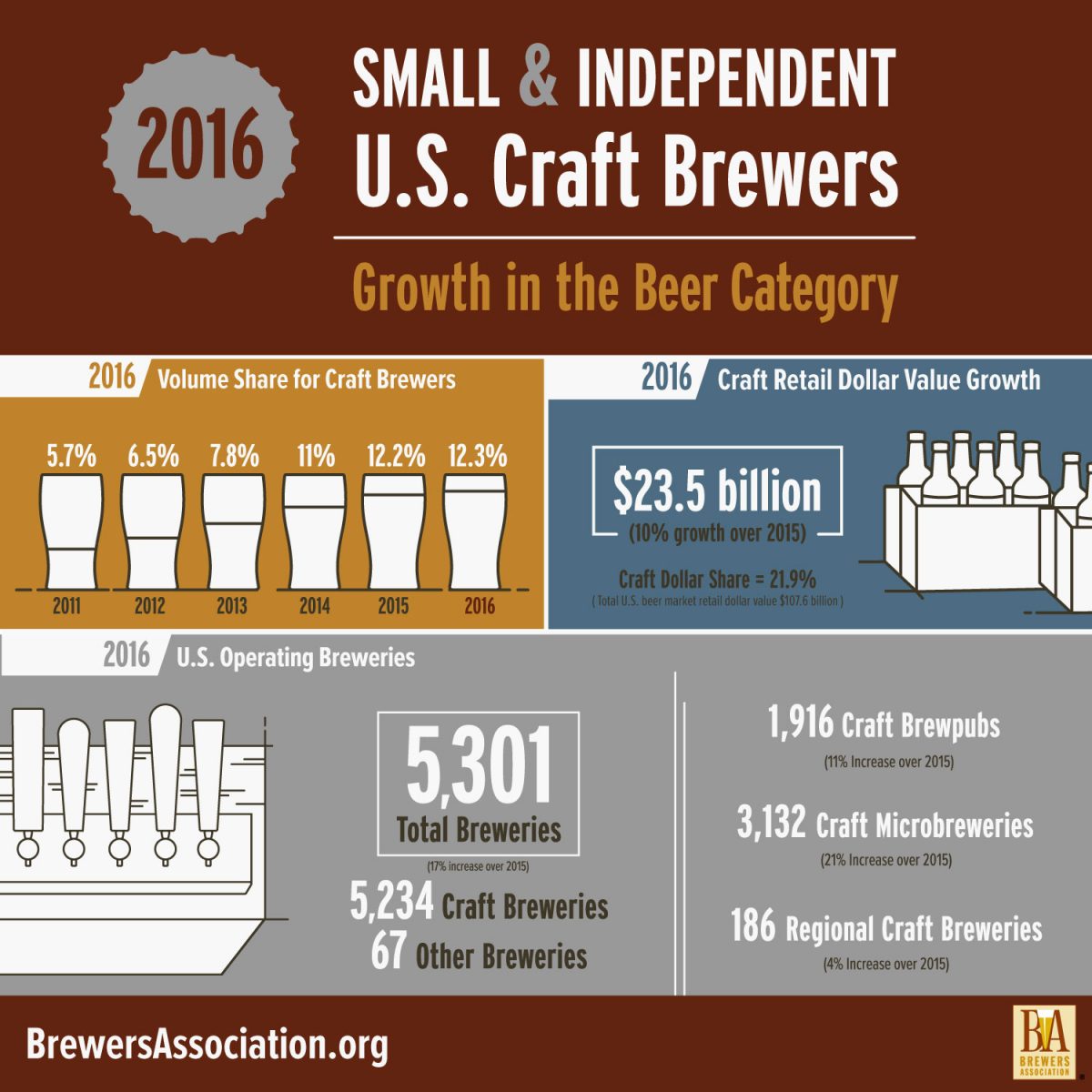