The mission of Throwback Brewery in North Hampton, N.H., is to emulate pre-Prohibition brewers, who crafted beer meant to be enjoyed by their local community. At Throwback, this nod to craft beer’s historic roots melds with a vibrant, modern truth: craft beer creates sustainable communities with a considerable economic power to do good.

The brewery has quickly expanded from a small nano-brewery into an expansive operation at a historic farmhouse dating back to the 1860s.

“Hobbs Farm went up for auction three years ago,” explained Nicole Carrier, co-founder and general manager. “We were competing against developers who wanted to tear down the original Victorian farmhouse and build on the remaining 12 acres. We had tremendous support from the neighbors and the town. We were the high bidder and have been able to maintain the property as a true community asset.”

Sit outside in good weather and you’ll be joined by chickens, and have great views of the farm’s offerings, including a hop field. Move inside and you will be treated to a spacious, yet cozy taproom with fine dining. Outstanding food perfectly complements the delicious beers Head Brewer and Co-Founder Annette Lee has on tap any given day. The beers are a wonderful mix of year-round and seasonal beers that do Throwback’s mission proud. 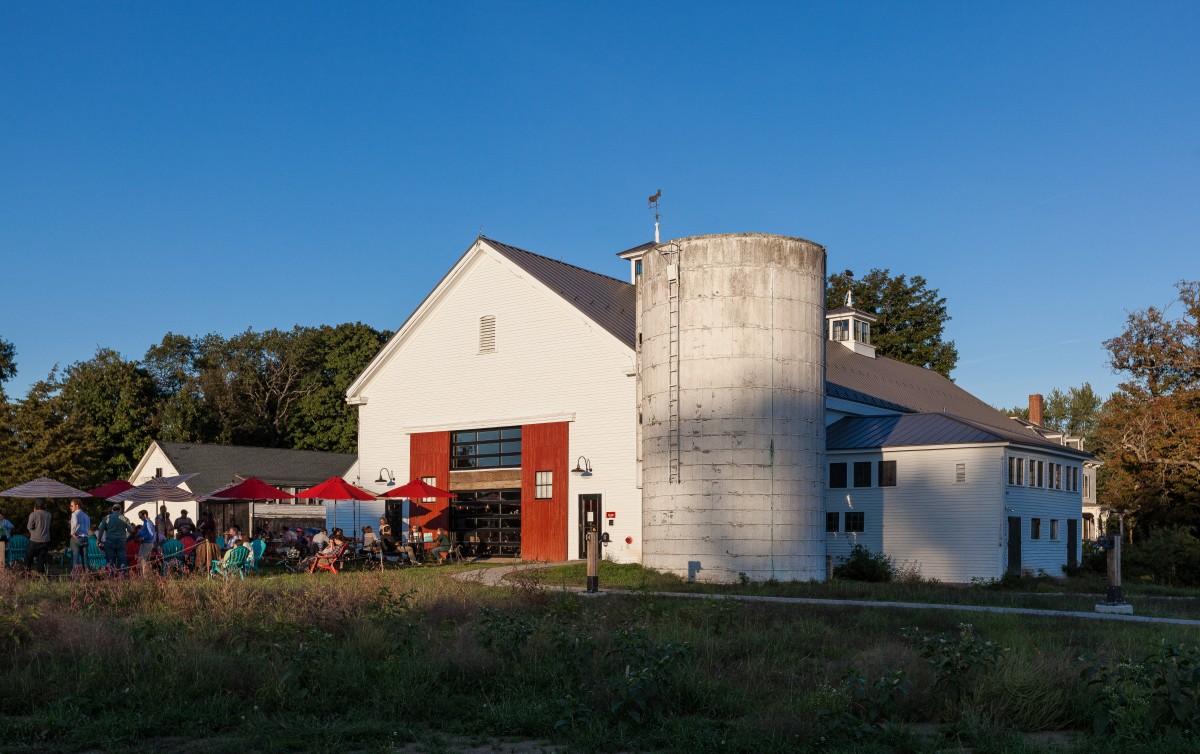 All of the beers at Throwback have wonderfully complex flavors–there is nothing thin about this sipping experience. Standouts included the Dippity Do Brown Ale, Donkey-Hote Double IPA and Maple-Kissed Wheat Porter. These were joined by seasonals Spicy Bohemian-Jalapeno Pilsner and Gourdgeous Pumpkin Ale. Clever is the word that comes to mind in sampling at Throwback Brewery.

“Annette and I have been homebrewing together since 2000, said Carrier. “I love the recipe aspect of brewing and she loves the science.’

The two founders are dedicated to an idea of Terroir (which translates to “a sense of place”), which was first introduced by wine producers. Carrier said between 65 to 99 percent of the ingredients for their beer are obtained within 200 miles of the brewery (percentage depends upon the beer). The plan is for some of their supply to be grown on the property, including eventually up to two acres of hops and five acres of fruits and vegetables for both the kitchen and beer.

Throwback is one of two craft breweries in the adjoining towns of Hampton and North Hampton. Nearby Smuttynose Brewing also bought a local, historic farm for its new location, and it just so happens that Lee interned at the original Smuttynose brewery in Portsmouth. The two breweries are building a strong craft beer tourism market in the New Hampshire town, which has discovered that a rising craft beer tide floats all economic boats.

“I really like having them (Smuttynose Brewing) close,” Carrier added. “We each send visitors to the other’s brewery.”

“Our customers are so supportive,” Carrie said. “It’s like hanging out at home with your friends.”