From Thesis to Festival: Beers With(out) Beards Returns Bigger and Better Than Ever

The New York City beer festival that features women brewers and female-led breweries is back in 2019. The founder tells you what's new.

END_OF_DOCUMENT_TOKEN_TO_BE_REPLACED

In 2018, Hop Culture launched the inaugural Beers With(out) Beards Week, a love letter to anyone who has ever felt alone while pursuing her interests. We had a beer dinner, …

END_OF_DOCUMENT_TOKEN_TO_BE_REPLACED

Beers With(out) Beards Slices Through the Stubble of Craft Beer

Beers With(out) Beards takes place from August 7 to12, with multiple events that touch on various aspects of craft beer culture that focus on women.

END_OF_DOCUMENT_TOKEN_TO_BE_REPLACED 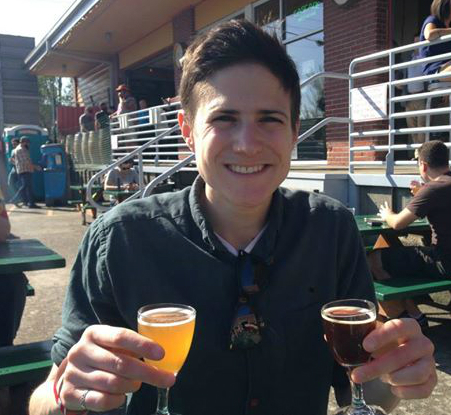 Grace Weitz is an avid craft beer nerd who has always found a way to work with beer. After graduating with a journalism degree from Northwestern University, she attended culinary school before working in restaurant management and moonlighting as a brand ambassador at 3 Sheeps Brewing Co. She later moved into the beer industry full time as an account coordinator at 5 Rabbit Cerveceria. Grace recently graduated with an M.A. in Food Studies from NYU. While in graduate school she continued to pursue her passion for beer, interning at Brooklyn Brew Shop and working as the social media manager at Five Boroughs Brewing Co. before becoming the Marketing Manager at the online beer publication, Hop Culture.