Guide: How to Pair Beers and Burgers for Summer

Burger season is back and a burger wouldn’t be complete without a great beer. Whether you’re enjoying a highbrow, haute cuisine-inspired super burger, or a no-frills, delightfully simple one, there’s a craft beer out there to match it. Here’s a handy beer and burger pairing guide, plus a little history and science that’ll make your next cook-out the best one yet.

(COOK WITH BEER: Our Favorite Bacon and Beer Recipes)

The simple greatness of the burger is deceptive. What seems such an easy arrangement of meat, bread and cheese at its most basic is actually a product of some sophisticated science. The scientific name for what makes a burger so delicious is the “Maillard Reaction.” This is a process by which the sugars and proteins found naturally in meat caramelize under heat, creating a burger’s trademark crispiness and flavor. The Maillard Reaction is what turns “meh” to marvelous.

A Burger Is Born

There are all sorts of stories and myths about how the burger made its way to America. There’s little disagreement, however, on the reason for the burger’s popularity: Americans wanted a quick, filling meal that they could eat at a lunch counter or take on the go. The burger proved to be an inexpensive hit.

And so, it was born—the beloved burger—food of working class.

Whether you’re a charcoal devotee or propane all the way, the key to the best burger is to maintain as much juiciness in the patty as you can. The carnal sin of bad burger grillers is pressing the patties down, which lets the juices escape onto the fire below. As the juices go, so too goes the flavor.

For best results, choose ground beef that contains at least 15 percent white fat. White fat has a higher melting point, meaning the juices will stay put. You can ensure a crispy, juicy burger by cooking your patties in a searing hot cast-iron skillet right atop your grill. Place the cast-iron directly on the grill grate and let it get hot before the patties go in to ensure they’ll crisp up.

If you’re not a cast-iron fan, you can achieve the same quality by making sure your grill is nice and hot before putting the patties on. Making sure the patties are evenly formed helps keep them consistent, as well. Uneven patties can turn into dreaded burger baseballs on the bun, making it impossible to add condiments and cook uniformly.

Remember, a burger continues to cook after it’s been taken off the heat, so pull it a bit before your desired doneness and let it sit for a few minutes.

(TRAVEL: 7 Offbeat Places for People Who Like Craft Beer) 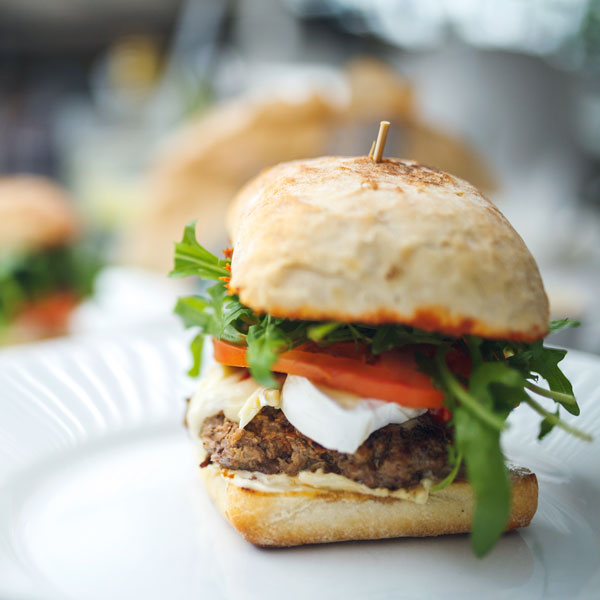 To keep things breezy, try these summer suds. Top your burger with pineapple, jalapeno and jack cheese for a spicy, tropical vibe that can’t be beat. Take it a step further and slip your burger right onto a Hawaiian sweet bread roll for the ultimate delight. Pair with:

According to the brewery, this perfect porch beer is “made for drinkin’.” Its grassy hop notes pair perfectly with backyard grilling. Crisp, cool and canned for a day in the sun. No fuss, no gimmicks; just a well-made easy-drinker.

This twist on an old classic has that familiar banana flavor like many wheat beers, without being cloying. Its unfiltered body stands up well to a burger. It is creamy, available year-round, comes in 16-ounce cans, and was born for a cook-out.

This clean-tasting ale is a dream session beer. It was also a 2011 Great American Beer Festival silver medalist. How do you make peace with the sweltering sun beating down as you stand over the grill? Sip on this refreshing, straightforward beer until the sun gives up and sets in defeat.

Though the brewery advertises this beer as lighter in body, it is a surprisingly sturdy fruit beer. That’s probably because the Dark Horse brewers pride themselves in “making badass beer,” as their slogan suggests. This “beer first, fruit second” brew is a solid choice. Its pretty pinkish pour pairs with a summer sunset, but don’t take this one for granted. It’s more complex than you’d expect.

Take things up a notch with these medium-bodied pairings, meant to offer a bit more than a sunshine sipper. Try these beers with CraftBeer.com’s Bacon Cheddar Ale Burger from contributor Jason Adams. This melty beer cheese-sauced burger is next level. Pair with: 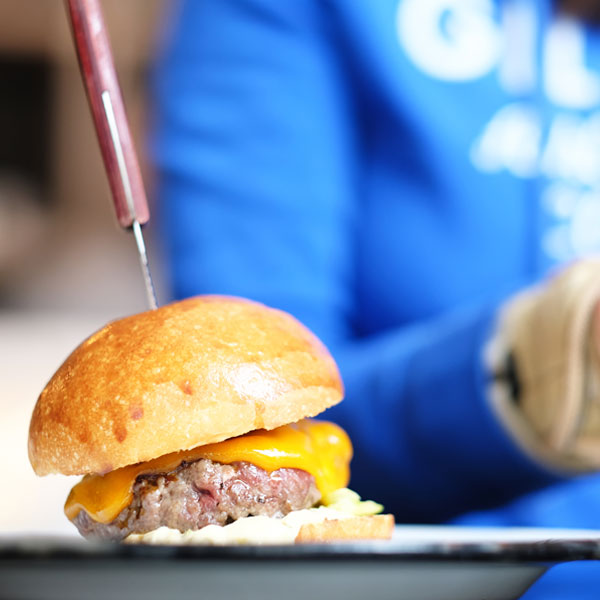 Sixteen Counties, a unique Belgian-inspired ale from Allagash is a nod to the rich farming tradition in 16 of Maine’s counties. It features all Maine-grown grains and has an amazing floral aroma that makes you feel like you’re standing in the fields of a beautiful farm. You’ll find traditional Belgian yeast character but with a surprising and welcome crispness and complexity.

This lager is malty without being bready. It somehow manages to be simultaneously smooth, light and full. A nice but not overwhelming hop aroma rounds out the beer. This pairing is the middle of the road in a great way, and its unobtrusive yet delightful flavor is a pleasure. A balanced beer for a big burger.

This flagship IPA is hoppy, to be sure, but more on the tropical side than its danker mainland cohorts. Citrus notes brighten the beer, making it subtle and lively. A copper hue and medium body mean it won’t back down from a perfectly caramelized patty.

(COOK WITH BEER: How to Make Beer Soaked Grilled Cheese)

Come Over to the Dark Side

Summer sun doesn’t mean that darker beers don’t have a place at the table. You can still enjoy brooding brews in the warmer months, especially paired with a burger decadently topped with cast-iron-melted blue cheese, black pepper and caramelized onions. This sultry, suave burger is fair game in any season. Pair with:

From one of Oregon’s famed hop-growing havens comes this silky, sexy porter. It is full-bodied and roasty without acidic bitterness. Though it’s from hop country, it’s a welcome break from the IBU blasters. It pours dark with a dark head, though this beer’s ominous look belies its balanced smoothness. It’s a dark beer that’ll brighten the day; a summer storm to keep things lively.

This is where dark meets drinkable. This sessionable little lager is an inky joy. It is available year-round, likely because it defies labels. It pours opaque black, with subtle smokiness redolent of a campfire without the burn. Yet, at the same time, its teensy ABV and vivaciousness align it with beers of a much lighter appearance made for long haul drinking.

Burgers and beers were meant to be friends. Whether it’s big, bolder pairings or simple, lighter fare, the two together simply work. If you’re tired of the same old cookout options, ditch the boring deli potato salad and sad hotdogs, and opt instead for a match made in heaven.

Guide: How to Pair Beers and Burgers for Summer was last modified: October 29th, 2018 by Hanna Laney

Hanna Laney is a freelance writer living in Portland, Oregon. She began her career working in some of America's best-loved craft breweries and now works for her family business, Laney Family Farms. She likes Cascade hops, medium-rare steak and low-brow television.