Many people worry that beer appreciation and beer tasting events are starting to give beer a snobbish vibe, but it doesn’t have to be that way.

Of course, it’s great to learn to taste beer properly in order to better appreciate its many complex and delicious flavors, and formal beer tasting techniques have their place. For homebrewers, beer drinkers who participate in online tasting forums or apps, and people who work with beer, being familiar with proper tasting techniques is extremely useful, as it makes it easier to express and share personal impressions.

(READ: These 7 Dark Lagers are Easy on the Palate)

There are also specific occasions when a step-by-step analysis comes in handy. For example, when starting a beer cellar, the best way to identify how each individual beer will evolve over time is to crack open a bottle and take notes. When you pull the aged version off the cellar shelf a year (or five!) later, you can revisit your first impressions and compare them with the new qualities that have developed. The more detailed the notes, the easier it will be to spot differences.

But for the casual beer drinker, there’s no need to dissect a beer or turn each sip into a production. Simply taking a moment to stop and observe flavors—and your reaction to them—will tell you a lot about your own unique beer palate.

Some connections are obvious. For example: If you enjoy stouts, you will probably like porters. With a little more information, further associations can be made. If you enjoy stouts because of their drinkability, lower alcohol content and lower carbonation levels, you might also gravitate towards other British-style ales. On the other hand, if you like stouts simply because of their relatively low hop bitterness, you’ll probably also enjoy Belgian styles, which can have a bolder alcohol content and carbonation but generally aren’t very bitter.

(READ: 9 Venues That Prove You Can’t Beat a Brewery Wedding)

Acquiring this knowledge is not snooty—it’s empowering. Having a list of preferred beer characteristics comes in handy when selecting new beers to try. After all, a bartender is much more likely to recommend the right beer when given a list of your favorite flavors and styles.

Apart from these practical aspects, taking the time to observe and appreciate flavors is about being in the moment. It’s about enjoying the beverage in front of you on a deeper level. Beer tasting can be as easy as paying attention to the first sip of every new beer to see if any flavors stand out and, if so, whether they are pleasant or familiar. It’s surprising how many notes reveal themselves to those who stop and savor.

Another fun way to train the palate is by playing beer-tasting games. Beer is, after all, a social beverage. When having a pint with friends, why not put away those cell phones and stimulate everyone’s taste buds and brains with one of these fun games.

(READ: Tactical Tasting: How to Harness Your Sixth Sense)

This activity requires everyone at the table to order the same beer. You will need a sheet of paper (or spare coaster) and a pen for each of your friends. Once everyone has their beer, ask them to take a moment to taste the beer and pick out either three or five adjectives that describe the flavors and aromas in the beer (depending on how challenging you would like the tasting to be). Once everyone is done, compare notes and look for overlap.

This game is about comparing the intensity of various beer qualities. It is best played at home, or at an establishment that has a beer paddle or sample tray on the menu, as you need a few different beers to compare (ideally 5-6). This game requires no further preparation or materials. It is best done as a group or in teams, but it can certainly also be enjoyed as a game of solitaire.

The rules are simple: sample a range of beers and put them in order. It’s particularly interesting to use the same group of beers and reorder them three or four times according to different criteria, causing people to look at the same beers under different lights.

Here are a few suggested ranking orders to try: 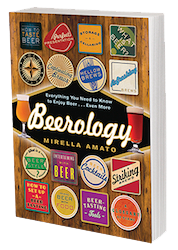 Having fun yet? These beer-tasting games are drawn from my book, Beerology: Everything You Need to Know to Enjoy Beer…Even More. The “Tasting Games” section of the book also explains these additional beer tasting activities:

Since beer can be enjoyed on so many levels, why not dive in and have a little fun! 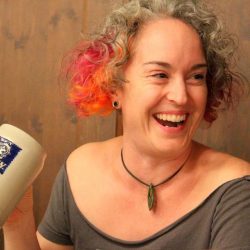 Mirella Amato is a driving force within the beer industry, having carved out her place as a consultant and educator in the world of beer. As a craft beer and sensory evaluation specialist, international judge and Master Cicerone©, her mission is to help grow the industry by promoting a better understanding of beer and its many qualities through her company, Beerology©. Mirella is the author of the award-winning book: Beerology: Everything You Need to Know to Enjoy Beer…Even More.