Experimental hops come and go, but some are just compelling enough to withstand the lengthy process of selection and breeding. Breeding agronomics, brewer preference and beer lover choice all work collaboratively to decide the next hop variety. But unsurprisingly, craft beer drinkers truly drive the demands.

“It’s all market pull,” suggests Scott Dorsch, agronomist at Odell Brewing. “If there’s not a demand for the hop, then it won’t see the light of day.”

Once the breeders grow enough hops to distribute to breweries, brewers utilize these hops in their experimental beers. They’ll show them off in their taprooms, gathering direct consumer feedback. Or they’ll run the beers through their sensory programs for better data capture.

Ideally, this feedback goes directly to the hop breeders and growers where it better serves the industry as a whole.

“We give them the feedback that they can then decide where to go,” says Brendan McGivney, Odell’s chief operating officer. “We’ll send beer to them after we test it through our trained test panel, and give that raw feedback to the breeders and growers as well.”

The call for hazy, low-bittered IPAs drives the demand for flavorful, complex and fruit-forward hops—breeders have heard this loud and clear. The list below shows that not only will breeders meet consumer demand but are willing to push the envelope and showcase new flavors of hops that have been historically undiscovered.

Released commercially in 2018, Sabro is the latest hop to join the robust portfolio of the Hop Breeding Company (HBC), a joint venture between Yakima Chief Ranches and John I. Haas. Formerly HBC 438, Sabro is of Neomexicanus heritage, a subspecies of hop originating from the American Southwest.

Sabro had an interesting route to commercialization. Instead of distributing to breweries first, Sabro was shared with homebrewers: “For a long time, they were only letting homebrewers use it, which I thought was really cool,” says Dorsch at Odell. “Then they figured that they had something good going on with this hop.”

From a flavor standpoint, Sabro is a very complex and expressive hop, but distinctive. Flavors of sweet fruit and citrus are evident. But it’s also layered with notes of cream, coconut, stone fruit and cedar. Though it can easily stand on its own in a beer, its polarizing flavor profile can also complement another hop just as easily. This complex flavor derives from its Neomexicanus heritage.

“I’ve been brewing with Sabro [then HBC 438] since I started brewing commercially, around 2012,” says Chris Baum of Varietal Beer Co., a Yakima Valley microbrewery that’s well-known for utilizing experimental hops, and has a long history with Sabro. “In fact, my business partner brewed with it for way longer since it was growing in his backyard.”

Formerly known as X331 and released in 2018, Strata is both an industry underdog and the darling of new-wave hops that are coming out of Oregon. Strata—the daughter of German Perle—is Indie Hops’ first commercial release out of their breeding program with Oregon State University, which has been operating since 2010.

“Willamette Valley hops were prized because they were very noble and European-like,” Dorsch describes, “but with the trends of the craft beer industry over the last few years, we were moving to bigger and bolder hops that were coming out of the Yakima Valley or south Idaho’s Treasure Valley, both being high-plateau deserts.” With good agronomics in its favor, Strata also stands unique amongst hops in Oregon. It’s more reminiscent of hops being released out of Washington and Idaho, especially in flavor.

(Related: The Precarious Future of Wild Hops of the American West)

Given its fruit-forward flavor profile, industry players noticed it right away. Before Strata was commercially released, Fort George Brewery was able to showcase in their highly-anticipated, 3-Way IPA in 2017 with Reuben’s Brews and Great Notion Brewing. It was selected amongst various, single-hop pilot brews. Dave Coyne, Fort George’s R+D brewer, recalls, “Strata has really, really intense fruit character; we got a lot of orange out of that one. We actually ended up calling it ‘No Pulp’, because it was just so orange juice-y. In subsequent crops, we still get a lot of citrus fruit, but we’re also seeing more flavors of stone fruit and tropical fruit.”

“We were really amazed by that kind of character coming out of an Oregon hop,” says Brandon McGivney of Odell. “It’s a pretty big departure from the normal varieties that are growing in Oregon.” Strata has been featured in Odell’s “Wolf Picker” series, which is a yearly-released IPA featuring a new, experimental hop. Strata has since graduated to a full-time role in Odell’s brewhouse, now used in Mountain Standard IPA along with Sabro and Cashmere.

Initially crossed in 2006, Hopsteiner’s Lotus boasts a Japanese heritage through Eastern Gold with a mix of Apollo and Cascade, and bred with a U.S. male of Neomexicanus heritage. It was released February 2019, making it the latest commercialized variety to date.

(More: He Saw Beauty in an Old Barn. He Turned it Into a Brewery)

Though it persevered in a decade-long breeding process, it was familiar to the brewing industry as X06297. Strong notes of vanilla cream and orange are enough to set it apart in the marketplace, and it’s been used by craft brewers like Other Half Brewing and Crooked Stave.

“It gives this really interesting, creamy coconutty texture to it, while still having a very intense tropical profile that we really like,” adds Coyne of Fort George.

Varietal Beer Co. has had some extra time to be acquainted with such a unique hop. “It’s a weird combination of orange, vanilla and figs,” says Chris Baum. “There’s like an earthy undertone that buffs everything of that hop. It’s weird, but I like it a lot.” Varietal Beer Co. has been able to showcase it their beer a few times, most recently in their collaboration with Deschutes Brewery in early 2019.

HBC 586 and 638 are experimentals from the Hop Breeding Company still in their pre-commercialization stage. This is the testing phase, where growers only have a select amount of acreage and distribute the hops to various breweries for eventual feedback.

First planted in 2008, HBC 586 is positioned as a bright, fruit-forward hop ready to grace the next generation of IPAs. As an upcoming feature in Odell’s 2019 Wolf Picker, HBC 586 finally scored a big, national stage and is ready to impress.

“Sweet fruit is the best descriptor I can use. It’s just perfectly ripe, dripping fruit like apricot and peach—really intense, yet pleasant,” describes Odell’s Brendan McGivney. “And there’s no sulfur off-notes that accompany other tropical hops. It’s a cleaner fruit.”

HBC 638 is less straight-forward, to its benefit. “It’s incredibly complex and versatile. It has those tropical fruit flavors that everyone is enjoying these days, but it also has a very nice floral component,” says McGivney. “The things I like about a great Centennial are included in 638. Not that it’s a one-to-one replacement, but there’s a unique complexity — making it a pretty amazing, single variety.”

Though feedback is scarce, breweries like Dogfish Head and Bale Breaker have been trying on HBC 638 for size recently.

The Sky’s the Limit for Experimental Hops

In hops, flavor is king, but flavor has room to grow as the industry matures and brewers are embracing experimental hops.

“I definitely don’t think that the juice bomb IPAs are going to go anywhere. I do think there is going to be a stronger appreciation for floral and pine, and classic noble characters,” Coyne adds. “Lagers seem like they’re catching more momentum in craft beer.”

Instead of replicating current hops, breeders are continuously unearthing new attributes, lending hops to be a more dynamic ingredient in craft beer than ever before.

“With native hops, we’re only seeing the tip of the iceberg right now. I think there are so many flavor profiles yet to be determined,” Dorsch concludes. “The sky’s the limit, and the craft brew industry has really allowed that to happen.” 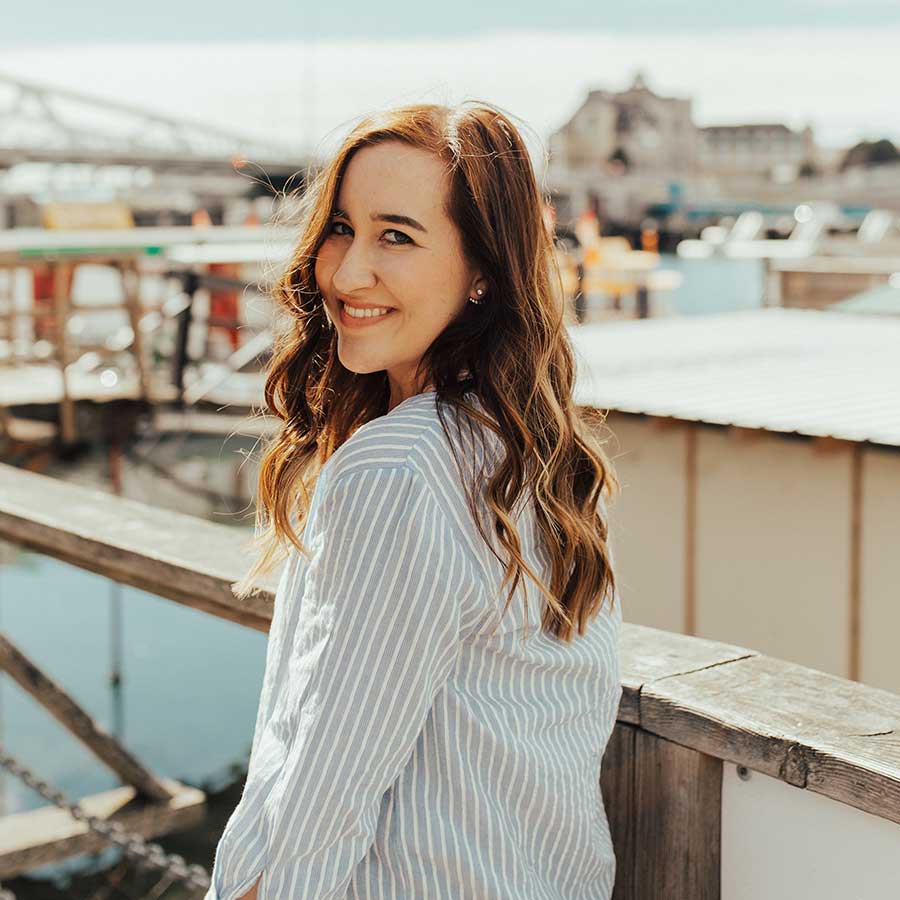 Hannah is a craft beer and travel writer based in the Pacific Northwest. An early interest in brewing quickly grew into a passion for agriculture in her hometown of Yakima, Washington. When she’s not working on the next writing project, you’ll likely find her sniffing hops at her day job at John I. Haas. You can find out more about her storytelling projects at hannahhaas.com.